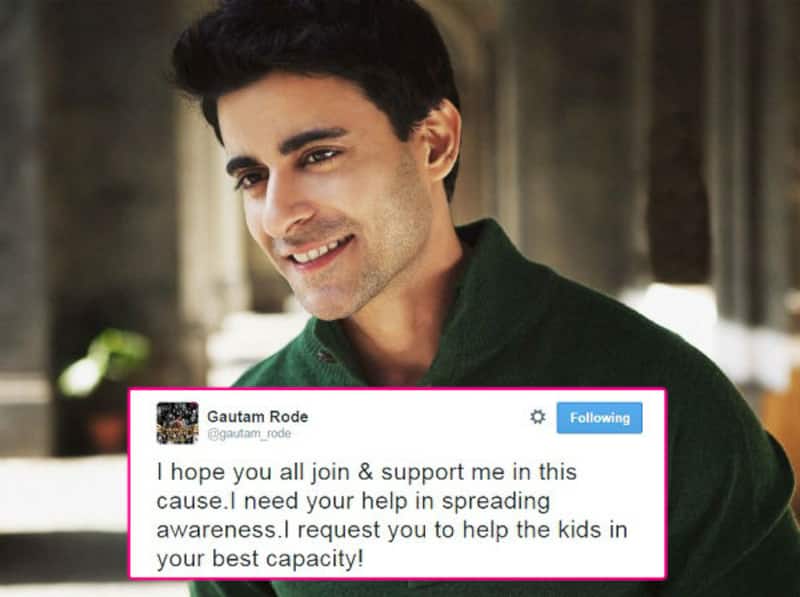 The actor has a heart of gold indeed!

Gautam Rode recently started working on the new show Mahakumbh. The actor is widely popular among the telly-loving audience, specially for his role of Saras in the recently concluded show, Saraswatichandra. Apart from acting the actor has also shown interest in doing some social work. Also Read - Big blow to Bade Achhe Lagte Hain 2; lead star Nakuul Mehta tests positive for COVID-19; says 'We shall overcome'

On his Twitter handle, Rode recently announced, "Im shocked to know that there are approx 11million streetkids all over India & every 8 mins,one child goes missing!" He has now taken it upon himself to start an initiative named Helping Hands, which is to work towards the betterment of street children. Also Read - Nakaab actress Esha Gupta opens up on the 'DARK SIDE of what industry people go through' [EXCLUSIVE VIDEO]

In another tweet, the Mahakumbh actor revealed, "#HelpingHands is an initiative that I have taken to contribute my bit towards the betterment of the street kids" The actor has already started getting overwhelming response for his initiative from his fans all around the world. Also Read - 'Well read, prankster, punctual,' Esha Gupta relives her memories of working with Ajay Devgn, Akshay Kumar, Saif Ali Khan, Emraan Hashmi [EXCLUSIVE VIDEO]

#HelpingHands is an initiative that I have taken to contribute my bit towards the betterment of the street kids. pic.twitter.com/0TIYv8a03r

In another tweet, Gautam has urged his fans to support him in the cause. "I hope you all join & support me in this cause.I need your help in spreading awareness.I request you to help the kids in your best capacity!" he says.

Kudos to Gautam for thinking about contributing his time to a crucial subject! What are your thoughts on this? Do let me know in the comments section below!