Mahakumbh's cast at Varanasi to promote the show 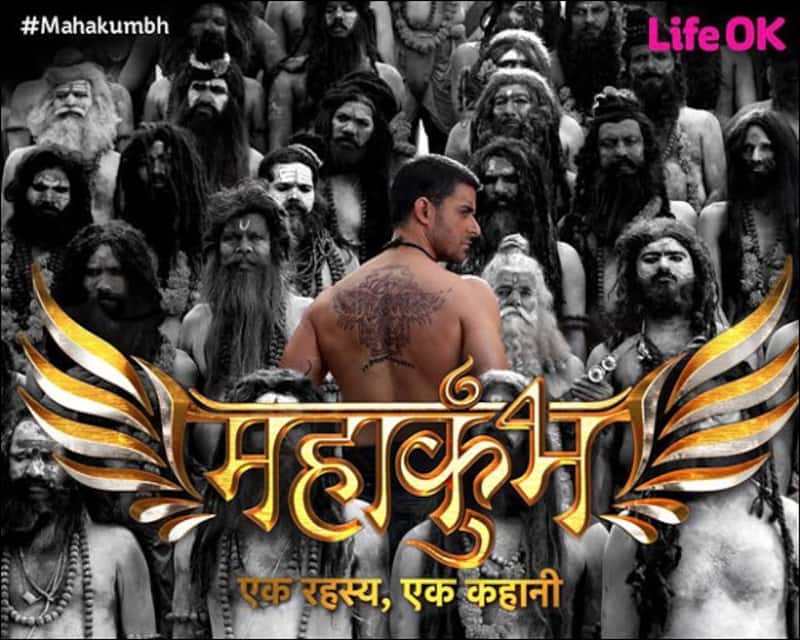 It was a usual evening of prayers made unusual and special for devotees at the Dashashwamedh Ghat on the banks of the holy Ganges here when Bhojpuri star Manoj Tiwari along with the cast members of forthcoming TV show Mahakumbh - Ek Rahasya, Ek Kahani took to stage and made the right noises about channel Life OK's new offering.
The crowd, said many regular visitors, was more than a regular Tuesday evening at the ghat. And so seemed the fervour, the cheering and the smiles on people's faces too. Apart from the hustle bustle before the evening Ganga aarti, visitors sensed something special was in store -- much with the huge posters of the show, some floral arrangements as well as a team of 20 security men. Just then entered Gautam Rode, the actor whose popularity went notches higher with Saraswatichandra. He plays the protagonist Rudra in Mahakumbh. If teenage girls ran with their mobile phones and squeaked with excitement upon seeing their favourite 'Saras', the men in the crowd could easily recognize him via the Mahakumbh posters. Also Read - Kabhi Eid Kabhi Diwali: Shehnaaz Gill looks happy and excited in Raghav Juyal and Siddharth Nigam's company [Watch]

Accompanied by his co-actors Payal Rajput, Robin Das and Manish Wadhwa, child actor Siddharth Nigam, and Life OK executive vice president and general manager Ajit Thakur, Gautam cut through the crowd to make his way to a boat. Just when the crowd couldn't get enough of his presence, entered Manoj Tiwari. Har har Mahadev -- the crowd chanted upon spotting Manoj, considered one of the biggest stars to emerge from Bihar. He was like Pied Piper -- the crowd followed him where he went and not to one's surprise, joyfully danced to his tunes. Also Read - Siddharth Nigam opens up on his relationship with Ashi Singh; says, 'She is my....'

Manoj not just belted out some traditional and devotional numbers on the ghat prior to the holy aarti -- a daily exercise involving multiple priests, who conduct the proceedings using incense, multi-layered lamp stands and the sound of the temple bells; but also personally introduced each of the Mahakumbh members to the audience -- asking them to welcome and bless the show, which is also widely shot in Varanasi, which is India's oldest city. Meanwhile, the show's lead actors Gautam and Payal also conducted a small aarti before the main aarti began and engulfed the environs with the pious fervour of devotion that this holy land is known for. Also Read - From Jibraan Khan to Malvika Raaj: 5 child actors who are all grown up; their before-after transformation is awe-inspiring

The evening ended with a boat ride in the winter chill. What remained was more curiosity for Mahakumbh, the story of an ordinary man with extraordinary powers. A contemporary mytho thriller produced by Arvind Babbal Productions, the show will go on air starting Dec 15, 2014 and will see acclaimed actress Seema Biswas in a key role.