Mahanati is set for a grand release on May 9th. 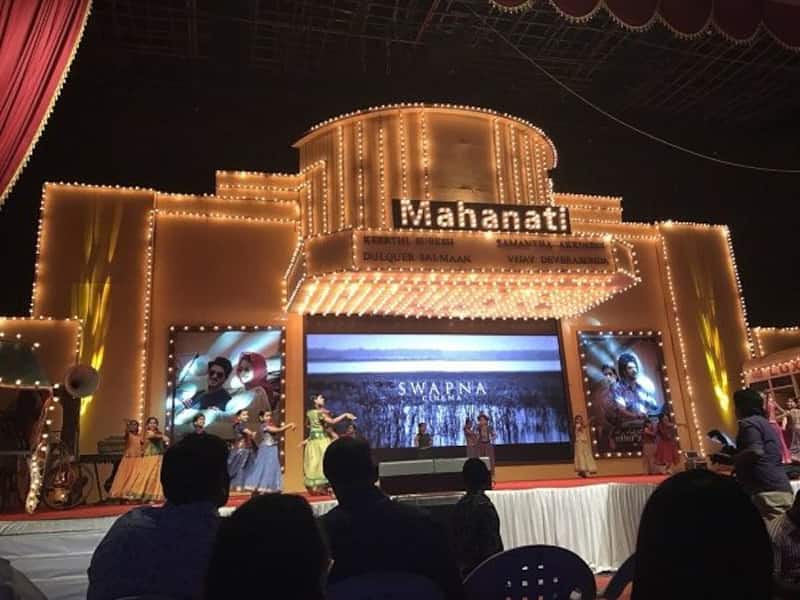 One of the most awaited biopics in Telugu cinema this year is Mahanati. The movie will chronicle the life of yesteryear actress - Savithri who ruled Tollywood in her time. Keerthy Suresh will step into her shoes to play the renowned character. The movie boasts of other talented artists - Dulquer Salmaan, Vijay Devarakonda, Naga Chaitanya, Samantha Ruth Prabhu. Today, a grand audio launch is being held with everyone in attendance. And guess who is the Chief Guest for this event? Jr NTR! He is looking slimmer, sleeker and definitely hotter! With Keerthy Siresh, Dulquer Salmaan, Vijay Devarakonda, Samantha Ruth Prabhu and Nagarjuna in attendance, the audio launch is turning to be a grand affair!Exclusive: Keerthy Suresh opens up about working with Dulquer Salmaan and Samantha in Mahanati like never before! Also Read - The Immortal Ashwatthama: Vicky Kaushal and Samantha Ruth Prabhu's film back on track after the actor manifested it on KWK7 couch

Samantha will be playing Madhuravani, a journalist who will narrate the life of Savithri. In fact, the story will be narrated from her perspective. Dulquer Salmaan will make his debut in Tollywood with this film. He will play Gemini Ganesan, Savithri's husband. Vijay Devarakonda will also play a crucial role in in the film. Naga Chaitanya will also be part of this film - He is all set to play his grandfather - Akkineni Nageswara Rao. The movie will also release in Tamil as Nadigaiyar Thilagam. The movie is set to release on May 9th. Also Read - Dulquer Salmaan to shift focus to Bollywood and Tollywood offers after Sita Ramam, Chup? Here's what we know

Here's what Keerthy Suresh had to say about Nag Ashwin: “We had the narration session for almost three hours. Until someone else has told, I would have never known or felt that the director has little experience. The very thought of making a biopic on Savitri amma itself is very mature. Not everybody can think like that or pull it off as he did. I never had any apprehensions about his experience because he has done his part well. Also Read - Chup actors Dulquer Salmaan, Pooja Bhatt, Shreya Dhanwanthary leave you in splits as they recite Sunny Deol dialogues in English and guess his movies [Exclusive Video]