Mahanati poster: Keerthy Suresh as Savithri takes your breath away

Mahanati is set to release on May 9th. 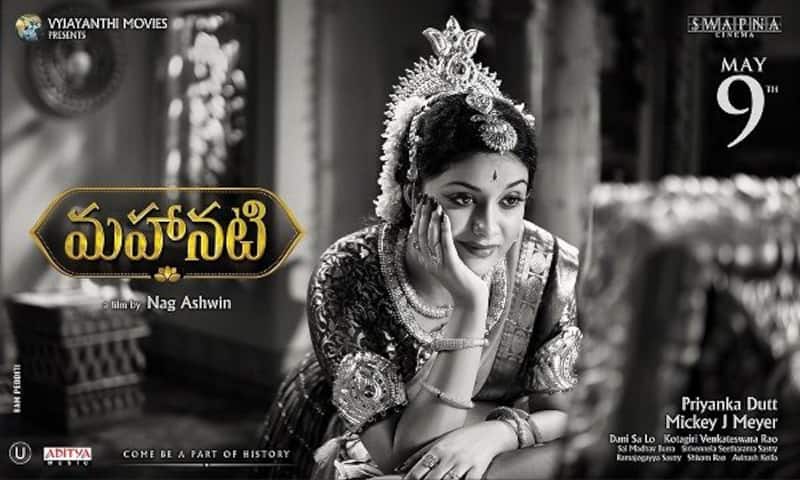 One of the most awaited films in Tollywood is Mahanati. The film is a biopic based on the life of yesteryear actress Savithri who ruled Tollywood at one point. The movie will narrate the story of Savithri's rise to stardom. Directed by Nag Ashwin, it's a film, fans, critics are awaiting eagerly because it's the first serious biopic based on an iconic personality. Stepping into her shoes is Keerthy Suresh, who is set to essay the actress on screen. As Savithri, Keerthy Suresh has never looked more beautiful and graceful. This is going to be a landmark film in her career as she plays an iconic personality. The latest post gives us yet another glimpse of Savithri's striking beauty. It makes us our for the great Mahanati, difficult indeed! Mahanati stills: Keerthy Suresh and Dulquer Salmaan as Savithri and Gemini Ganesan take us back in time Also Read - The Immortal Ashwatthama: Vicky Kaushal and Samantha Ruth Prabhu's film back on track after the actor manifested it on KWK7 couch

Starring opposite Savithri, as Gemini Ganesan is Duqleuer Salmaan. For those who don't know, Gemini Ganesan was Savithri's husband. They fell in work while they worked together for some of the biggest films however their relationship was always under wraps because Gemini Ganesan was already married and also was involved with another woman. Their on-screen chemistry was loved by Fans. Their secret relationship came out in the open when Savithri signed as Savithri Ganesh. The film will also star Samantha Ruth Prabhu and Vijay Devarakonda who will journalists of the 80s. In fact, reports suggest the story will be narrated from Samantha's point of view. The movie also stars Naga Chaitanya, Prakash Raj in crucial roles. Also Read - Dulquer Salmaan to shift focus to Bollywood and Tollywood offers after Sita Ramam, Chup? Here's what we know

The movie will release in Tamil as Nadigaiyar Thilagam and In Telugu as Mahanati. The countdown begins as the film is all set to hit theatres on May 9th. Also Read - Ayushmann Khurrana, Tiger Shroff, Akshay Kumar and more Bollywood stars who slashed fees for SHOCKING reasons