The cricketer will release the trailer in Mumbai today again...

The biopic on the life of Indian cricket captain Mahendra Singh Dhoni is all set to release this September and who best to launch the trailer of the film than the cricketer himself. Dhoni and the producers of M.S. Dhoni: The Untold Story launched the trailer at the Lovely Professional University at Phagwara, Jalandhar yesterday. Though actor Sushant Singh Rajput (who plays Dhoni in the film) wasn't present, the crowd did not mind as Mahi took centre stage. Also Read - Sushant Singh Rajput shares a FOND childhood memory from school as he gears for MS Dhoni - The Untold Story's trailer launch!

Dressed very cool-ly in a black and white stripped tee paired with black pants, the cricketer spoke about how the film is as real as it gets. He revealed at the trailer launch, "The movie doesn’t glorify me at any stage but shows my journey from a small town to the world of international cricket." Mahi even praised Sushant Singh Rajput, when he said, "He is awesome in the movie and he made me re-live every single moment of my life spent so far." Also Read - Birthday boy Sushant Singh Rajput sure had a blast, courtesy Farah Khan and Kriti Sanon - view HQ pics! 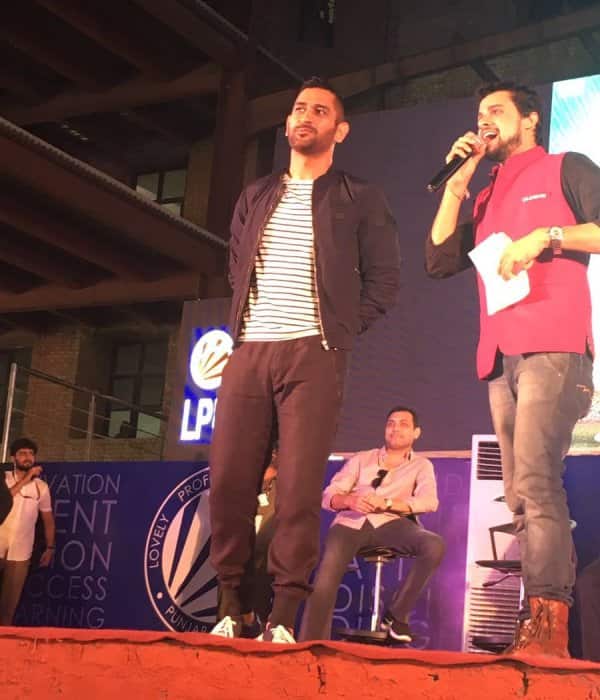 Nearly 35000 people gathered to see the star cricketer launch the trailer and when he was on stage, the atmosphere was electrifying. At the request of the student, Dhoni even played his trademark helicopter shot and we have to say we are very impressed. The cricketer was seen smiling throughout the event and he even clicked a lot of pictures. 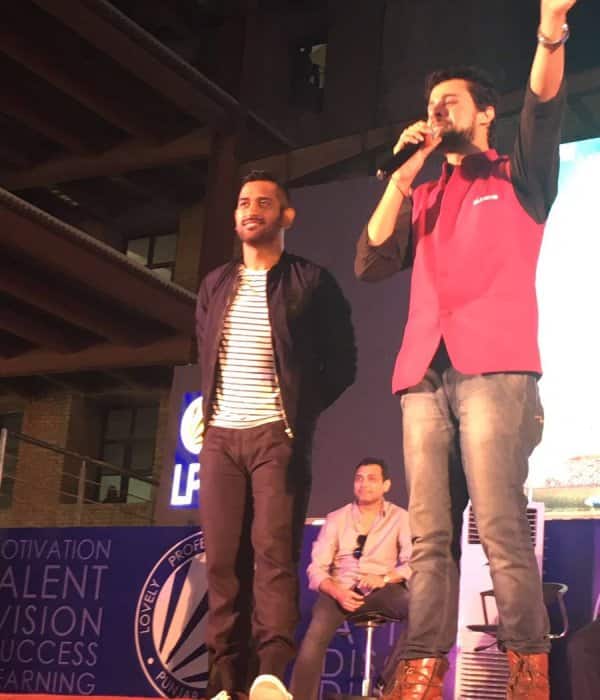 However, we must reveal to you that the trailer isn't available to see yet. Mahendra Singh Dhoni and Sushant Singh Rajput will officially launch the trailer again today in Mumbai, after which it will be available online. 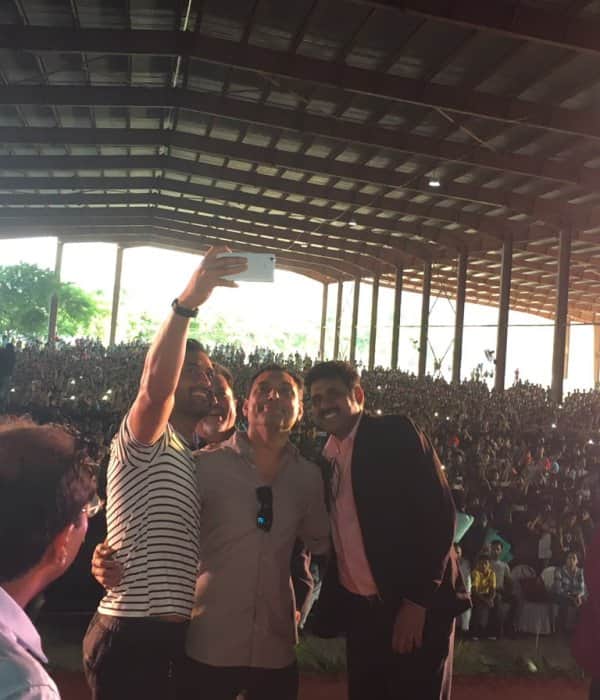 Directed by Neeraj Pandey and produced by Arun Pandey and Fox Star studios, M.S. Dhoni: The Untold Story is all set to release on September 30th. Are you excited for the film? Tell us in the comments section below! Also check out how the crowd went berserk when the cricketer came on stage in the video right here: