Malaika Arora and Arbaaz Khan spotted on a lunch outing with family.

Malaika Arora and Arbaaz Khan were spotted with their family on a Sunday lunch today at a popular restaurant in Mumbai. The couple split two years ago and they were officially divorced on May 11, 2017 and yet both Malaika and Arbaaz have managed to remain on cordial terms. Like always, Malaika had her style game on point. She headed out in a bright yellow short dress with her hair tied up. Arbaaz kept it casual in a blue shirt and a pair of denim Amrita Arora, who was present too, was all smiles for the shutterbugs. Check out their pictures right here. (ALSO READ: Malaika Arora objected to being called Malaika Arora ‘Khan’ at an event and here’s what happened next) Also Read - Giorgia Andriani in HOT SHORTS is sure to break the hotness barometer beyond repair – view pics 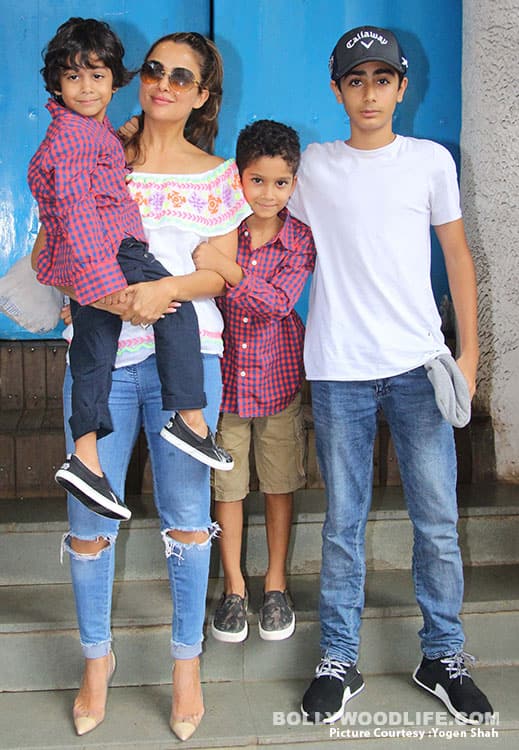 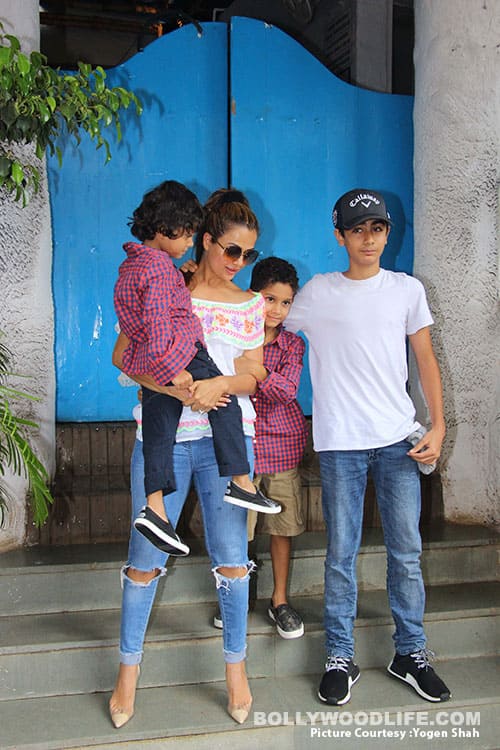 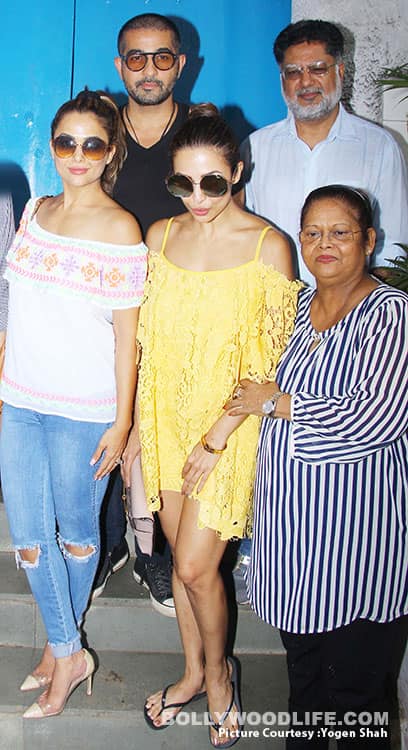 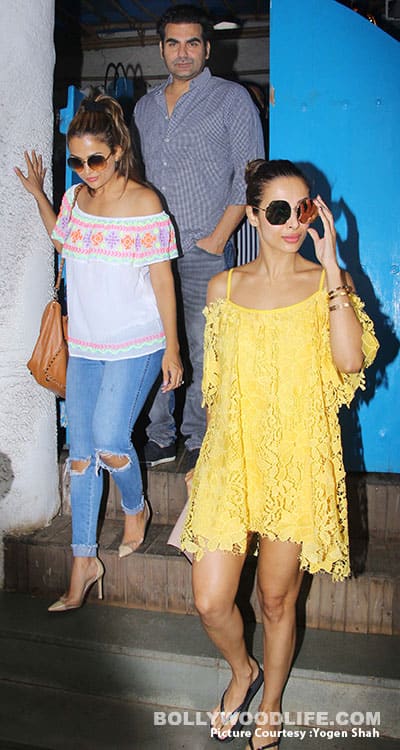 Also Read - Arbaaz Khan opens up on being trolled after divorce from Malaika Arora: ‘Does not mean we are bad people’ 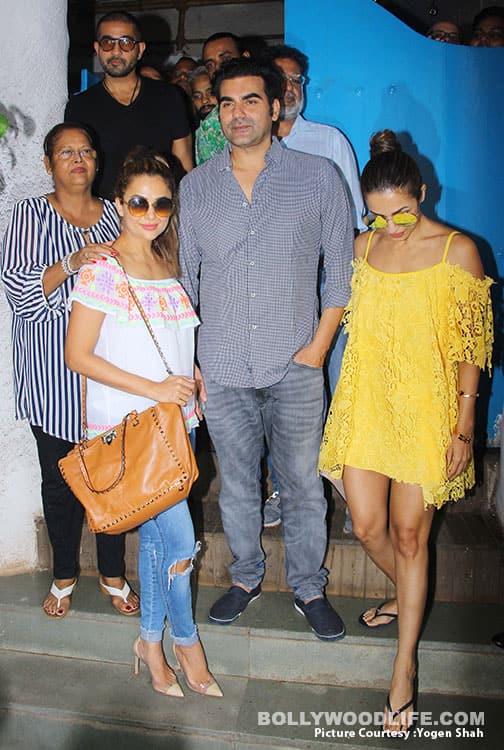 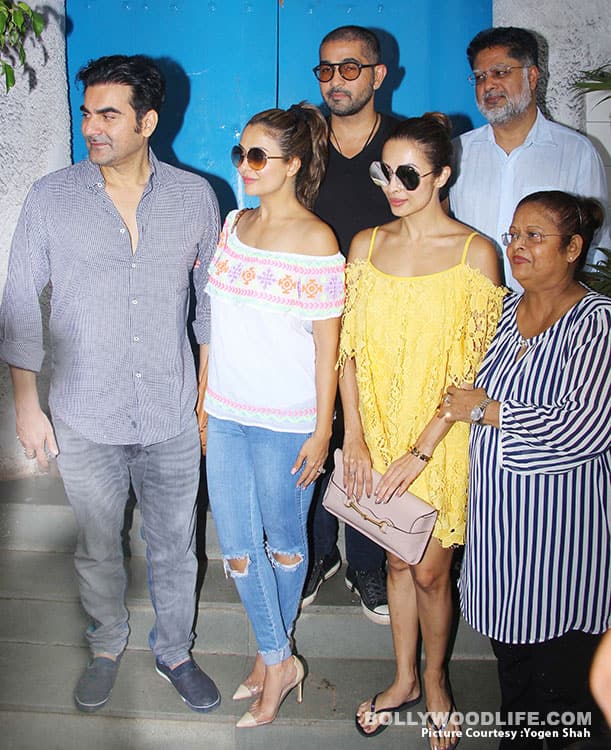 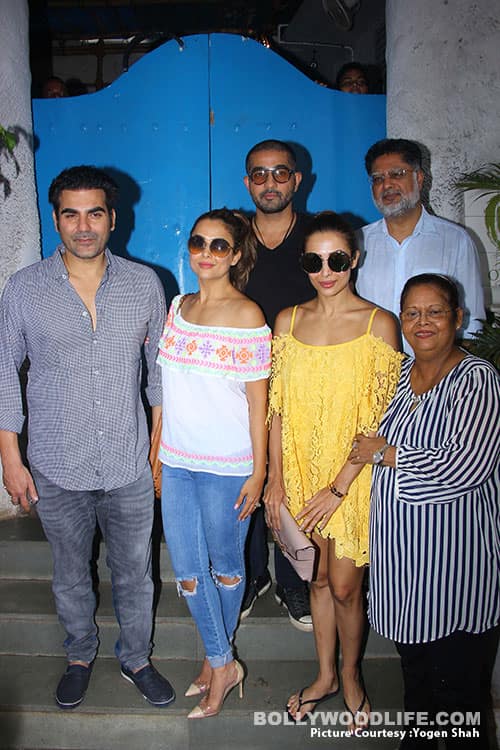 A couple of times before too Arbaaz and Malaika have come together for family get-togethers and various other occasions. This simply means there are no ill feelings and they continue to remain on good terms.
In his recent interview with Mid-Day, Arbaaz had even clarified about his equation with his ex-wife, Malaika, saying, “My association with Malaika spans over two decades. So, I have always been on good terms with her family. We celebrated special occasions earlier too. If things haven’t gone well between us, it doesn’t mean that the equation with the family changes. They still have a lot of love and affection for me and I have respect for them. Malaika wasn’t with us on New Year’s, but was there a few days before that. But, that’s not the point. We are very amicable. “We are responsible parents and don’t want our child to get affected. We want him to grow up in a healthy atmosphere rather than be worried if his parents will confront each other when they meet. Malaika and I are mature individuals and don’t want anyone around us to be affected.”

If you remember when it was Salman's nephew Aahil's birthday a couple of months ago, the entire family went to Maldives to ring in his first birthday. Apparently, Arbaaz's present girlfriend was there too and Malaika and Arbaaz were pretty cool about it. So that's just another instance that proves the ex-couple shares a decent equation despite their marriage falling apart. They have always maintained that they have immense respect for one another and that's exactly how it's going to be in the near future.