Malaika Arora and Arbaaz Khan were recently spotted at the Mumbai airport as they went to receive their son Arhaan who studies filmmaking course in the US. 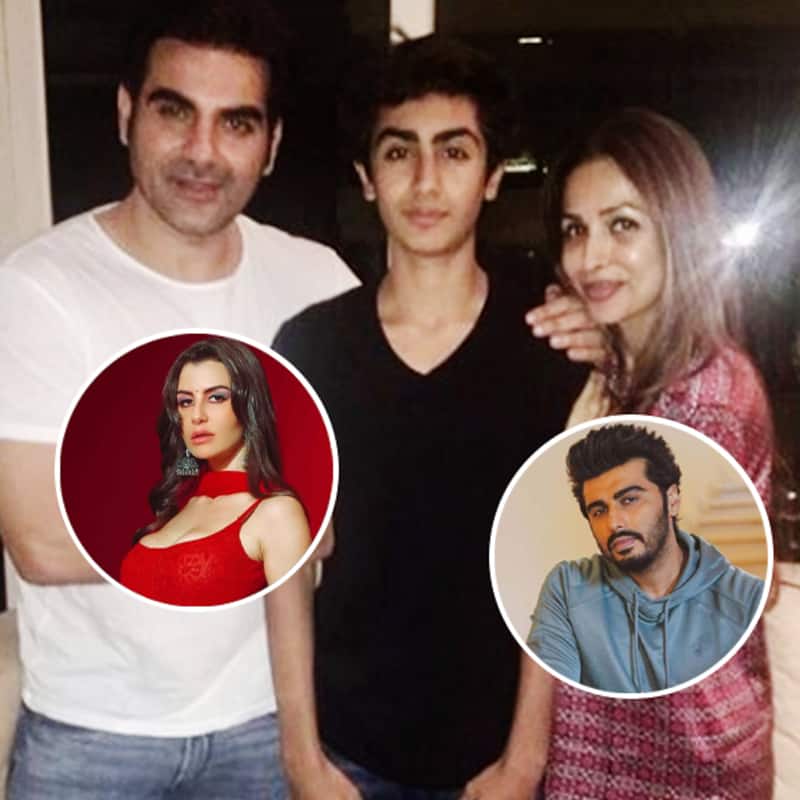 Bollywood actress Malaika Arora and Arbaaz Khan have parted ways, but the two decided to co-parent their son Arhaan Khan. The ex-couple was spotted recently at the Mumbai airport as they went to receive Arhaan as he came back from the US. Malaika and Arbaaz hugged their son Arhaan and got a bit emotional as they walked to receive him. The star kid has been studying filmmaking courses in the US. Also Read - It’s Awkward! Ranveer Singh, Malaika Arora, Ranbir Kapoor and more celebrities' funny pictures will have you in splits

Malaika donned a sky-blue shirt paired with matching shorts and completed her look with a cap. The proud mommy could not stop smiling as she gave a tight hug to Arhaan. Later, father Arbaaz gave a hug to Arhaan and the two had an emotional moment. A video from Malaika, Arbaaz, and Arhaan's reunion at the airport will make you emotional. Also Read - From Ranbir Kapoor, Sohail Khan to Khushi Kapoor: When Bollywood stars hit headlines for being 'drunk'

Within no time, netizens flooded the comments section. One wrote, 'Love this about them', while another said, ''Just love the way both are respecting each others life & co-parenting their son and all those cribbing about Arjun Kapoor and Giorgia Andriani should know above everything comes happiness, if they aren’t happy together, it’s better they separate & live happily individually'. Few netizens even teased Arjun and Giorgia and dragged their name. Also Read - Alia Bhatt-Ranbir Kapoor to Katrina Kaif-Vicky Kaushal: Here's how Bollywood celebrities celebrated Christmas

In an interview with a media portal, Arbaaz said that Arhaan would come home in December and would join him on the sets of Patna Shukla. On the work front, Malaika launched her reality web series Moving In With Malaika. In the episode, Malaika spoke her heart out about marrying Arbaaz Khan early in life and how they parted ways after 18 years of marriage. She even revealed that she had proposed Arbaaz as she wanted to get out of the house.