Sumit Sambhal Lega actress Manasi Parekh and husband Parthiv Gohil welcomed their first child on 28th November (Monday) this year but the news broke out only after she updated her whatsapp's display picture. The actress used her baby's picture as her whatsapp dp for a brief while and that is how the media got to know that she has already delivered. Manasi confirmed the news later. This is the picture she used. Also Read - Have a baby only when you're ready for it: Manasi Parekh's advice on motherhood' 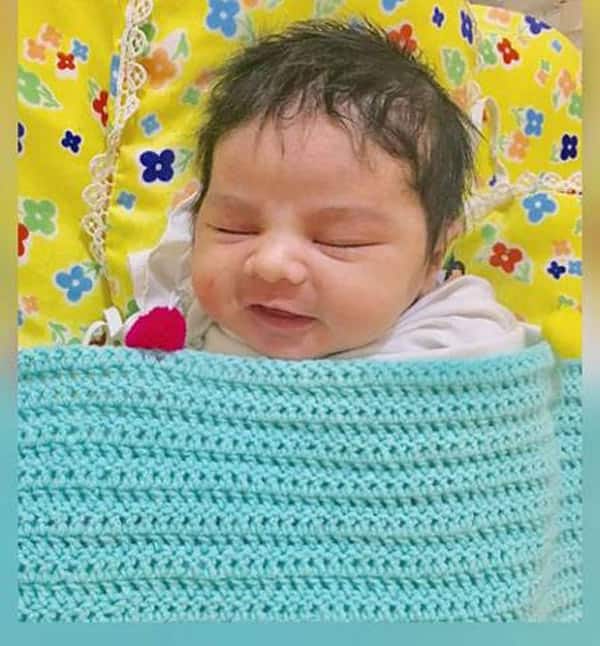 She and Parthiv have been married for a decade and were really excited about welcoming a new member to their family. We are sure the couple would be on cloud 9 right now. They had reportedly gone on a babymoon earlier this year.

Here are some pictures from her pregnancy period -

To include somebody as part of your body, your being is absolute love..almost spiritual. Thank you for being a part of all the music, theatre, art and creation from within..just a matter of time before you see the world and it's beauty..

What a beautiful feeling it is to carry another life within you and give it love and nurturing.. #blessed

Good morning! Thanks @shraddhakadakia for this beautiful capture..

On the work front, Manasi’s pregnancy didn't stop the actress from working. She recently released her single Tum Bhi Naa that starred her Sumit Sambhal Lega costar Namit Das opposite her, along with web star Sumeet Vyas. Manasi has always been inclined towards music. In fact she is a trained classical dancer and has crooned for Sanjay Leela Bhansali’s Devdas. She has also won ZEE TV’s 2011 celebrity musical reality show ‘Star Ye Rockstar’. The talented mother also has plans of venturing out into business by launching an online clothing brand.

@dasnamit and me are really excited to share our music with you guys tomorrow!! #TumBhiNa #musicsingle #musicvideo #indiemusic

@sumeetvyas talking about our new music video #Tumbhina ...Thanks so much Sumeet for being a part of the song! ❤️❤️❤️Link in the bio ???? #Tumbhina #single #indiemusic