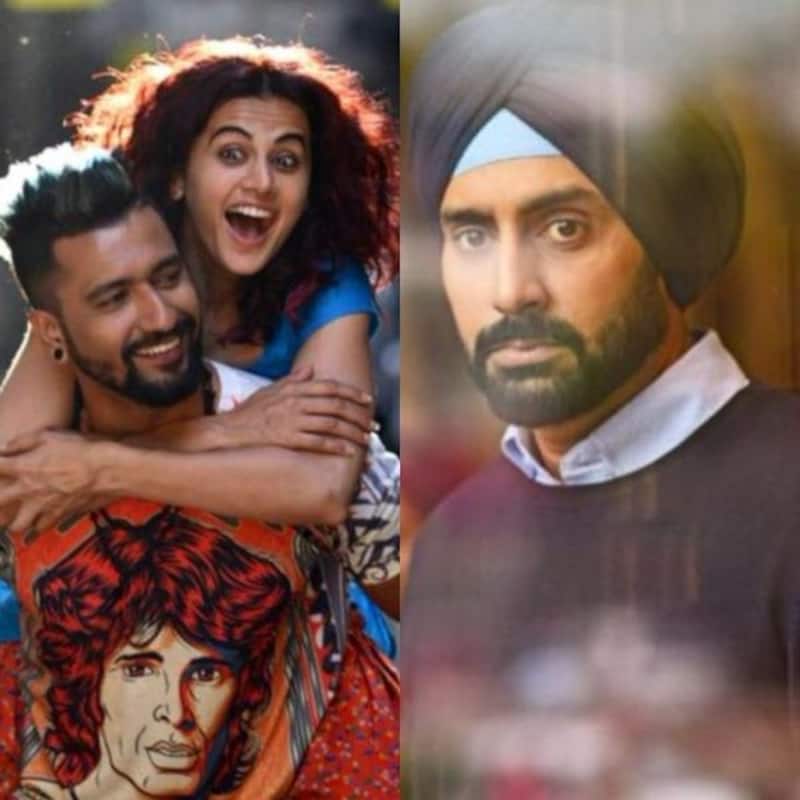 Manmarziyaan took off to a slow start when it opened in the theatres on September 14. The film starring Abhishek Bachchan, Taapsee Pannu and Vicky Kaushal raked in Rs 3.52 crore. The film saw an upward trend over the weekend. The romantic drama collected Rs 5.11 crore and Rs 5.70 crore on Saturday and Sunday respectively. Although, the film failed the Monday test, as it could only muster 2.10 crore. Summing it up, the film now stands at Rs 16.43 crore. The film did fare well on the weekend as our trade expert, Amul Vikas Mohan had predicted. Also Read - Dobaaraa movie review: Taapsee Pannu starrer is thrilling, but not one of the best works of Anurag Kashyap

Now, it remains to be seen if Manmarziyaan sees a growth in the upcoming days or continues with a slow place. The film directed by Anurag Kashyap and bankrolled by Anand L Rai, Vikas Bahl, Madhu Mantena, Vikramaditya Motwane and Anurag Kashyap opened in cinemas alongside Jackky Bhagnani and Kritika Kamra's Mitron. Freida Pinto starrer Love Sonia too released on the same day. The good part is that Manmarziyaan was able to beat the two films on the first day itself, and continues do so. It was released in 1500 plus screens across the country. For all the latest updates, stay tuned to BollywoodLife! Also Read - Koffee With Karan 7: Sidharth Malhotra, Vicky Kaushal drop big truth bombs about their lady loves Kiara Advani and Katrina Kaif