Mark your calendars! Deadpool 2 release date is here, to hit screens on June 1, 2018

Get ready for the chronicles of merc with mouth...

One of the most awaited and anticipated superhero sequels of all time, Deadpool 2 has finally got itself a release date. According to 20th Century Fox's official statement, other Fox superhero titles like New Mutants will open April 13, 2018, while Dark Phoenix hits cinemas on Nov. 2. New Mutants, directed by Josh Boone, follows a young team of superheroes, while Dark Phoenix will revisit a classic comic book storyline that saw Jean Grey (Sophie Turner) becomes the host for the Phoenix Force, a cosmic entity that eventually drives her to becoming a destructive force that ultimately leads to her death. Longtime X-Men writer and producer Simon Kinberg is a top contender to direct the project, which is a followup to 2016's X-Men Apocalypse. Also Read - Trending Hollywood news today: BTS' Suga reveals he almost drowned as a child, Jennifer Aniston ecstatic as FRIENDS Reunion receives Emmy nominations and more

Earlier it was finally revealed who'd be playing Cable in Deadpool 2. After quite a few months of search and speculation about who would play Cable, the role finally went to Josh Brolin. There were a few contenders with Stranger Things’ David Harbour in the list and the role almost being nabbed by Michael Shannon. In fact, reports in the industry also said that Russell Crowe and Brad Pitt were being considered for the role. The shooting for him will commence in the month of June. David Leitch is directing the sequel and the shooting will take place in Vancouver. Also read: Logan star Hugh Jackman to return for an interesting cameo in Deadpool 2? 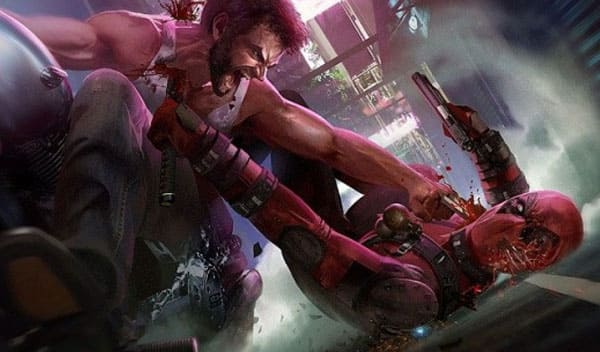 After Hugh Jackman's exit as Wolverine/Logan in this year's blockbuster Logan, Ryan Reynolds' Deadpool remains the only top superhero with Fox. While we are excited for Deadpool 2, we still wish if somehow makers can bring together Wolverine and Deadpool in single frame. Each and every nerd is sure to have orgasm on mere thought of such site. Also Read - Hugh Jackman aka Wolverine blames Scarlett Johansson aka Black Widow for longstanding feud with Ryan Reynolds aka Deadpool