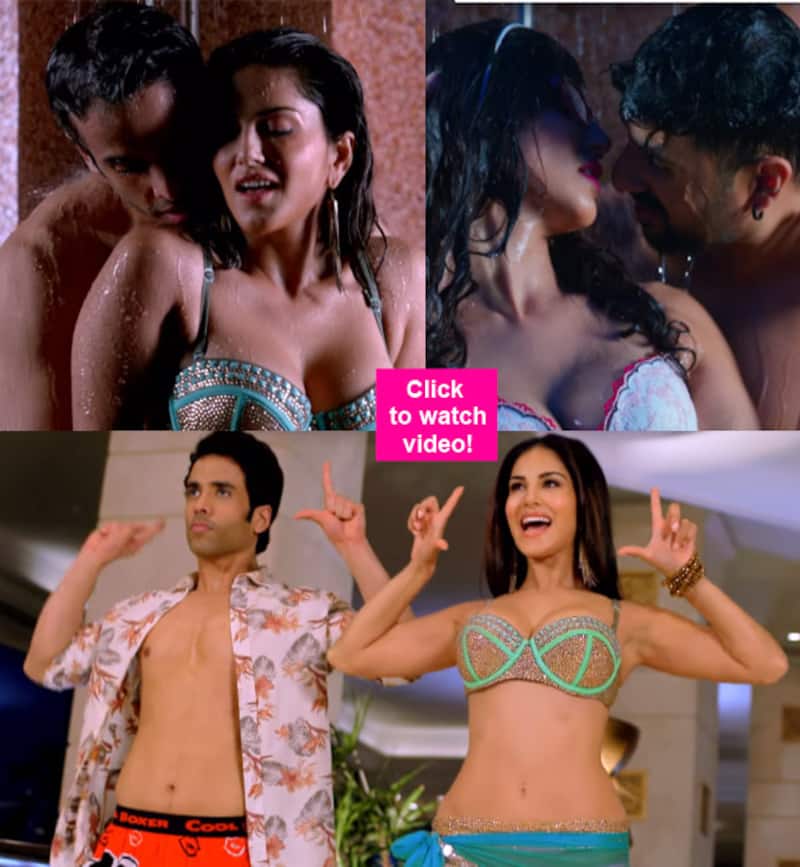 Check out the new song from the sex comedy, that stars Tusshar Kapoor and Vir Das.

Mastizaade is already making news with its below the belt visuals and songs. The sex comedy is directed by Milap Zaveri. Also Read - Splitsvilla 14: Urfi Javed gives a sassy reply to Sunny Leone's compliment, 'You can't compete with my outfit'

The makers have released a new song, Dekhega Raja Trailer, which features Sunny Leone, Tusshar Kapoor and Vir Das, along with Suresh Menon, Asrani, Shaa Randhwa and a poor white horse. Sunny Leone plays double role in the film, and as expected, slips into a bikini for the song - actually, two Sunny Leones turn up in bikini for the song. Both of them get wet and naughty with Tusshar Kapoor and Vir Das, as they frolic from the swimming pools to showers. Yup, the sex part of the the genre 'sex comedy' is well handled here. Also Read - Splitsvilla 14 host Sunny Leone praises Urfi Javed for making a niche for herself with her dressing sense

But it's not that the comedy part is ignored. Shaad Randhawa, Asrani and Suresh Menon also turn up in the song to create hilarity, though I still feel offense with Suresh Menon's gay avatar - a tried and bored stereotype of how Bollywood loves to portray homosexuals in the films. In the song, Suresh Menon is seen trying to put his designs on Tusshar Kapoor, while Vir Das and his Sunny Leone try to fool the wheelchair-bound Shaad. Also Read - From Deepika Padukone-Ranveer Singh to Alia Bhatt-Ranbir Kapoor: 6 Bollywood couples who are very passionate kissers in real life

Watch the song here and let us know what you feel..