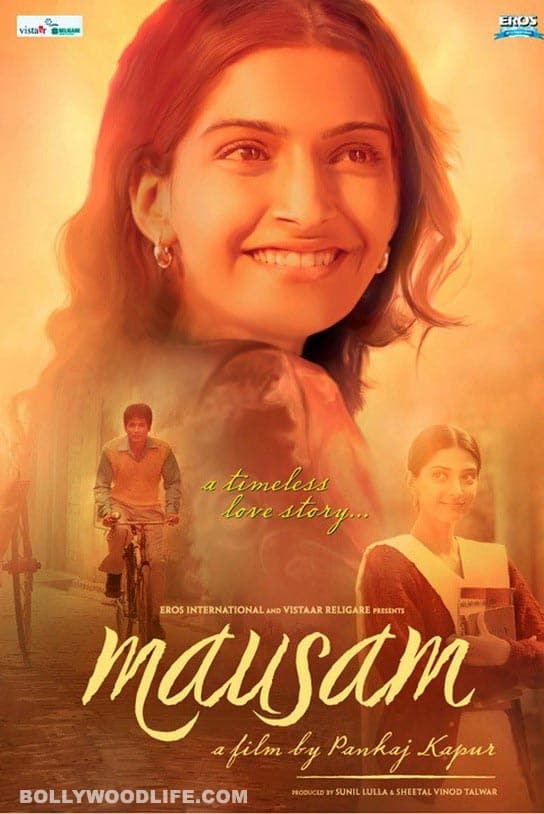 A truly romantic film starring Sonam Kapoor and Shahid Kapoor, according to our source

Everyone is waiting to see Mausam. The release of the film was delayed because the Indian Air Force had some objections to a scene and refused to give a go-ahead, thus causing a stall by the censor board. Mausam should be in theatres this Friday (September 23) and we are keen to see how the much-spoken-of chemistry between co-stars Sonam Kapoor and Shahid Kapoor is all about. According to our buddy the birdie who knows everything, the Pankaj Kapur directed movie is a “true romantic film”, which “recreates a bygone era”. It tells the story of two lovers, Punjabi Harinder Singh or Harry (Shahid) and Kashmiri refugee Ayaat, who are separated by political issues and religious conflict. Ten years on, Harry is an Air Force officer-pilot who meets his love again. The film is made through four seasons – adolescent attraction in a small village in Punjab, followed by a more grown up love that destiny cruelly interrupts and, finally, after much sacrifice, a love that eventually ends in forever togetherness. Fairytale locations add magic, the movie having been shot in Edinburgh, London, Mumbai, Gwalior and Agra. Sounds like a good watch? Another few days and all of us will know.... Also Read - Exclusive! Deadpool received 7 cuts from the CBFC; but was Deadpool 2 an exception?