Mel Brooks honoured with BAFTA Fellowship, leaves the audience in splits with his acceptance speech

Mel Brooks: In choosing me for the 2017 Fellowship I think that BAFTA has made a strangely surprising yet ultimately wise decision 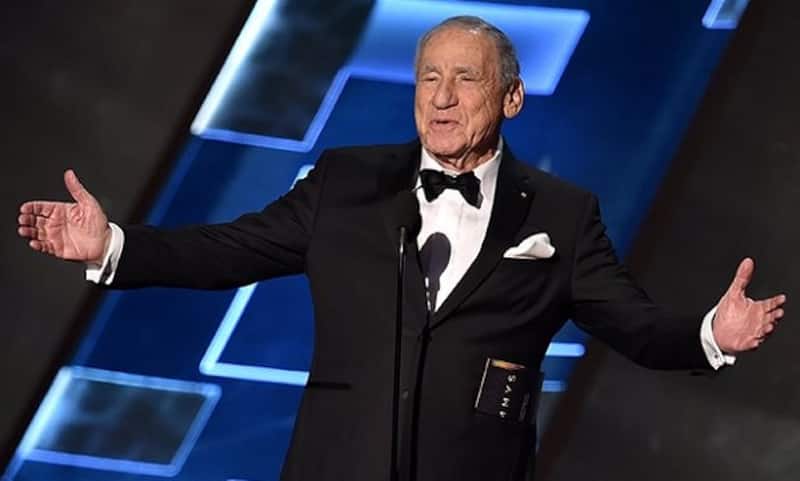 Mel Brooks, 90, was on Sunday honoured with the BAFTA Fellowship by Duke of Cambridge Prince William at the historic Royal Albert Hall here. Also Read - Happy birthday, AR Rahman: Did you know The Mozart of Madras' Oscar-winning track, Jai Ho, was earlier composed for THIS Salman Khan movie?

The Academy Fellowship is a lifetime achievement award presented by the British Academy of Film and Television Arts (BAFTA) since 1971 in recognition of outstanding achievement in the art forms of the moving image. Also Read - Here's why Shah Rukh Khan rejected the Oscar-winning film Slumdog Millionaire

"I want to thank Harvey Weinstein for having nothing to do with this award tonight," said Brooks, before apologising to Prince William for the American revolution.

"By the way, the reason I forgot my passport is because I don't think of England seriously. I don't think of this place as a foreign country. I just think of it as a vast Brooklyn that just speaks better. That's all...

"This is an award you won't see on eBay, I promise you." Also Read: BAFTA 2017: Dev Patel takes home the Best Supporting Actor trophy for Lion

Prince William called Brooks "an extremely talented actor, comedian, filmmaker, composer and song-writer". He then handed over the mike to Nathan Lane and Simon Pegg.

"He's a comedy genius who raised flatulence to an art form," Pegg quipped.

About receiving the prestigious honour, Brooks had said ahead of the ceremony: "I am not overwhelmed, but I am definitely whelmed by this singular honor. To be included among such iconic talents is absolutely humbling.

"In choosing me for the 2017 Fellowship I think that BAFTA has made a strangely surprising yet ultimately wise decision."

His career as an actor, comedian, filmmaker, composer and songwriter is illustrated through his multiple awards, spanning many decades, making him only one of 12 individuals to have won an Emmy, a Grammy, an Oscar and a Tony Award.

Brooks is credited for making films like "The Producers", "Blazing Saddles" and "Young Frankenstein".