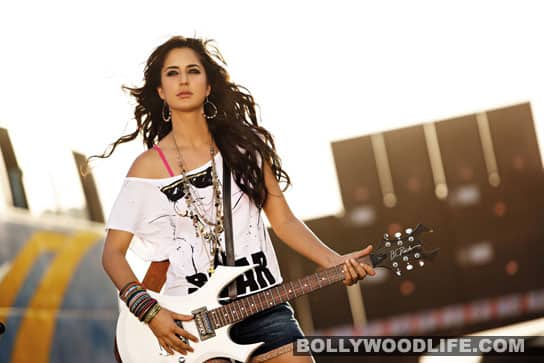 The actor enacts her lively, spunky, rockstar babe role with ease, as against the mellowed Imran

Yet another shaadi flick from Bollywood – and Yash Raj Films. This time, starring Katrina Kaif, Imran Khan and Ali Zafar. While the film’s title (Mere Brother Ki Dulhan) might make you cringe and think it’s a version of Sorry Bhai, it’s not. Neither is it in the genre of Band Baaja Baaraat or Hum Aapke Hain Koun! Rather, MBKD is lighthearted, but tries too hard to be funny at places. Also Read - 'Grand publicity and big star cast can no longer assure a hit film,' says Rajeev Khandelwal

The film opens in London with Luv Agnihotri (Ali Zafar) going through a breakup with his longtime girlfriend Piali Patel (Tara D’Souza). Minutes after slamming the door on her, Luv calls up his assistant director brother Kush (Imran Khan) in Mumbai, asking him to search for a bride for him since Luv has always been unlucky in love. Also Read - From 3 Idiots to Tiger Zinda Hai: 5 films which made Christmas merrier at the box office

Kush is only too happy to oblige. Followed by some predictable scenes of meeting potential dulhans and rejecting them. A huge matrimonial ad in a newspaper finally solves the problem (though how a middle-class family could afford it, is another question). That's where the twist in the tale happens. Bride-to-be Dimple Dixit (Katrina Kaif) – has a ‘friendly’ past with Kush, and sparks fly as soon as they see each other, and through the wedding preparations. How Kush finally gets together with Dimple is through some unrealistic situations, but those seem fine in a ‘rom-com’. (Remember Ajab Prem Ki Ghazab Kahaani?) Also Read - Rajeev Khandelwal shares his #MeToo experience: He threatened me with my career

MBKD loses its grip considerably post interval. That happens to many films, you might say, but this one drags a bit too much, especially after you’ve had a good lunch. You can either have a quick nap or chat on your Blackberry, until the proceedings onscreen somehow manage to wake you up. There is a little twist in the end, but MBKD always tries to be on the funny side. On some occasions when it goes in for some melodrama, it doesn’t work. Also, there are references to a number of films and stars, including Aamir, Salman and Shahrukh and their hit films – along with some old Hindi numbers used for comic effect. Dimple having a dyslexic older brother, too, seems more like a spoof on My Name is Khan.

Imran Khan in yet another romantic film is predictable – always the cool guy supporting his girl. He is reassuring, to give him his due. Ali Zafar as well as the other supporting actors do a good job. But surely Katrina Kaif carries the film on her nimble shoulders, showing range in her acting for the first time. Her lively, spunky, rockstar babe role has been enacted with ease. While she might have overdone the act at some places, you really can ignore that because that is what the character of pretty Dimple is all about – unpredictable, fearless in a nonchalant way, funny and animated. She can get away with anything. Katrina not only looks hot but is very comfortable in her skin and is the real hero of MBKD. But one really doesn’t know what the whole hype was about John Abraham’s cameo. The dishy actor is hardly in the frame for a few seconds, not even providing for some eye candy (wink, wink).

Music by Sohail Sen is good. Cinematography by Sudeep Chatterjee catches the eye. And while writing this, the news comes in that the opening has been good. The film might just be a hit with little competition except Mausam next week. But it is certainly not a film you can call memorable.