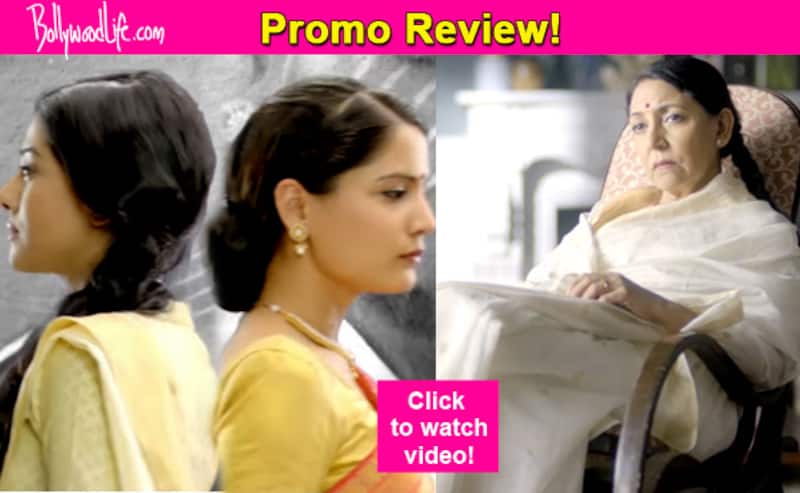 There is something about the 1960s and 70s that still hold our attention. Whether it’s the importance given to relationships or the sense of constant self-introspection, it was an era that celebrated ‘real-time’ interactions between people. What instantly strikes you about the promo of Meri Awaaz Hi Pehchaan Hai is that it immediately transports you into that era without much of an effort. Yes, there is the customary gramophone and the sprawling living room, but the detailing does not gloss over the concept. The narrator is the domestic help, who is like a confidante for many people. Also Read - Throwback Thursday: When Esha Deol slapped Amrita Rao hard after the latter abused her in front of Pyare Mohan crew

Deepti Naval, who plays the older version of a celebrated singer, Kalyani on the show is the quintessential stoic personality. With an actress of her calibre, the makers have done well not to have her indulge in any dialoguebaazi at the start. It just increases the curiosity level. The promo does not reveal much other than the fact that it is a story of two talented sisters, who are equally good singers but driven apart due their strong personalities. It has an uncanny resemblance to the famed rivalry between Lata Mangeshkar and Asha Bhosle but then, every story has an inspiration. People will recollect that their common maid played a great role in their lives. This should ignite the curiosity of many viewers, who will want to know if the story actually pans out like the rift between the two legends. Also Read - Urfi Javed wants this Bigg Boss 14 contestant in the Indian version of erotic thriller 365 days

Meri Awaaz Hi Pehchaan marks the debut of Amrita Rao on the small screen. The demure actress has the quiet elegance that was a hallmark of the sixties while Aditi Gupta, who plays her sister (younger version), is striking. The finite series (130 episodes) is produced by Nivedita Basu’s The House Of Originals. It is set against the backdrop of the music industry. The makers have spared no efforts to give it a quality look and people who yearn for dramatic shows like the ones we saw in the 1980s or early 90s will surely check out the first episode. Also Read - Chris Rock to Sushant Singh Rajput: 8 Hollywood and Bollywood celebs who got slapped in public