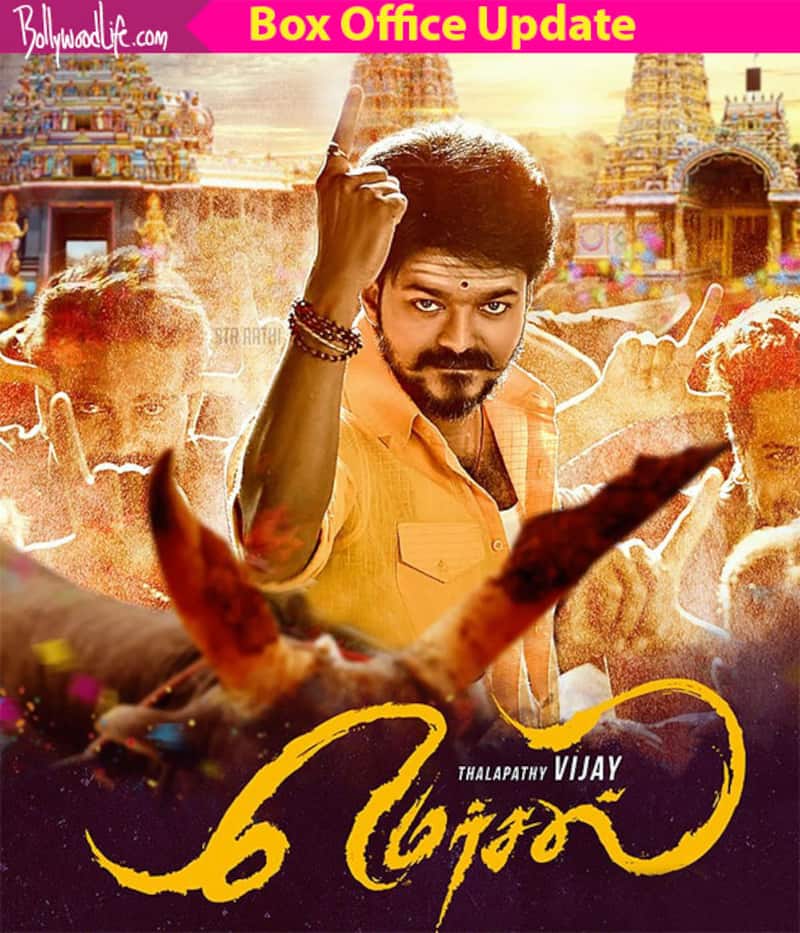 Thalapathy Vijay's Mersal is easily one of the highest grossers of 2017. The film has been creating records one after another ever since its release and this is depsite the controversies unfurling around it. Apart from its phenomenal performances at the Tamil Nadu box office, Mersal has been creating waves overseas. While the film has collected Rs. 71.8 crores from the overseas markets alone in 12 days, the film has set benchmarks with an incredible box office performance with respect to two countries especially: France and Malaysia. Also Read: Mersal box office: Thalapathy Vijay’s film enjoys terrific run in overseas territories with record-breaking figures Also Read - Shruti Haasan's PCOS and endometriosis, Shenaz Treasurywala's face blindness and more Bollywood actors who faced severe health issues

Mersal's sterling performance in France has substantiated the fact that it's one of Vijay's dearest overseas box-office territories. Mersal became the third Tamil film after Rajinikanth's Kabali and SS Rajamouli's Baahubali 2 to be screened in the prestigious Le Grande Rex in Paris, the largest cinema theatre in Europe with a capacity of more than 2000 seats. Also Read - Jawan MAJOR UPDATE: Shah Rukh Khan to play DOUBLE ROLE in Atlee film; Deepika Padukone, Nayanthara both set to romance SRK?

Within four days of release, the number of entries in France for the film touched 10,000 and Vijay became the first actor to have more than three movies in the 10K entries club. Now, Mersal has crossed 29,000 entries in France to become 2017's best-performing film, overshadowing Baahubali 2. Now, with a steady run, it's expected to beat the all-time record of Rajinikanth's Enthiran (30000 entries) in France in the third-week run where it's given 45 shows. Also Read - Jawan: Deepika Padukone to play Shah Rukh Khan's wife in Atlee's film? Here's what we know

At the end of the second weekend, the total gross of Mersal in Malaysia stands at MYR 11 million+ (Rs 17 crores). Now, it's the all-time second highest-grossing Tamil film in Malaysia with Kabali's (MYR12.6 million) numero-uno position at jeopardy. Malaysia is the highest-grossing overseas territory for Mersal, which has set the cash registers ringing at the box office.

Though Mersal failed to beat Rajinikanth's Kabali day-one record in Malaysia, it bounced back in the weekend with a gross of MYR 7,240,736 to outperform Kabali's opening weekend figures. Now, it has entered the third all-time highest grossing Indian films in Malaysia with Shah Rukh Khan's Dilwale and Kabali at the first two spots. Also read: Mersal box office: 5 milestones achieved by Thalapathy Vijay’s film that makes this movie the biggest Tamil release of 2017