Here's studying Mersal's performance at the box office this Diwali. 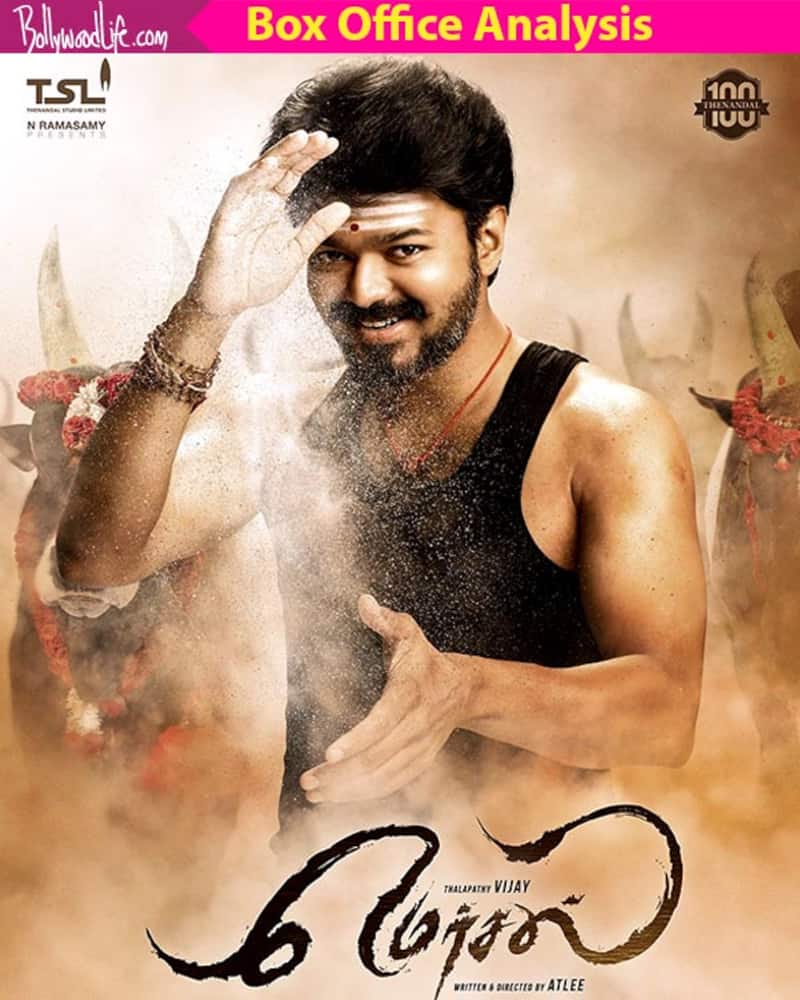 Tamil Nadu saw the biggest South release this Diwali - Thalapathy Vijay's Mersal. The hype and buzz around this movie was seen to be believed despite the fact that its release was uncertain. It's been six days since the film released and the buzz continues to grow. The film has opened to a rave response in the overseas market and is faring well at the Chennai BO too. For those who don't know, Mersal and two other Hindi films - Golmaal Again and Secret Superstar released this festive season. Each of them have opened to positive responseS making this the ultimate festive bonanza. While we analyzed Golmaal and Secret superstar for you yesterday, here's looking at Mersal's box office performance and analysing why this big ticket release continues to storm the Tmail Nadu BO: Also Read: Mersal movie review: Thalapathy Vijay’s enigmatic presence and Atlee’s class direction assures a crackling Diwali Also Read - Shruti Haasan's PCOS and endometriosis, Shenaz Treasurywala's face blindness and more Bollywood actors who faced severe health issues

Mersal is a classy yet massy entertainer that includes elements of romance, drama, action and a little of suspense even! It's a hardcore commercial film that promises entertainment at the end of the day. Also Read - Jawan MAJOR UPDATE: Shah Rukh Khan to play DOUBLE ROLE in Atlee film; Deepika Padukone, Nayanthara both set to romance SRK?

Mersal was an entertainer targeting the single screen audience, but when it comes to a Thalapathy Vijay film, we are talking about a massive audience count. However, this was primarily a Tamil release, it may educed its number considerably.

In a conversation with Bollywoodlife, Akshaye Rathi gave us the perfect picture of Mersal's Diwali when he said,"If you look at the way these big ticket films function in Tamil Nadu, there was a film called Vivegam that despite negative reviews and a not-so-great word of mouth and a release on a non festive day, raked in Rs 160 crore at the India NBOC. Now here’s a film with Vijay on Diwali, hugely anticipated coming solo in Tamil Nadu, Imagine the possibilities. Also, the sheer anticipation built around the teaser is huge. I won’t be surprised if the highest grossing film this Diwali, (if you look at the PAN India picture) will be Mersal.” Enough said!

The film got off to a brilliant start on Day 1 but somehow the movie didn't maintain its momentum in the subsequent days. At the day of 5 days, the film had grossed Rs 100 crore (Indian and international markets combined). The buzz aorund the film continues gross but it remains to be seen if the film will cross the Rs 150 crore mark.

On the day of its release the film was being lauded for Vijay's performance and Atlee's class direction. Soon after the film found itself tangled in controversies - a certain political party was not approving of the film mocking GST concepts. Soon after doctors protested as it showed the medical industry in poor light. The film became quite the topic of discussion in the last weekend.

The film has a potential to rake in Rs 160 crore in its lifetime run. Again if you remove the distributors share (Rs 96 crore) from the box office collections, you will understand that the makers will have Rs 64 crore from the domestic collections. Again, add the money made from the sale of the theatrical, satellite and music rights. Now subtract the budget and the should make a profit of Rs 44 crore in the film's lifetime run. Considering that the film was made on a budget of Rs 130 crore, the return on investment is just 35 per cent. 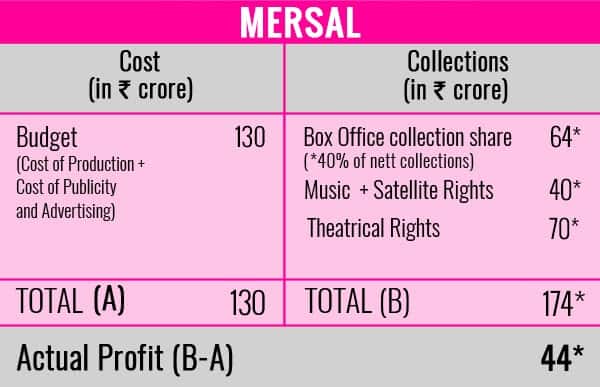