Here's all you need to know about Thalapathy's Mersal.

After a long wait, Thalapathy Vijay's Mersal has finally been passed with U/A certificate by the Censor Board. The film after running into several controversies has now come out a winner and is ready to release in theatres worldwide. Bookings have begun in full swing! In an official statement, a leading ticketing company has revealed that shows as early as 1 am have been organised on Day 1! The shows will go on until 11PM on its opening. Clearly, The film in itself is a celebration. We will witness the Mersal frenzy in its full measure tomorrow. As we gear up for the BIGGEST Diwali release here's what you need to know about the film: Also Read: Not Golmaal Again, Secret Superstar but Thalapathy Vijay’s Mersal is the BIGGEST Diwali release this year Also Read - Shruti Haasan's PCOS and endometriosis, Shenaz Treasurywala's face blindness and more Bollywood actors who faced severe health issues

The film marks Vijay - Atlee's second collaboration. Theri, their first film together was one of Vijay's biggest hits. That's why expectations among fans have doubled with Mersal. The film will have Vijay play three different characters - a Chieftain, Magician and a Doctor and it will be set in three different time periods. As he is playing different characters, Vijay will also be romancing three leading ladies - Samantha Ruth Prabhu, Kajal Aggarwal and Nithya Menen. Also Read - Jawan: Deepika Padukone to play Shah Rukh Khan's wife in Atlee's film? Here's what we know

The first look poster was one of the most waited posters among all Tamil films of this year. On the eve of Thalapathy's birthday, the makers unveiled not just one but two posters - one featuring him in a massy avatar and the other in a dramatic yet modern avatar. Thereafter, posters featuring the lead pairs were unveiled. A day before the teaser, A brand new poster was unveiled featuring the new pairing - Vijay and Nithya Menen. 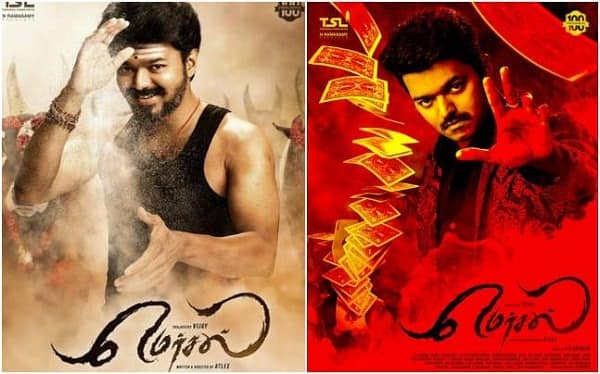 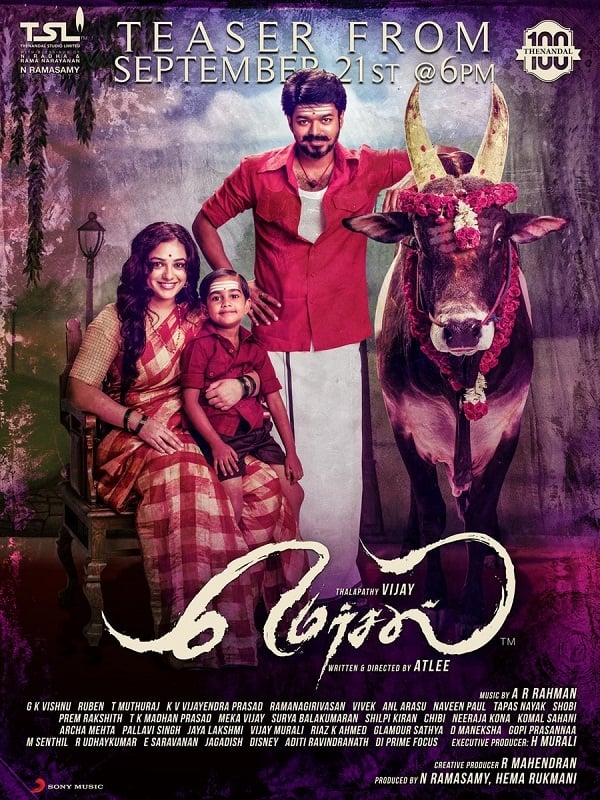 If the frenzy around the posters was incredible, one had to actually witness the craze when the teaser was unveiled! The teaser featuring Thalapathy in his three avatars created quite the furore on Twitter. Within 24 hours, it broke records all previous teasers, including Vivegam and Kabali as it clocked in a whopping 20M views. It gave us a glimpse of the adventuretainer that was to come! It was nothing like we had seen before and got fans super excited for the main release.

The Mersal audio was launched in a grand event in August with the cast and crew present. Thalapathy Vijay arirved half an hour prior to event and personally welcomed the guests!Musical maestro AR Rahman performed lived at the event. Everyone from the cast spoke about their experience about shooting for Mersal. Also Read: Mersal music review: AR Rahman comes up with a kickass album for Vijay’s 61st film

Akshaye Rathi in a conversation with Bollywoodlife has stated that Mersal might just turn out to be one of the biggest releases this Diwali. "Now here's a film with Vijay on Diwali, hugely anticipated coming solo in Tamil Nadu, Imagine the possibilities. Also, the sheer anticipation built around the teaser is huge. I won't be surprised if the highest grossing film this Diwali, (if you look at the PAN India picture) will be Mersal. Vijay is like a mini Rajinikanth. He is huge in terms of his fan following. I truly expect a phenomenal opening and a phenomenal life time.” He also predicted that the film might rake in Rs 30 crore on day 1. "Between Mersal, Golmaal and Superstar, I won't be surprised if Mersal has the highest opening and the highest lifetime. In fact, he went on to state that Mersal's opening figures might be more than Golmaal's "Golmaal, we are talking about Rs 25 crore day 1, I am pretty sure, Mersal will be Rs 30 crore odd on Day 1."

Mersal got itself tangled in quite a few controversies prior to the release - The first issue was when a petitioner contested the tile and accused Sri Thenandal films of allegedly going ahead with Mersal without registration. Soon after, TN theatres went on a strike in reaction to the double taxation policy, from October 6th. Two days ago, Vijay met up with Tamil Nadu CM to discuss the issue. The film also faced trouble with the Animal Welfare Board of India, that refused to issue an NOC because they had a problem with a few scenes in the film. Without the NOC, The CBFC was unable to pass a certificate.