Mira Kapoor does not post often on social media but this Sunday fans are in for a treat. The lady has posted a pic of her Sunday Binge, which includes kissing husband Shahid Kapoor. She has shared a picture where we can see the two hugging and kissing one another. Fans went 'Uff' on seeing the picture. The two got married in 2015 but their romance seems as fresh as it did back then. Mira Kapoor and Shahid Kapoor are parents to two kids, Misha and Zain. Mira Kapoor has said that Shahid Kapoor and she manage to take time out for themselves in their busy schedule. Take a look at the picture... Also Read - Vicky Kaushal to Salman Khan: Can you guess these celebs from their school and college pictures?

Fans are having a meltdown after seeing this picture. They went gaga on how the couple are bold and romantic. This is not the first time Shahid Kapoor and Mira Kapoor have treated fans to an intimate moment. Check out some of the comments... Also Read - Madhuri Dixit Birthday Special: From Ranbir Kapoor to Tiger Shroff - These hunks described her as their ultimate crush 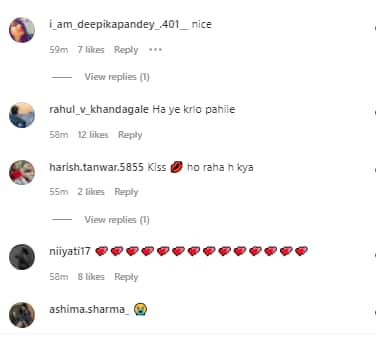 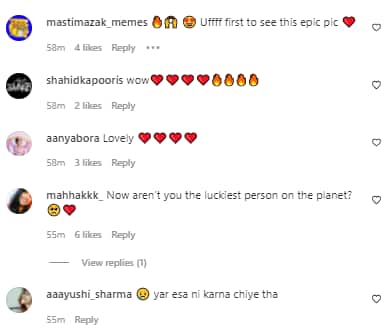 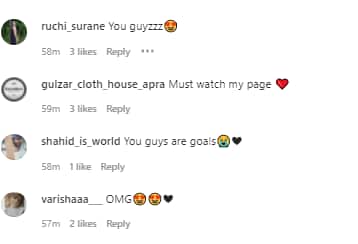 Shahid Kapoor and Mira Kapoor's PDA on social media is one of the best in Bollywood. A day back, she shared a picture of her in a printed dress looking smoking hot. On the professional front, his movie Jersey was supposed to come out in December 2021. Now it is delayed due to the pandemic. Shahid Kapoor is confident of the product and does not want an OTT release. He has told producers that he will take a fee cut equal to the overhead costs due to the delay. It was truly generous of him!