Have you checked out Miss World 2017's latest photoshoot?

Ever since Manushi Chhillar won the Miss World title last year, she has been on a roll. The title, besides being prestigious for all the reasons, is also a ticket to Bollywood. Manushi is often seen attending various film events already, sporting the Miss World crown. In fact the actress was also seen attending Filmfare Awards 2017, where she also shook a leg with Shah Rukh Khan and Ranveer Singh. If you think all this was too much too quick, what came later will leave you stunned. The Miss World posed for Dabboo Ratnani's calendar and if that's not a sign of her Bollywood aspirations, we don't know what is. And that's not it. The beauty pageant-winner is now on the cover of the Cosmopolitan magazine. Also Read: [Video] Miss World 2017 Manushi Chhillar asked Virat Kohli an interesting question and here’s what followed Also Read - Manoj Bajpayee thanks Kangana Ranaut for bringing up the topic of Nepotism, exposes the sad reality of award shows

Manushi is absolutely sizzling on the 'love' issue of Cosmopolitan this month and her hot pic will make it difficult for you to take your eyes off her. She is seen wearing a bustier by Rimzim Dadu, which she paired with a bright yellow skirt by Manish Arora. The body-hugging skirt flaunts her curves and her toned-midriff in this picture is too hot to handle. She keeps her makeup and accessories to the minimum and her simplicity here will win you over. Check out the pictures below: Also Read - Filmfare Awards 2017: Shah Rukh Khan claims Tiger Shroff is like a son to him. AWWW! 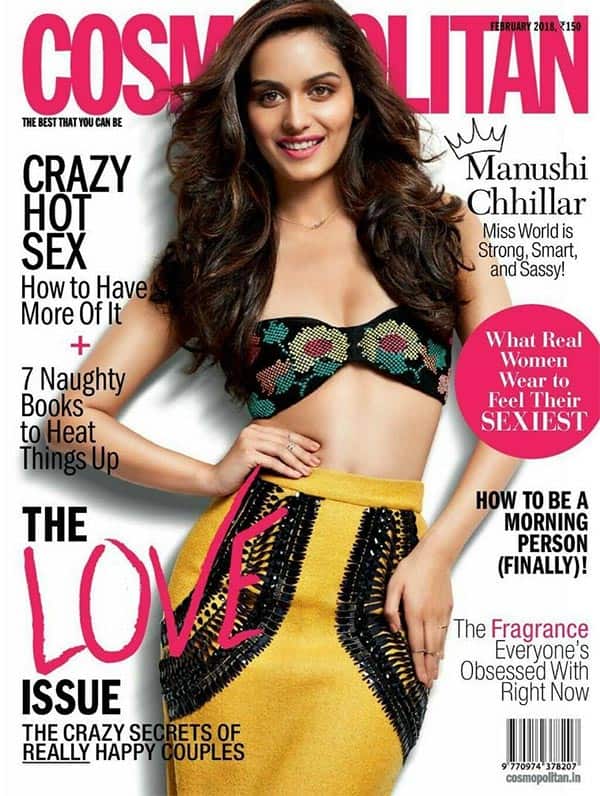 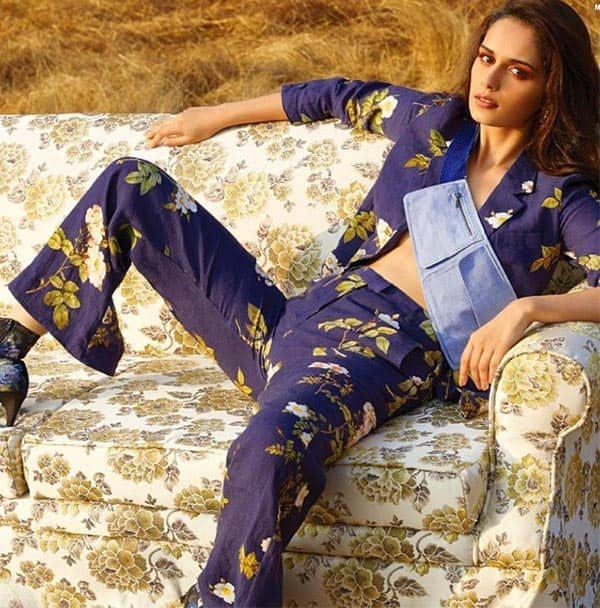 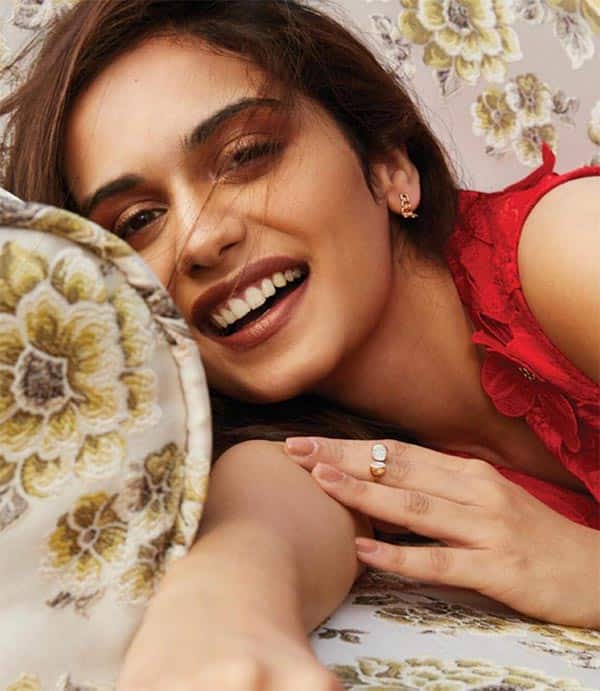 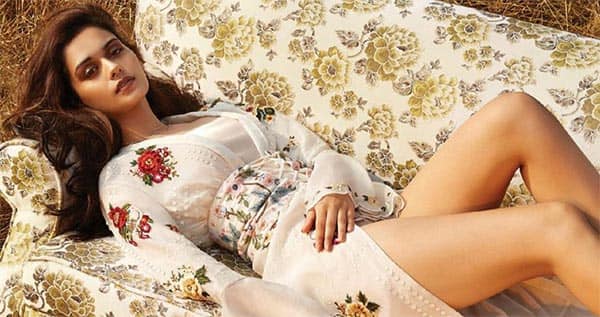 Manushi has become the new fashionista on the block and her recent outings have left the fashion police floored. During the Dabboo Ratnani calendar launch, Manushi arrived in a stunning red sequined dress by Falguni and Shane Peacock. During the launch, in an exclusive interview with Bollywoodlife, when asked about her Bollywood debut, she said: "You’ll come to know very soon." We tried again and asked her if it will happen this year and she replied, "I can’t promise which year, but it will be soon." This statement has left all her fans impatient for her Bollywood debut.