Want to watch Missing? Check out our review before you do so! 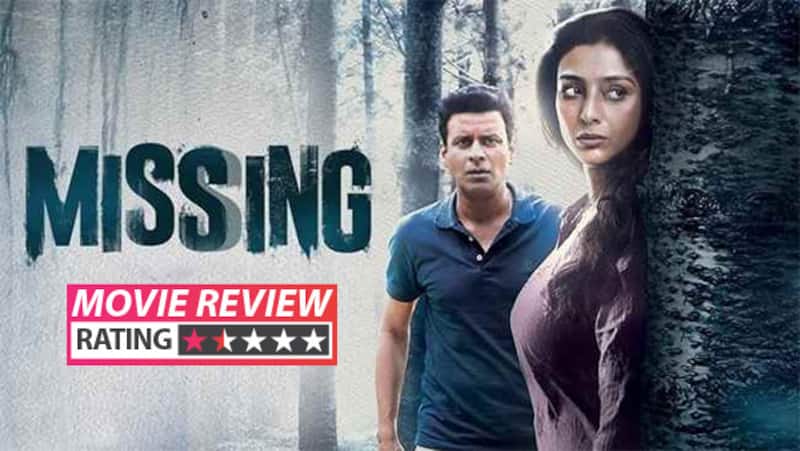 Suspense thrillers are rare in Bollywood, so every time we see a promising trailer lovers of the genre like me flock to the theatres. Missing is a thriller about the disappearance of a little girl in a posh hotel in Mauritius. Does she get reunited with her parents? What is her real story? These are the points the film explores in the form of an investigative thriller. Missing is directed by Mukul Abhyankar and stars Manoj Bajpayee, Tabu and Annu Kapoor in lead roles. Also Read - Mirzapur 3 star Pankaj Tripathi, Rangbaaz 3 actor Vineet Kumar Singh and more: 5 underrated Bollywood actors who shot to fame with their stellar performances

What is it about?
A man and a woman check into a hotel room and a little girl goes missing. Does the little girl really exist? What is the mother's story? Why are the couple so odd? Missing is a somewhat predictable film but the production values and performances make it a notch above the ordinary. Also Read - Laal Singh Chaddha: Netizens call Annu Kapoor 'rude' after he reveals he does not watch movies on being asked about Aamir Khan's film

What's hot
Performance wise Manoj Bajpayee creeps you out as the compulsive womanizer who wants to enjoy with every pretty woman he sets his eyes on. But the bad dialogues rob the impact of his histrionics. Tabu is in good form as the slightly mysterious Aparna. Annu Kapoor adds spark as the French speaking Indian policeman. The biggest star is however Sudeep Chatterjee's camerawork, which captures the mood of the scenes to perfection. He builds up the suspense through the camerawork and you wish he had better material. The background score by MM Kreem and editing is also good. The film also builds up some of the scenes very nicely like the ones with the suspected kidnapper. You don't get to see this kind of build up in most Bollywood thrillers. The supporting cast especially the guys who plays the subordinate cops are quite good. It is also a tightly packed film as we don't see too many locations, characters, suspects and so on.

What's not
The worst thing about the film is the amateurish writing. It goes from bad to worse at many places. The actors salvage them but it's bad. Some of the lines had the audience laughing, which is not a great thing in a thriller. The first half is taut but the suspense starts crumbling by the second half. You almost know what to expect and the climax is rather abrupt. The film is based in Mauritius but we see only Indians. We know that the Indian population is huge there but it is odd that we don't see anyone else.

Verdict
Missing keeps you hooked but it is largely due to the camerawork, crisp editing and Tabu and Annu Kapoor's performance. The film is let down by bad dialogues. While Mukul has succeeded in building some truly suspenseful scenes, the film loses steam in the last 15 minutes. At the climax, you know what to expect but the treatment isn't bad. It leaves you unsatisfied thinking it could be have been a lot better.