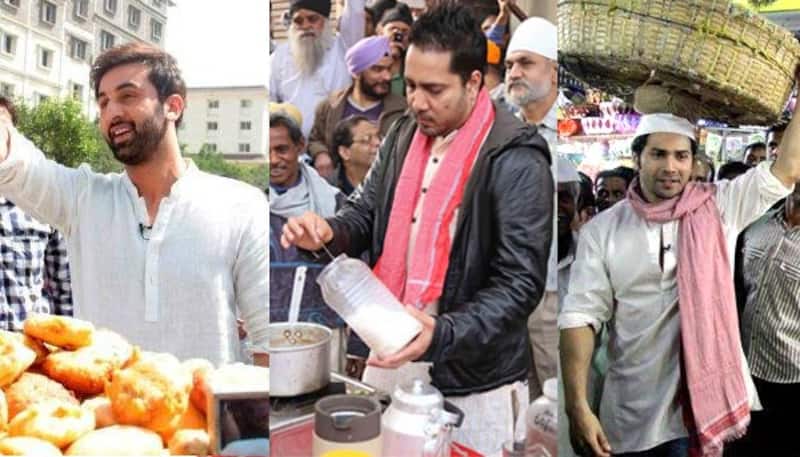 Colors’ new reality show Mission Sapne brings ten celebrities from Bollywood, television and cricket to step into the shoes of the common man and help change the story of their family. Presented by Sonali Bendre, Mission Sapne handpicked ten families who are in dire need of financial aid and decided to help them out. The show approached celebrities like Ranbir Kapoor, Varun Dhawan and Mika Singh to help solve a little of their issue by earning their living for a day. Also Read - Kaun Banega Crorepati 14: Besides Aamir Khan, Ranbir Kapoor, Alia Bhatt and more Bollywood stars set to appear as guests on Amitabh Bachchan's show

Three episodes later, we are humbled and emotional seeing the strength to survive of the lesser fortunate. What took our hearts is the willingness of these celebrities to sweat it out for them without any tantrums. Also Read - Alia Bhatt and Ranbir Kapoor off for a babymoon? Actress looks cute as she flaunts bump in a sweatshirt [View Pics]

Rabir Kapoor as a Vada pav vendor Also Read - Alia Bhatt and Ranbir Kapoor to become parents by end of the year? Baby due in December? Read Exclusive deets

He walked hoping to achieve great heights but his first attempt did seem too fruitful at the DY Pail College in Pune. After shifting his location, Ranbir sold vada pavs, danced, sang, hugged and kissed for money. While we are sure the Rockstar dude will never consider this as his secondary profession, he seemed to put in a lot of effort into it. After collecting almost Rs 7000, Ranbir helped ten-year old Sunita Ingle to pay for her cancer treatment. Very touching!

Mika Singh as a Chaiwala

The star singer decided to do his thing in Delhi where he grew up since childhood. It was a pity we could not taste the tea to rate him on his chai making skills. While a few ladies complained that the tea did not taste so good, there were many who were happy to sit around Mika, sip his bad chai and listen to some of his best songs. After a hard day’s work, Mika managed to earn about Rs 4000 for the 60-year old chaiwala, Lakhindra Paswan. But what truly stole our hearts was when Mika decided to take the onus of the paying for Lakhindra’s mother’s medical finances and sponsor his grandson’s education for the ten years.

The newbie took up the responsibility to help 57-year-old Prabhakar Karale clear his debts. For a day he walked in the shoes (literally) of a paatiwala. It was not an easy task and it is very hard to make any sort of income in this field, but luckily the starlet met some dildaar fans. At the end of the day, Varun managed to earn about Rs 4000 and Mr Karale breathed a sigh of relief, that now his troubles were indeed over.

The Good: The AV shot showcasing the story of each person was a piece of art. The music and the tone of frame were in sync with the story. Each case seemed genuine and heartbreaking; of course we shed a few tears too. The show never promises to make someone rich; just to help solve their financial crisis by a little. The ease with which the celebrities handled every situation that came in front of them- be it the over whelmed crowd, other abusive vendors or even people who unabashedly criticised their honest effort. We liked the fact that the profit is counted after deducting all calculating all the costs

The Bad: We are aware that the stars already know who they were going to help, then why the sudden reaction of surprise or shock. Is it really necessary to make everything so melodramatic? The actors are supposed to truly work as a common man. It would be interesting to know how many vada pavs Ranbir really sold or how many cup chais did Mika actually make. Some of the people who approached the actors didn’t seem genuine. We could be wrong but some did look like they were planted to get the ball rolling. Sonali Bendre felt was a li'l bland as the host, especially in the first episode.

All in all it seemed like a genuine effort, which often brought us close to tears. Let’s hope the message is loud and clear that everyone can truly help someone. The thought begins in the heart and then leads to actions. Mission Sapne is a beautiful concept which has the power to create a difference.