The premiere date of Girl in the City season 3 will be announced soon.

Guess who is back in the city! Mithila Palkar. Rajat Barmecha. Swati Vatssa. The millennial-favourite show Girl in the City is returning with its third season and the stars have started shooting. From the look of their social media updates, all of them are excited about embarking on this new journey. Also Read - BOLLYWOOD EXPOSED: Celebs who have been slamming and uncovering the ugly truths of the film industry

Mithila has been sharing updates on her Instagram story - including Rajat's birthday celebrations. Rajat seems to be the one most excited about his return as he does a little dance jig announcing that Girl in the City has kickstarted its production. Swati has shared an adorable all-stars Boomerang making the same announcement. In between the hectic shoot schedules, Mithila Palkar who plays the protagonist Meera Sehgal, Rajat Barmecha playing our favourite Kartik and Swati, who plays Sameera in the series always find time to pose for pictures and have oodles of fun! Check it out: Also Read - Trending OTT News Today: Mithila Palkar-Dhruv Sehgal's Little Things season finale date announced, Pavitra Rishta 2 star Shaheer Sheikh opens up on embracing fatherhood and more 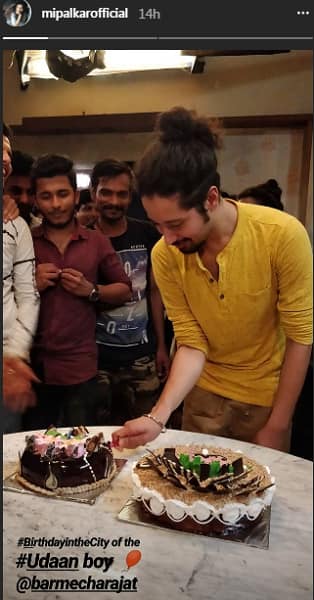 Bindass’ Girl in the City, that made its debut in 2016 with season 1, traces the journey of the small town girl Meera Sehgal who comes to the big city of Mumbai to pursue her dreams to become a fashion designer. With every new chapter, she overcomes new hurdles both personally and professionally, makes new friends her and yet manages to keep spirit and dream alive. The show has managed to strike a chord with the young audience, with the reliability of the premise and scenarios tugging at the heartstrings. The presence of internet sensation, Mithila, helped the case quite a lot. After being bowled over by her singing prowess, fans got to see that she is just as marvellous at the acting front as well.

The premiere date of Girl in the City season 3 will be announced soon.