Shahid and Mira stole the show with their style statement and their sheer presence at the event and proved yet again why they are the most loved celebrity couple in Bollywood. 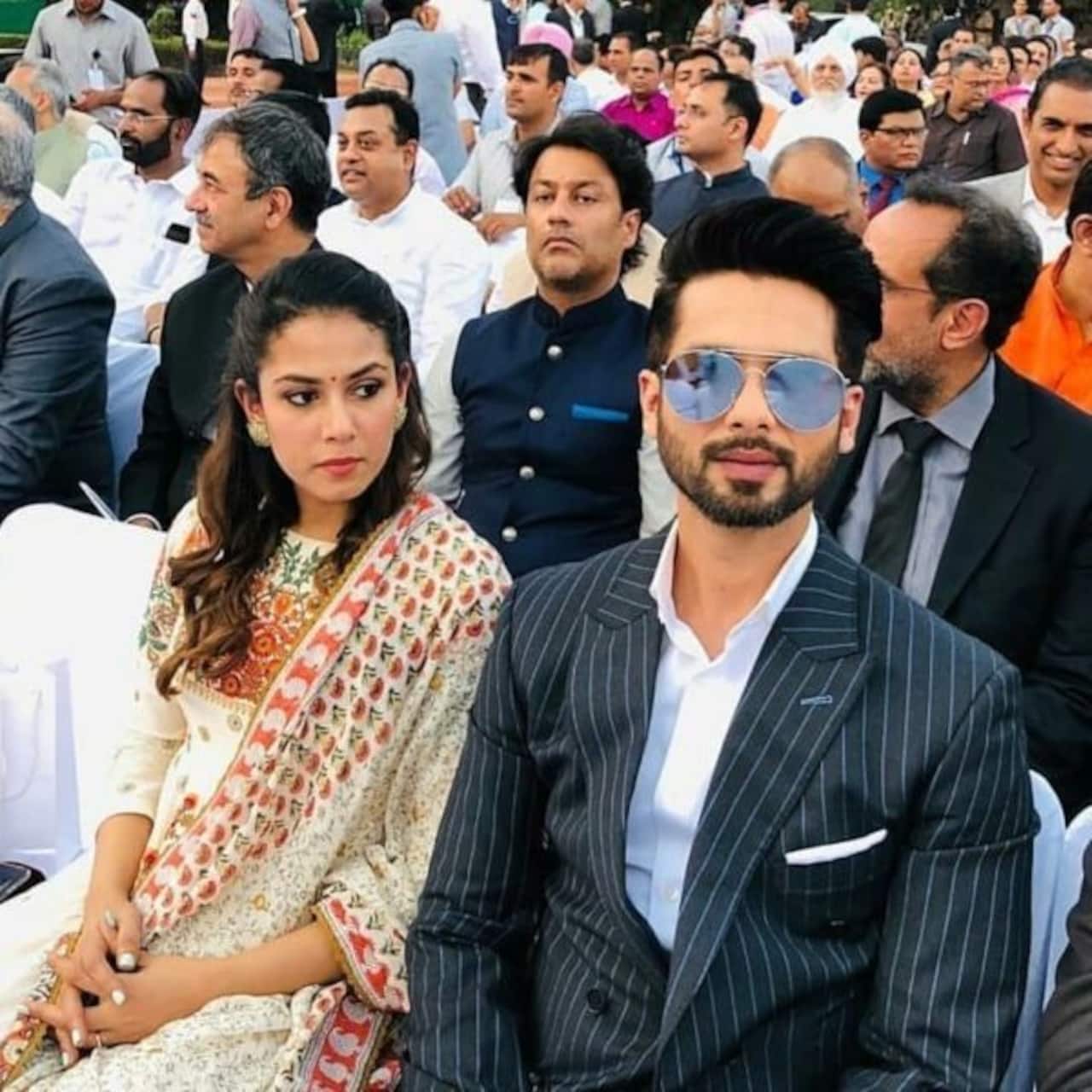 Narendra Modi swore in as the 17th Prime Minister of India and the oath ceremony was attended by many celebrities from Bollywood. From Kangana Ranaut to Karan Johar to Rajinikanth, Bollywood was everywhere at the swearing-in ceremony and spread some gloss. But one couple which stole the show was Shahid Kapoor and wife Mira. The couple stole the show with their style statement and their sheer presence at the event and proved yet again why they are the most loved celebrity couple in Bollywood. Social media is abuzz with pictures of this couple and we bet you cannot take eyes these two. Check them out right here: Also Read - Farzi star Shahid Kapoor shares all about his experience of working with The Family Man creators Raj and DK

Earlier, ahead of the swearing-in ceremony, pictures of celebrities clicking pictures went viral on social which has superstar Rajinikanth, filmmaker Karan Johar, actress Kangana Ranaut and many others. These pictures went viral on social media much to the joy of fans. Check them our right here: Also Read - When Shahid Kapoor was accused of creating a fuss over Kareena Kapoor Khan and Fardeen Khan's initimate scenes

After a landslide victory in the recently held Lok Sabha Elections, Narendra Modi was elected as the Prime Minister for the second time and swore in this evening at the Rashtrapati Bhavan in Delhi. Along with Modi, many other Ministers too swore in as MPs and were given their portfolios. Popular singer Babul Supriyo too was handed a portfolio who contested from Bengal in the elections. Also Read - Farzi: Makers of Shahid Kapoor, and Vijay Sethupathi starrer reveal they got demonetization idea before PM Narendra Modi