Mohanlal first look: Manju Warrier has eyes only for Lalettan while Indrajith Sukumaran can't keep her out of sight

Since today is Mohanlal's birthday, the makers have chosen this date as the right time to launch the first look of the movie.

Every Malayalam movie lover will agree with me that the population in Kerala is not divided into caste, religion, or political factions but into this - either you are a Mohanlal fan or Mammootty's. Both the National Award winning actors have a very large influence on the state as well as the cinema industry. They have even played themselves in a few movies where the protagonists of the movie are shown as a fan of these actors like Rasikan, Manu Uncle, Number 20 Madras Mail, One Way Ticket etc. But now Mohanlal's legacy gets a bigger boost, as there is a movie being made in his name. Above all, it is his favourite heroine Manju Warrier who will be playing his biggest fan in the movie. Also Read - Marakkar full movie leaked online for free download on Tamilrockers and more; Mohanlal, Manju Warrier’s film becomes latest victim of piracy

Since today is Mohanlal's birthday, the makers have chosen this date as the right time to launch the first look of the movie. So here we have the colourful poster of Mohanlal, which shows the craze of his fans in Kerala. Then there is Manju Warrier whose shades has Mohanlal in both her lens. There is Indrajith Sukumaran, who is the male lead, and is besotted with her, going by his shades. Interestingly, we get to see Mohanlal from the early '80s in Manju Warrier's sunglasses, while we get to a teenage Manju in Indrajith's shades. Also Read - Trending South News Today: Mohanlal's Marakkar wins audience's hearts, Samantha Ruth Prabhu reaches new Instagram milestone, Mahesh Babu's knee surgery and more 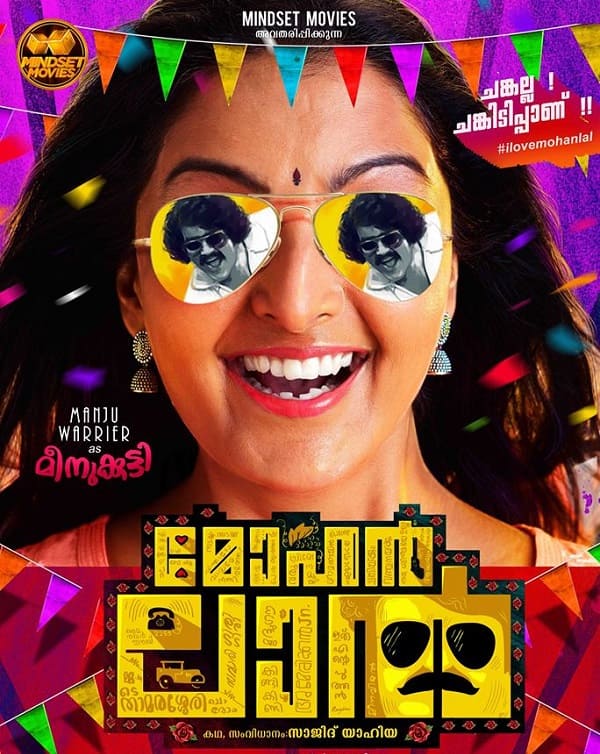 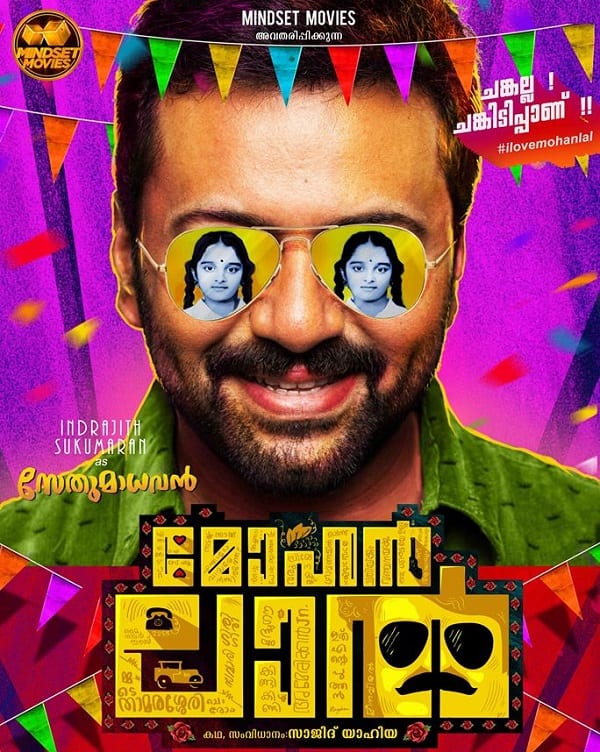 Mohanlal will be directed by Sajid Yahya, who last made IDI (Inspector Dawood Ibrahim) with Jayasurya. Manju Warrier's character will be called Meenukutty, a name that will resonate with every Lalettan fan, as it is the name of the heroine in Aey Auto. Soubin Shaheer and Aju Varghese will play important roles in the movie.