Mom-to-be Alia Bhatt rushes home as she returns from Singapore; netizens in awe of her personality

Brahmastra actress Alia Bhatt recently returned to Mumbai from Singapore and was seen in a hurry to go home. Watch the video here. 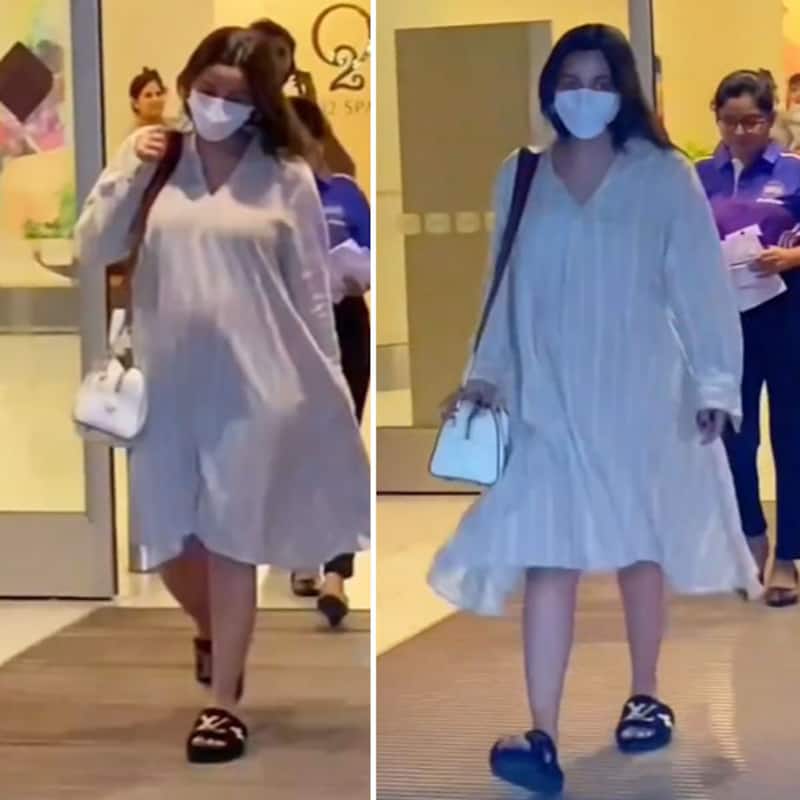 Brahmastra actress Alia Bhatt returned to Mumbai from Singapore after receiving the Time100 award. Alia's speech at the award went viral on social media and fans went gaga over it. Alia was recently spotted at the Mumbai airport on Monday night and looked beautiful in a loose dress and a mule. She completed her look with a mask. Alia seemed to be in a hurry and waved at the paps before getting into the car. Alia's fans have liked her comfy fashion clothes during pregnancy. Also Read - RRR registers roaring win; before Oscars 2022 Ram Charan, Jr NTR film wins Best Picture at Atlanta Film Critics Circle

Alia has been constantly working during her pregnancy and has been giving major fashion goals with her stunning maternity wear. Also Read - Aashiqui 3: Kartik Aaryan meets Anurag Basu and Bhushan Kumar; fans urge to get Shraddha Kapoor on board

Alia even announced about having a crush on her husband Ranbir Kapoor. In a new promotional video, Alia revealed that she is the biggest fan of Ranbir. In the ad, Alia said that she is a fan of great performers and took Ranbir and Hollywood legend Meryl Streep's name.

On the work front, Alia and Ranbir basked in the success of their film Brahmastra. She will soon be making her Hollywood debut with Gal Gadot in Heart Of Stone. Alia also has Rocky Aur Rani Ki Prem Kahani with Ranveer Singh.