Neha Dhupia got brutally trolled on social media for her comment on Roadies Revolution. 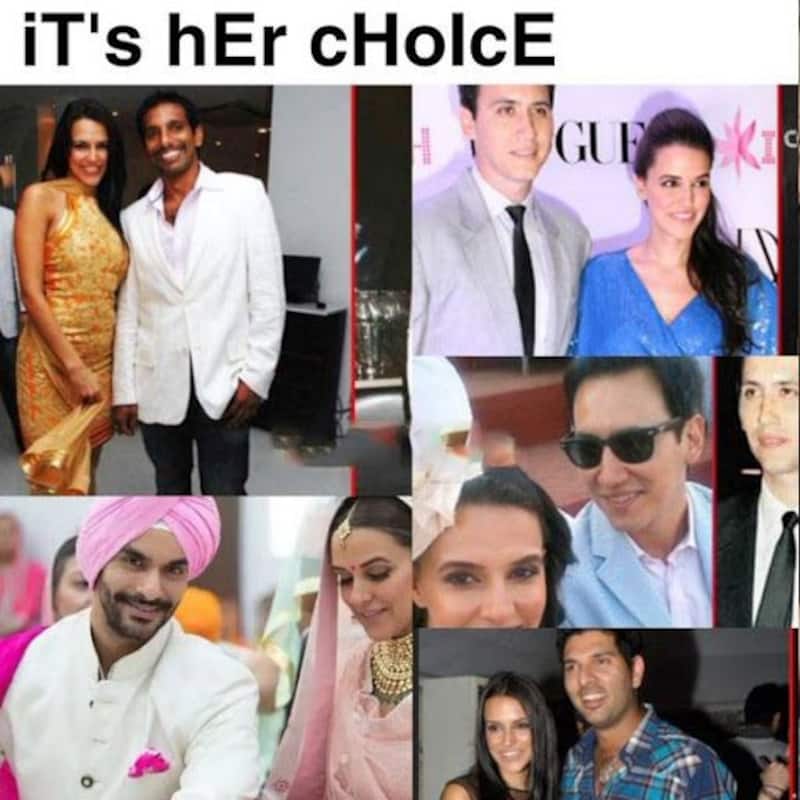 It is not easy to survive on social media. Moreover, if you're a celebrity, it becomes next to impossible for you to maintain a stoic stance on the medium. People are ready to attack and troll you in the blink of an eye. And that is exactly what happened recently to Neha Dhupia. The actress got brutally trolled on social media for her comment on Roadies Revolution. The actress' response to a contestant, who mentioned that he slapped his girlfriend, went viral on the internet in no time. And Neha Dhupia became the butt of jokes and also got called out for fake feminism. Responding to the guy whose girlfriend cheated on him with 5 different men, Neha said, "Yeh jo tu bol raha hai na ki ek nahi paanch ladko ke saath gayi thi... sun meri baat - it's her choice (You're saying she was with five men... listen to me... it's her choice). Maybe the problem lies with you. Nobody gives you the f***ing right to slap." Also Read - Chunky Panday Pre-Birthday Bash: Salman Khan, Aryan Khan, Karan Johar and more attend the star-studded night [Watch Video]

#NehaDhupia after supporting girl with 5 boyfriends and abusing boy pic.twitter.com/gY9j2GS8WR

Even real feminist got fainted after seeing that clip.#fakefeminism
#NehaDhupia
@NehaDhupia pic.twitter.com/IebFRPNwpf

Neha : its her choice #NehaDhupia pic.twitter.com/NqBJYYVYUd

Neha : if a girl is having 5 boyfriends at a time, its her choice... pic.twitter.com/Rrzt3axrrL

Earlier, Neha had revealed that she is not a feminist. On being asked about the obstacles she has faced as a woman, she had said, "Not really. There are pre-conceived notions about what a man can do and what a woman can do. I was very proud of myself when I was associated with Roadies last year; there were no gender biases on the show. It’s a great thing. In fact one of the reasons why I have supported this show so much is because we always believe that what a man can do even a woman can do that better. Having said that, there are certain people that believe women have certain kinds of jobs to do and a man has certain kinds of jobs to do, but it is changing. I have never felt it in particular."