"Does Justin Bieber not know how burritos work?"

Monday is back and so are we with a new batch of memes. And this time around, BL has a Hollywood celeb making a meme out of himself. The celeb in question here is Canadian singer and sensation, Justin Bieber, who has been in the news of late for his engagement with Hailey Baldwin. Drifting from his relationship with her, let us get back to telling you how Justin made a mockery out of himself yet again. It happened so, that the actor was papped sitting on a bench eating a burrito, and people on Twitter went berserk over his way eating the food item. While the 'Baby' singer looked dapper AF in a pink hoodie paired with denim shorts, him eating burrito sideways got the netizens cracking jokes on him. The picture looks fine until you observe it closely and realize Justin was indeed having a burrito differently.

Trick or treat! Justin Bieber and Hailey Baldwin to go undercover for Halloween this year

Before we leave you to the memes made by social media users on Justin's burrito eating ways, here's that picture of him: Also Read - Shah Rukh Khan's daughter Suhana Khan is tripping on Justin Bieber's Peaches with bestie and we are loving it – watch video 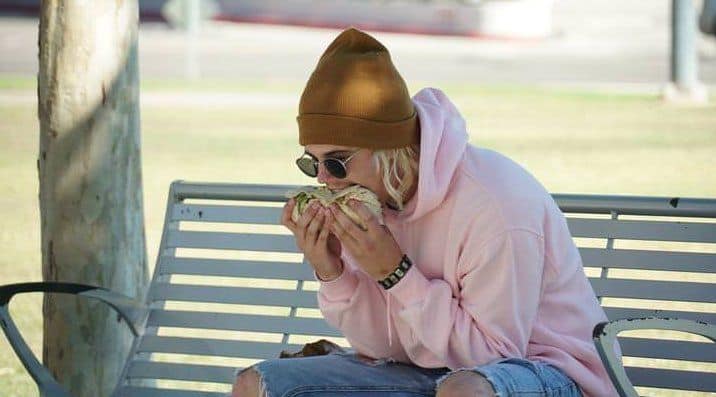 Also Read - Friends Reunion: Lisa Kudrow aka Phoebe Buffay REVEALS her experience of sharing the stage with biggies like BTS, David Beckham and others

Now, look at the series of memes which followed...

Justin Bieber eating a burrito sideways feels like an insult to everything San Francisco stands for. pic.twitter.com/nfPDioCbGw

this picture of justin bieber incorrectly eating a burrito is what i see when white people put arepa toppings on top of the arepa pic.twitter.com/ffUsJ9WY2N

The way Justin Bieber is eating this burrito will haunt me for the rest of my life. pic.twitter.com/UCZHvD57XF

Someone tell Justin Bieber that a burrito is not a harmonica. pic.twitter.com/yIqnSjqWMA

Cannot trust Justin Bieber if he is eating burritos like this: @ChicksInTheOff pic.twitter.com/Dl6DSmlEpD

You can’t trust anyone who eats their burritos like this ? #JustinBieber pic.twitter.com/WVA2rsUxSD

Can you trust Justin now that you know he was eating a burrito sideways?