Mother's Day 2022: Geeta Basra in an EXCLUSIVE interview has spoken at length about how social media has made unrealistic goals for mothers, and about trolling [Exclusive] 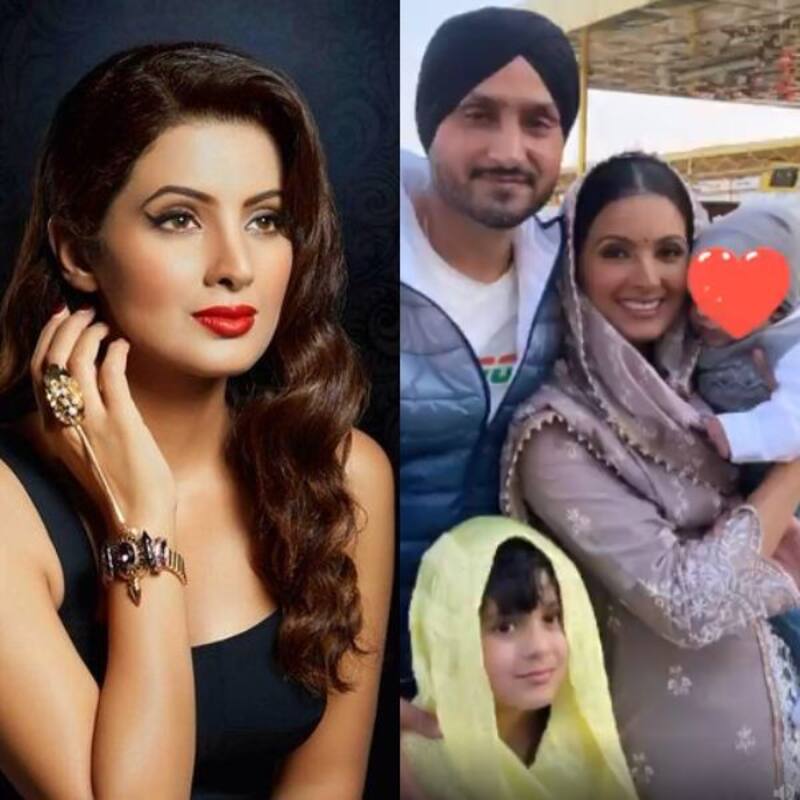 For me, every day is Mother’s Day. Mothers are truly special as because of them there are generations after generations. Moms are not just those who physically give birth to kids. There are women like Mother Theresa who devoted their lives to children. Motherhood is about unconditional love. Every day is Mother’s Day for me. Talking about raising kids in an evolving world, which is trying to do away with age old rules of patriarchy and sexism, Geeta Basra says, “Every generation had its own ways and hurdles of raising kids. Way of life with so much of social awareness and topics being openly discussed in public forums. When my parents raised us, awareness was less. Today, there is so much information. Our parents raised us wonderfully. They were open-minded. My mom sent her 18-month-old daughter to a new country to pursue her dreams. Kids today are born smart. They grasp things very quickly. They are also inquisitive, and you have to keep pace with them. We need to let go of the thought that it is just us teaching kids. We are learning from them too. We have to go with the time and trends. Also Read - Rakhi Sawant brutally TROLLED for claiming BF Adil is planning to buy 10 flats in Dubai as they're cheaper; netizens say, 'My whole life's a lie'

Geeta Basra has refrained from sharing too many pics of Jovan on social media. When we asked her about the trend of parents even sharing pics of infants on social media, she said, “With Jovan I have not shared his pics. I have not prepared in case of Hinaya. Honestly, I was not willing to give her pics so early. But when we visited the Golden Temple, the media got her pics. Plus, she got clicked at the stadiums. She was more out there. With Jovan it is different as Bhajji has retired. And I do not put him out on social media. I did not much control as we were travelling with Bhajji. There would be cameras in stadiums, airports and so on. I am remember Hinaya was very scared when she got papped at Golden Temple. I could see fear in her eyes. There were so many cameras, and she was a little baby. But it was not in my control. After Jovan’s birth, I have not stepped out much. Of course, there is a pandemic and so on. I keep him away from the social media thing.” Also Read - Vijay Deverakonda, Aamir Khan, Sunny Leone and more: Bollywood stars who bared it all and posed nude for film posters [VIEW PICS]

The actress also opened up on the incident when she got trolled for not carrying Jovan in her arms when she was catching a flight. In the recent past, we have seen people trolling other celeb moms like Debina Bonnerjee, Shilpa Shetty, Mira Rajput to name a few. Opening up on it, Geeta Basra said she found the trolling funny. “Actually, my team got in touch with me to ask if I did like to comment. We were at the airport travelling to Punjab. Hinaya told me that mamma you have to hold my hand. My eldest sister-in-law was also travelling with me. I gave Jovan to her and Hinaya took my hand. The comments I got, she cannot hold her own baby, oh she gave it to a nanny and so on. First of all, it was a family member holding my baby. I have two kids and my eldest wanted to hold my hand. Both my kids need my attention. It is very stupid to assume such things. Such comments should be ignored. I feel people are just sitting there to troll…I want to say…aap itne velhe ho kuch kaam nahi hai.” Also Read - Liger: Vijay Deverakonda's nude poster hits a milestone on Instagram; excited fans declare him 'Hottest man alive' [VIEW TWEETS]

Geeta Basra also voiced her opinions on the unrealistic expectations women put on themselves seeing social media, especially with regards to appearance. The actress said that post pregnancy weight loss is an individual journey. “I would say please do not follow what you see on social media. Every woman has a different metabolism. With Jovan I did not gain much weight so I lost it fast. With Hinaya I took over a year to shed the extra kilos. I enjoyed motherhood. I took my time. Social media puts unrealistic expectations and it is fake. Do not go for silly diets, especially if you are a lactating mother. Eat well so that you can pass on the nutrition to the kid. Some people shed weight easily, some do it faster. Enjoy your motherhood. With Jovan, I was running around two kids all day and hence lost weight.