Mouni Roy channels her inner Disney princess once again, this time as Belle from Beauty and the Beast - view pics

Remember the other time when Mouni Roy dressed up as Jasmine from Alladin?

Mouni Roy is having a gala time promoting her first film, Gold. She took a break from shooting for Brahmastra in Bulgaria and came to the city. For the latest day of promotions, the actress decided to channel her inner Dinsey Princess once again. The actress wore an outfit that is very similar to what Belle wore in Beauty and the Beast. We wonder who was dressed as the Beast though. The actress put up the pictures on her Instagram story. And we have to say she is looking breathtaking as Belle. Also Read - Brahmastra actress Mouni Roy grooves to Jalebi Baby; looks smoking hot in a LBD worth Rs 27K – watch viral video

Let us not forget that this won't be the first time Mouni has picked a princess to imitate. Remember the time when she was hosting So You Think You Can Dance? Well, on one thematic episode she was dressed as Jasmine from Alladin. And she looked perfect to the T. She looked as perfect as Jasmine as she did as Belle. Will someone cast her in the movie adaptation of Beauty and the Beast already? Also Read - 5 times Brahmastra actress Mouni Roy sizzled in white and left us gasping for breath – view pics 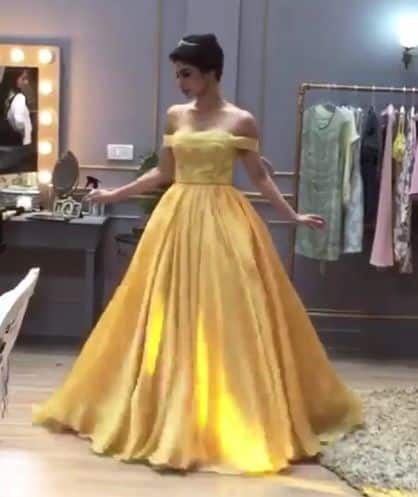 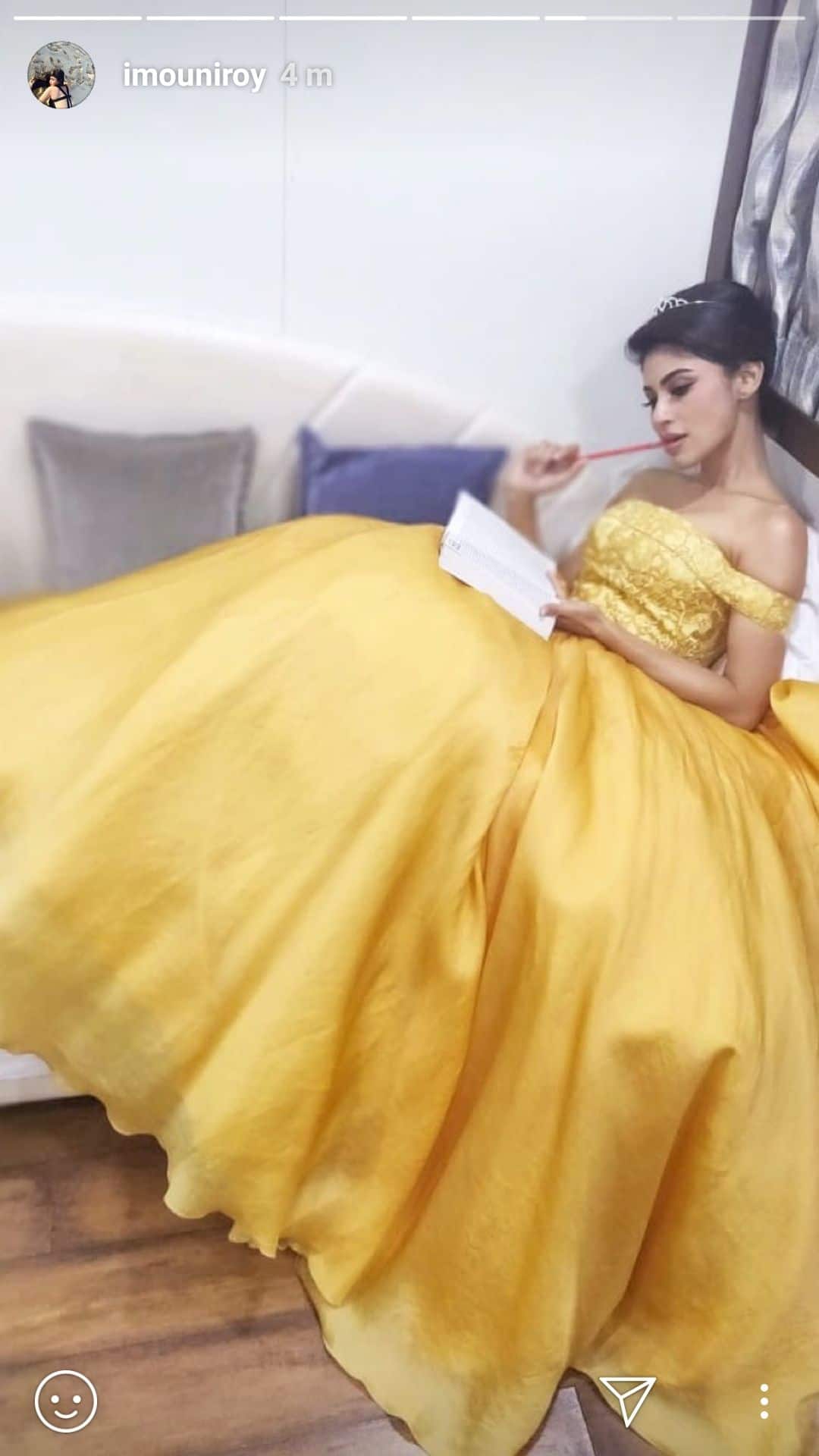 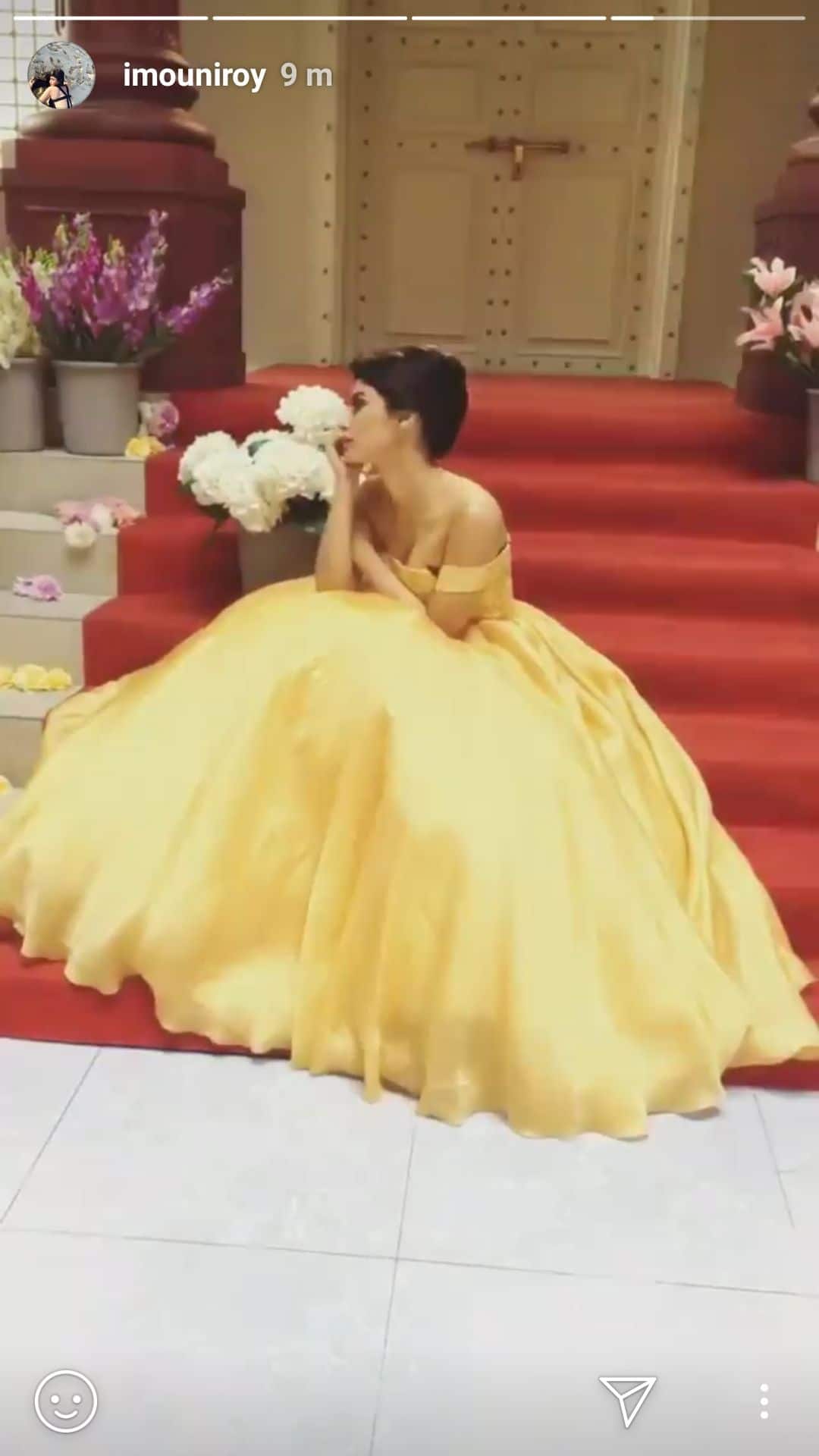 When Mouni dressed as Jasmine... 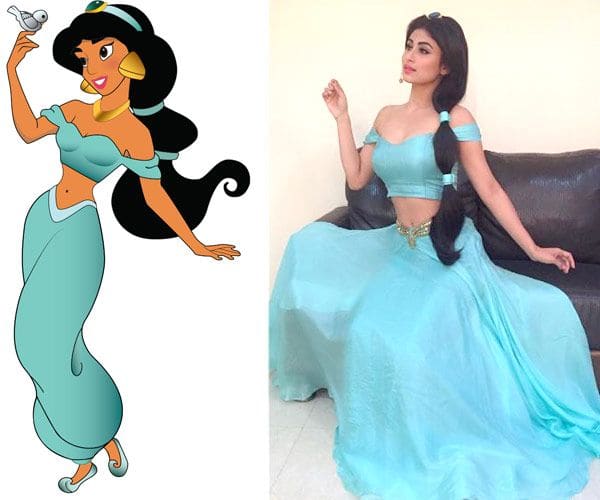 Stay unaware, stay lost; be a disney princess whenever you get to be! Thank you @rishika_devnani for the metamorphosis, saaru, mukesh @sashamiranda91 & @eshagupta3105 for the dress up get up etc etc?? P.S Corny? Yas, i lovee corny.

Mouni has quite an exciting lineup of projects. She is all set to make her Bollywood debut playing Akshay Kumar's wife in the sports drama, Gold. Then she also has the Ayan Mukerji directed fantasy drama Brahmastra. The movie stars her alongside Bollywood stalwarts like Alia Bhatt, Ranbir Kapoor and Amitabh Bachchan. The buzz is that she will be playing the big bad villain in the movie. Then she also has bagged the role opposite John Abraham in the thriller titled RAW: Romeo Akbar Walter. She will also be seen sharing the screen space with Rajkummar Rao in a movie titled, Made in China.