The actress' role is limited to that of Akki's love interest 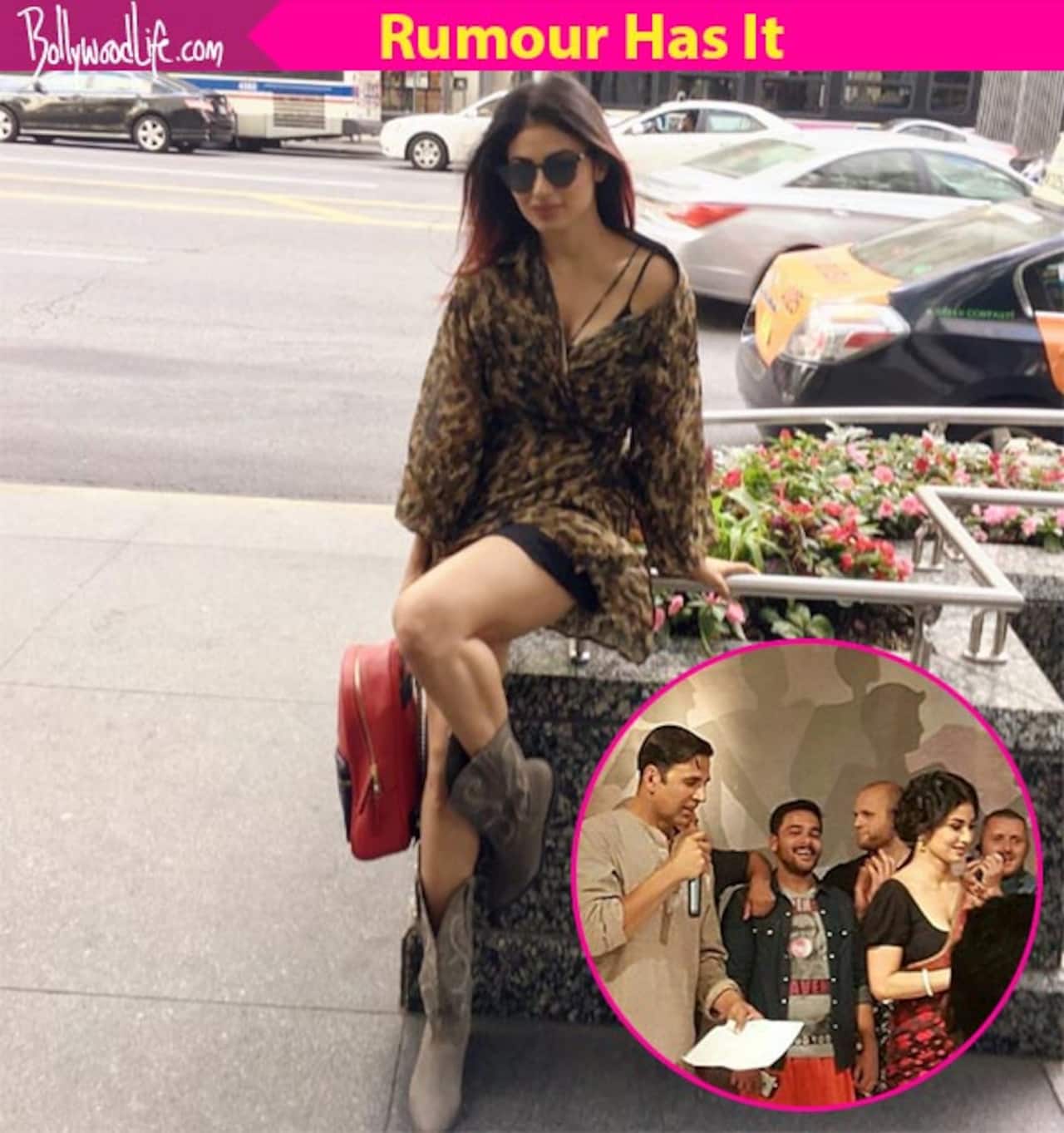 Everyone is excited and going gaga over Mouni Roy's debut film Gold with Akshay Kumar but apparently Mouni is not so excited for same. The reason doing the rounds is the fact that she has very little role in the sports biopic. Mouni is rumouredly a little upset over the same. So, her hopes are pinned again on Naagin 3 that's scheduled to be back in Diwali. Sources associated with the film tell us that Mouni has nothing sizeable to do in the sports biopic than just being just Akki's love interest. Mouni Roy's maiden film Gold centres around the male actors. Akshay Kumar, Kunal Kapoor, Amit Sadh and Sunny Kaushal are part of the team that won Gold in the London Olympics. That leaves Mouni as just a mere showpiece in the film. The role is similar to that of Sonam Kapoor in Farhan Akhtar's Bhaag Milkha Bhaag.

Mouni Roy was cast in Akshay Kumar’s Gold because of her talent, not recommendation, says producer Ritesh Sidhwani

Gold is a patriotic sports drama, it will bring to the screen independent India's first Olympic gold, won by the Indian hockey team in the 1948 London Olympics. The film will have more sports than romance and Mouni will be seen only in bits and pieces in the film. She plays Akshay Kumar's romantic interest in the film. Though her look is glamorous and retro there is nothing beyond that for Mouni in the film. She has already finished her portions the film and only a few scenes are remaining. The film will release next year on August 15, 2018.

Mouni's debut film is directed by Reema Kagti who directed films like Honeymoon Travels and Talaash. The movie is a biopic based on Balbir Singh, the celebrated hockey player who led India to victory in three consecutive Olympics in 1948, 1952 and 1956. After wrapping up Naagin 2 she has lots of free time that she is spending with family and friends. Juggling between her other commitments and film shoot, Mouni did manage to celebrate Raksha Bandhan with her real brother Mukhtar as well as her Rakhee brother Amit Kapoor. Also Read - Mouni Roy is fire in her sizzling avatar; check the Brahmastra actress in her hottest ever avatar [Watch Video]

Mukhar who is studying and living in hostel came down to Mumbai for Raksha Bandhan and Mouni spent the day with him. Check out Mukhar lifting his elder sister and posing for selfie. After celebrating Raksha Bandhan with real brother Mouni rushed to her best friend Aamna Sharif's place. She and Aamna are best friends since ages and also Aamna 's husband Amit Kapoor is Mouni's Rakhi brother. She refers to him as Dadabhai. Mouni values her relations and stands by people who have stood by her through thick and thin. She has friends like Ruby Tandon, Sohanna Sinha, Astha Chaudhary, Reshmi Ghosh who are her friends from industry and have been with her since beginning. Stay tuned to Bollywood Life for more scoop and updates...