Here's looking at the movies this week. 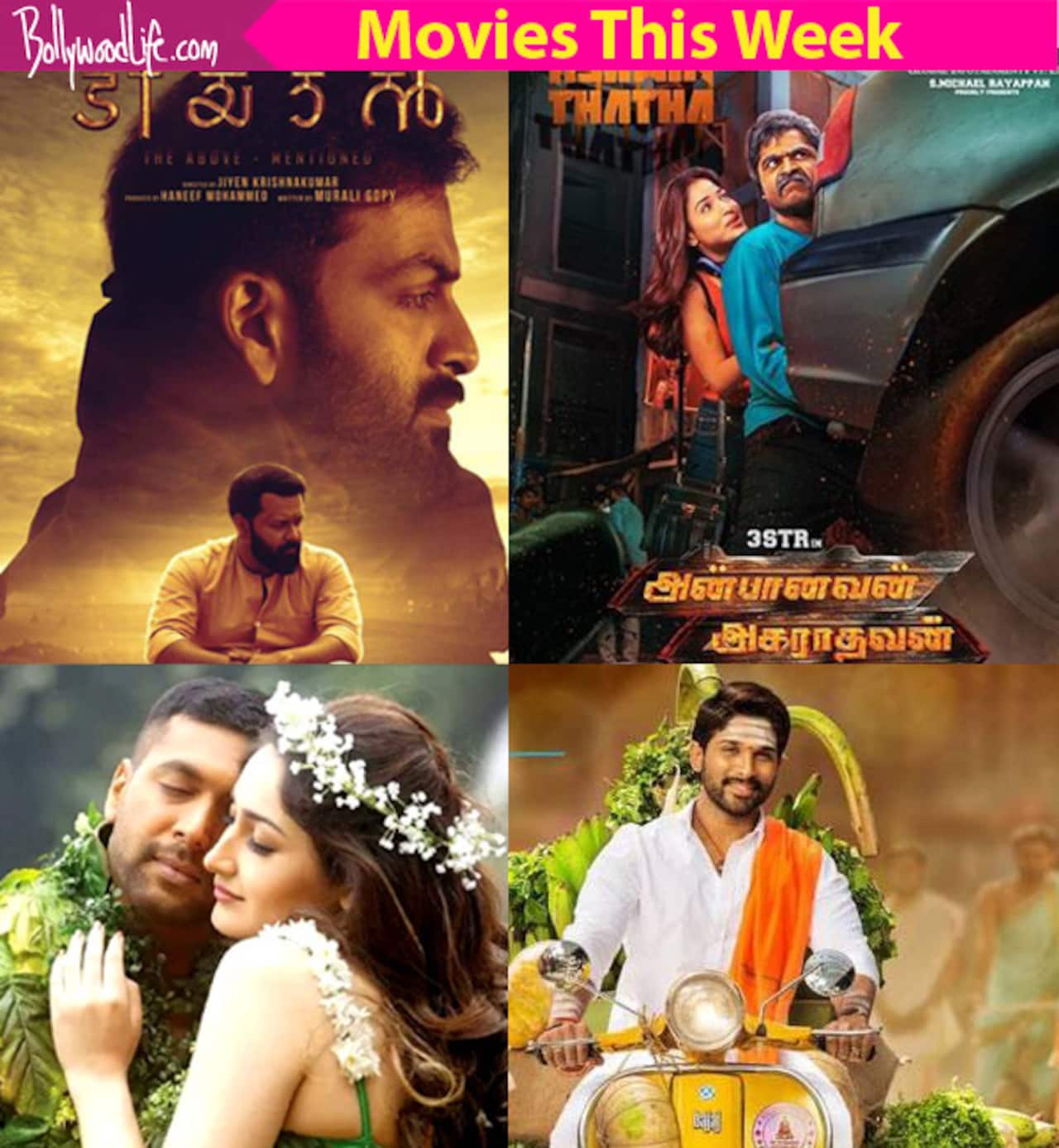 Post Baahubali, there haven't been any big releases except for Naga Chaitanya's Ranrandoi Veduka Chuddam. But the lull will now be hit by a storm as 4 grand releases are lined up for the special occasion of EID. On 23rd June, the south industry will have 4 films releasing - two Kollywood, one Malayalam movie and one Tollywood release. Each of them are different from one another. One is a political drama, one is a adventure romance, one is an actioner romance and one will star the actor in a never-seen-before triple role. Let's give you lowdown of the four movies that will hit theatres on 23rd June. Also Read - Will Allu Arjun’s Ala Vaikunthapurramuloo Hindi version release take away charm of Kartik Aaryan’s Shehzada?

Synopsis - This is the most awaited release this EID. In this film, Allu Arjun plays a tradtional Brahmin cook but this character is a cover up for his real avatar - an assassin spy by the name - DJ. So this is a love story with some power packed action sequences. Except a combination of edge of seat thrills and sizzling romance. Also Read: DJ trailer: Allu Arjun is superb as he pulls of a Brahmin and an assassin avatar with equal swag

Why should you watch it: The film features Telugu superstar Allu Arjun! His undeniable star presence, his versatility and his killer dancing moves make him one of the most popular actors of Tollywood. No wonder, he boasts of a huge fan base. That makes this movie a must watch. Also, Allu Arjun-Pooja Hegde's paring is another reaosn why you should catch this romance-actioner!

Synopsis: The film is a political historical drama set in the fictional town of Devanagiri. Prithviraj plays Aslam Mohammad, a powerful intense character that will be shown across two time periods. Indrajit, Prithviraj's brother will also play an intense character who goes by the name - Pattabhirama-giri.

Why should you watch it: This film stars the famous Sukumar brothers - two powerhouses of talent! The film's cinematography and visuals has got fans talking and celebs talking.While the story line of the film seems vague, it is still one of the most intriguing films. Also Read: Tiyaan trailer: Prithviraj steals the show in this intense historical-political promo

Synopsis: This film is an unofficial remake of Tarzan. Jayam Ravi plays a jungle boy from an unknown tribe. One of his escapades takes him to the city and that's when his real adventures begin.

Why should you watch it: Jayam Ravi will be seen in a brand new avatar. The fact that it's an AL Vijay film makes it a must watch. The film's compelling visuals is also another highlight.

Synopsis: AAA is an action comedy that is releasing in two parts. Simbu will be playing two significant characters - Madura Michael and Ashwin Thatha. The first part will release on 23 June.

Why should you watch it: Simbu will be playing a triple role for the first time. This film looks very different from what Simbu has done in the past. It seems to be his most challenging film till date. That's why AAA is a movie to watch out for.