Movies This Week: Notebook and Junglee

So, Notebook or Junglee - which one will you watch first? 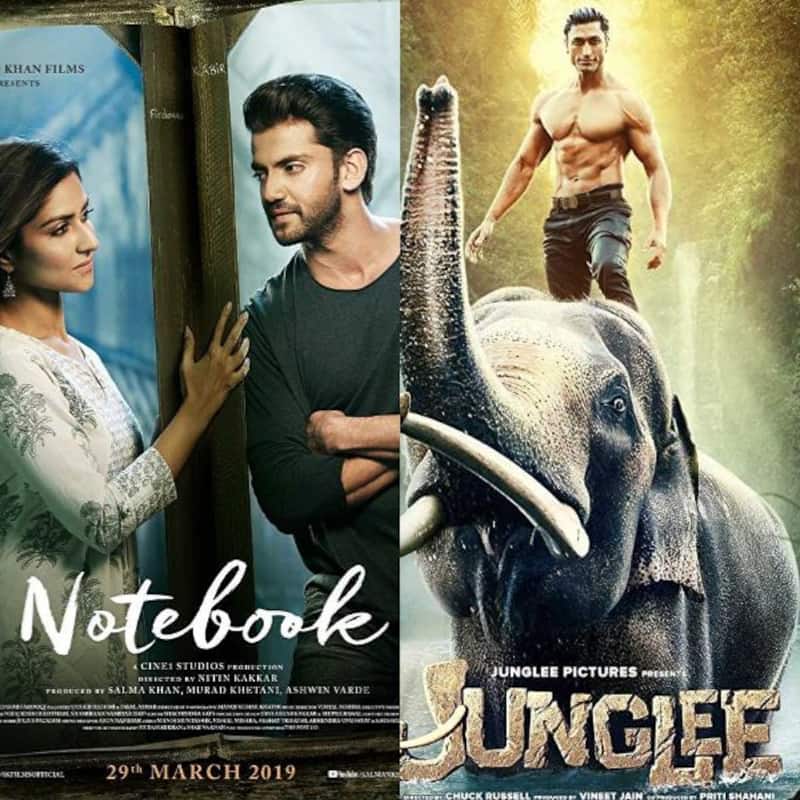 The year 2019 has been a fantastic one with content-driven films or biopics or star-driven films. Last week, we saw two very different genres of films, that is Kesari and Mard Ko Dard Nahi Hota. Akshay Kumar and Parineet Chopra-starrer Kesari had a fantastic opening at the box office and Mard Ko Dard Nahi Hota which starred debutant Abhimanyu Dassani and Radhika Madan along with Gulshan Devaiah is heaping praises from many and is going steady. And this week, we will see Vidyut Jammval's Junglee locking horns with Salman Khan-produced Notebook starring debutants Zaheer Iqbal and Pranutan Bahl. Apart from Vidyut, the film also stars Pooja Sawant and Asha Bhatt and will mark their debut in Bollywood. So this week, we will get to see four fresh faces on-screen. Also Read - Sonakshi Sinha steps out in a sexy red-hot gym co-ord set; gets needlessly TROLLED for her weight [View Reactions]

Director: Chuck Russell
Synopsis: The story revolves around a vet who, on his homecoming to his father's elephant reserve, encounters and fights an international poachers racket. Also Read - From Shilpa Shetty to Sonakshi Sinha: 10 Bollywood celebs who don't resemble their parents at all

In case you are new to this space, here's the trailer of Junglee...

Director: Nitin Kakkar.
Synopsis: An ex-army officer, Kabir (Zaheer Iqbal), becomes a teacher in Kashmir at a school that is in a miserable condition. Things take a turn when Kabir finds a notebook left behind by the previous year's teacher Firdaus (Pranutan Bahl). It is the love story of these two that the film follows.

In case, you missed Notebook's trailer, have a watch here...


So which film will you watch first? Let us know by tweeting to us @bollywood_life... and stay tuned!