Movies to watch this week: Humshakals and Aahinsa-The Untold Story 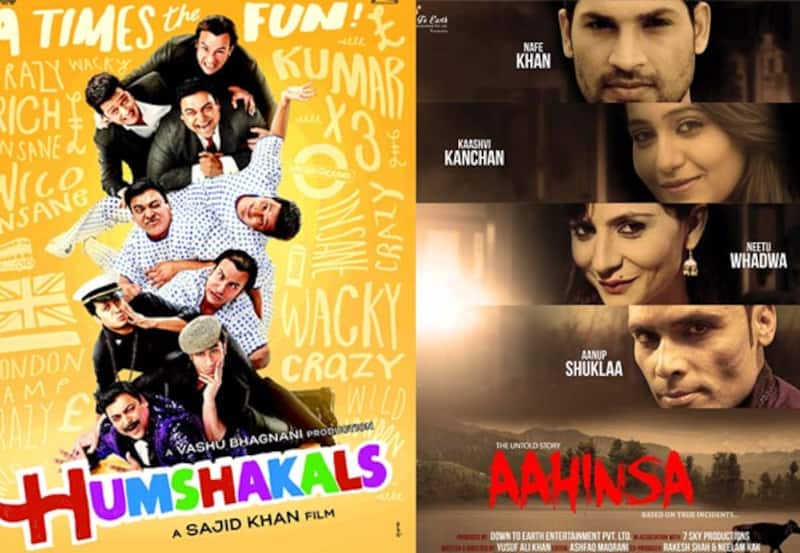 Synopsis: Humshakals is the story of the confusion and mayhem that takes place when three individuals (Saif Ali Khan, Riteish Deshmukh and Ram Kapoor) have a lookalikes, all with the same name. Saif and Riteish are best friends and are completely unaware of their other lookalikes who are also best friends. Also, the film has three identical Mamaji’s played by Ram Kapoor. In short, it's a story of three individuals having triple roles and the confusion that the plot creates.

Why should you watch: Sajid Khan is finally making the film of a genre that he is best at, comedy. Moreover, after a long time we would see Saif Ali Khan do an out an out comedy, which will be a welcome change to watch.

Synopsis: It's the story of a young girl who takes on the mission to create awareness and movement against cow slaughter. The girl is in love with the male lead Sufi Quraishi who is also involved with the brutality towards the cow. She tries to find the culprits behind the illegal cow slaughter. When she finds out that even Sufi is involved in this illegal act, she first changes Mr Quraishi and with his support finds the political - crime group involved in this..

Why should you watch: This is the first time a subject like this has been taken up.