Movies to watch this week: MSG: The Messenger and Roy 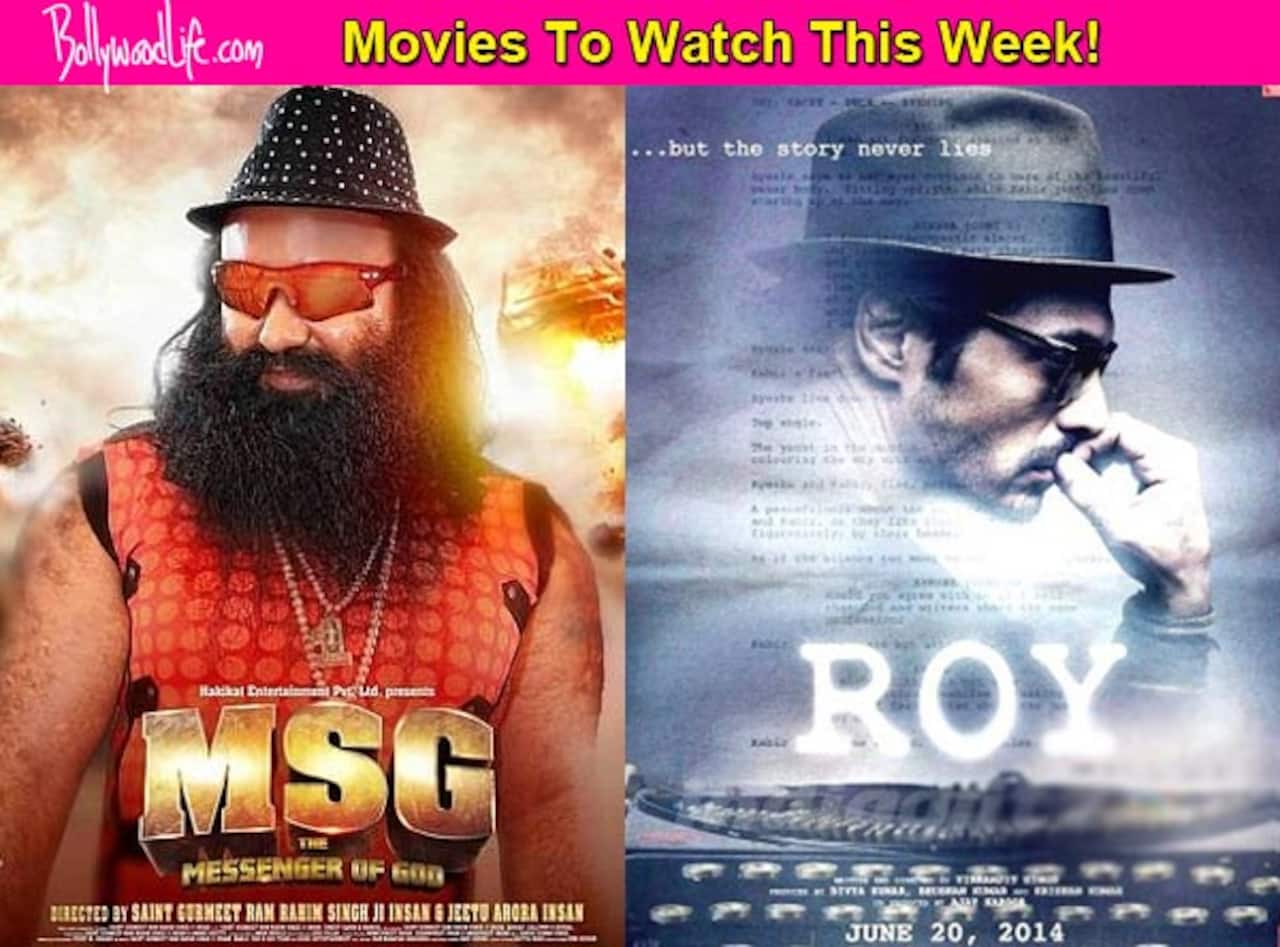 Arjun Rampal and Ranbir Kapoor are back with a film after long. Competing with them is the Dera Sacha Sauda chief's much hyped controversial film...

Synopsis: Guru ji (Singh) is a spiritual leader who has a huge follower base. He has accepted the challenge of eradicating social evils including drugs and gender-related issues that have been prevailing in the society. Those with vested interest and apathetic towards the welfare of the society are now disturbed as there's someone who has taken control of the situation. They conspire to kill him.

Why should you watch: The spiritual leader has a super fan following and that itself will be a huge crowd puller. Also the trailer and promos have not just made us guffaw but literally made us go ROFL. The songs too are entertaining with all the unintentional comedy going around.

Synopsis: Roy (Ranbir Kapoor) is a mysterious thief whom nobody is able to get their hands on. Kabir Grewal (Arjun Rampal), a film maker, seems to be the only one making profit from all of Roy's robberies. That is, by making multiple films based on Roy's life and robberies, all achieving high success. Ayesha (Jacqueline Fernandez), another filmmaker, is the new girlfriend of Kabir, who is also a playboy. How these three characters' lives merge together in one dramatic, romantic and suspenseful thriller is what is in the story.

Why should you watch: Ranbir Kapoor is coming in a film after a long gap. It will be refreshing to see him onscreen. Same is the case with Arjun Rampal. Jacqueline Fernandez is coming back after the super success of Salman Khan's Kick and it will be interesting to see if she can hold on to the stardom well or not.

So go ahead BollywoodLifers, take your pick for this week and enjoy.