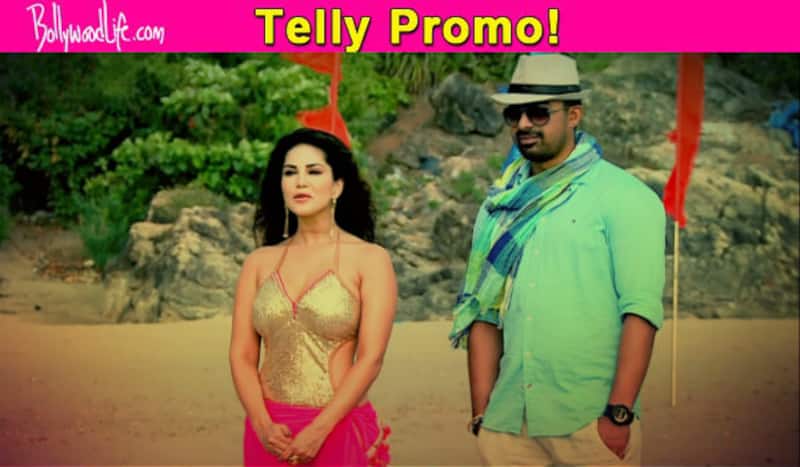 MTV Splitsvilla 8 is all set to hit the tube on July 4, 2015 and the first look of the show is out. This time the show is going to be all about what women want. 14 girls are looking love and this season they have some really cute and hot boys to pick from. Also Read - From Kangana Ranaut to Sunny Leone: 7 Bollywood actresses who have the hottest navel piercings [View Pics]

This season Rannvijay Singh Singha is back as the host of Splitsvilla and boy does is look hot coming out drenched in sea water. And then Sunny steps into the frame in her hot golden bikini - too hot! The promo showcases how the boys try every trick in the book to woo their girl. Like every season this one will also have controversies, romance, drama, tears, betrayals and a lot more. Also Read - Before Ranveer Singh, Asim Riaz, Kashmera Shah, Mandana Karimi and more TV celebs who burnt the screens with their NUDE photoshoots

The promo reveals several interesting scenarios in the show that will take you by surprise. A girl reveals that she is bisexual and likes both a boy and a girl in the show. Ahem...ahem. Interesting! You will also see Kaisi Yeh Yaariyan’s Utkarsh Gupta aka Dhruv showcase his real side on the show. There’s also MTV’s Warrior High’s Ayaz aka Amaad Mintoo being quite the charmer and trying his best impress the girls. Paaras Chabra, Sara Khan’s ex-boyfriend is on the show along with Zaan Khan of PS I Hate You fame. We’ll soon come back with the full list of contestants and all that’s going to e different this season, until then watch the promo and tell us what you think of it. Also Read - Priyanka Chopra-Nick Jonas, Shahid Kapoor-Mira Rajput Kapoor and more celebrity couples who kept romance and PDA alive after having kids