MTV Splitsvilla 8: Sunny Leone's show to have a VIOLENT fight between Priyanka and Mia, queen Subuhi might get dethroned- watch video! 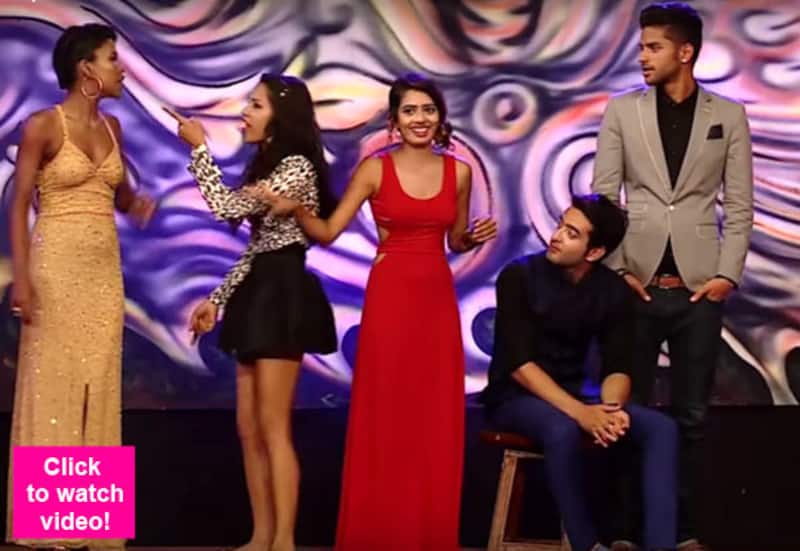 The upcoming episode is going to be a deadly one. Check out the promo right away!

In the last episode of Splitsvilla 8 hosted by Sunny Leone, we saw Vanessa and Reshu getting eliminated. The 'evil queen' Subuhi dumped the two as she wished to build a connection with Ishan. Paras and her were seen having a fight, after he generalized women, saying ," girls like to flirt." Along with Subuhi, king Paras had a brawl with his good friend Prince and got into a war of words with his connection Vanessa. All in all, Paras was the target in last episode and the upcoming one is going to be all about Priyanka and Mia!As we all know, the two got off on a bad foot since the start and have never been able to see eye to eye. In tomorrow's episode, their rivalry is about to get NASTY. The two will end up getting violent and physically assaulting each other. Apart from this, Karishma's secrets will be out in the open and the ones to reveal them would be Paras! Also Read - Esha Gupta, Disha Patani, Malaika Arora and more go from Pooh to Parvati; shed bold avatars for desi look

Check out the promo video below: Also Read - Alia Bhatt to Kangana Ranaut: Times when Bollywood divas' weird outfits made fans wonder if they forgot to wear under pants

This is going to be one helluva an episode so stay tuned! Also Read - 5 reasons why Bollywood is losing its charm and South industry is taking over