Mubarakan new stills: Anil Kapoor's charming swag will be the highlight of the title track

get ready to groove with Anil again, as the first song from his upcoming film, Mubarakan, will be out today.

We all love the infectious energy of Anil Kapoor. He can spring into the frame, dance and sing, and for some reason, you feel like tapping away too. He was matching steps with his much younger co-stars in the song, Gallan Goodiyaan from Dil Dhadakne Do (2015), and frankly we envied him for his vigour. Well, get ready to groove with Anil again, as the first song from his upcoming film, Mubarakan, will be out today. This will be the title track of the film, and has been composed by Amaal Malik. Also Read - Shanaya Kapoor's luxurious home in Mumbai is no less than a princess' royal castle from a fairy tale – view inside pics

With just a few hours to go for the song's release, we got our hands on a couple of stills from it, which we present to you EXCLUSIVELY. One look at these pictures and it is clear that we are going to see Anil's swag that we love so much. Dressed in a white suit, and black bow tie, the actor is looking dapper AF. He will surely brighten up the screen with his zeal and energy. Also Read - #BLRecommends – Miss travel? Here’s an OTT watch list starring Hrithik Roshan, Kangana Ranaut, Deepika Padukone and more to satiate your wanderlust 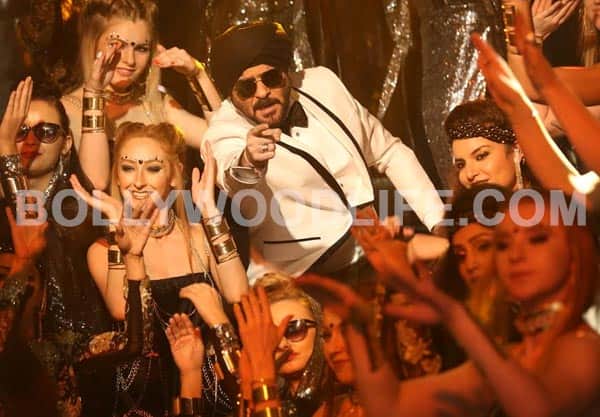 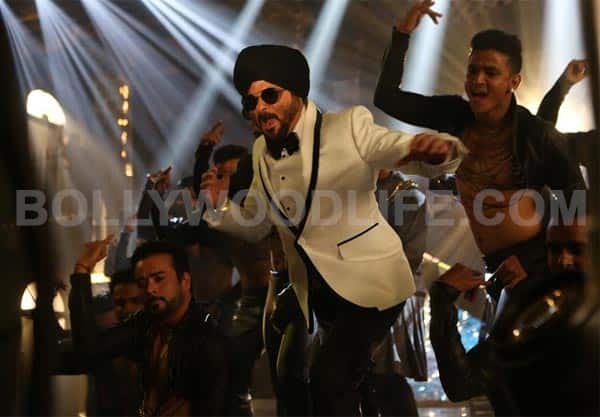 Mubarakan stars Ileana D'Cruz, Athiya Shetty and Arjun Kapoor in lead roles. The three actors will also appear in the soon-to-release song. From the glimpses of the song in the trailer, we can say that it will be an out-and-out party number.

Mubarakan features Arjun in double role - playing twin brother Karan and Charan. Their family, in London, is looking for prospective brides for them, while the two brothers try and juggle this with the fact they already have girlfriends. Confusion ensues when Anil enters the scene to help them out, but probably ends up creating more trouble.