Dhanush's Maari 2.will have a song by Ilaiyaraaja. 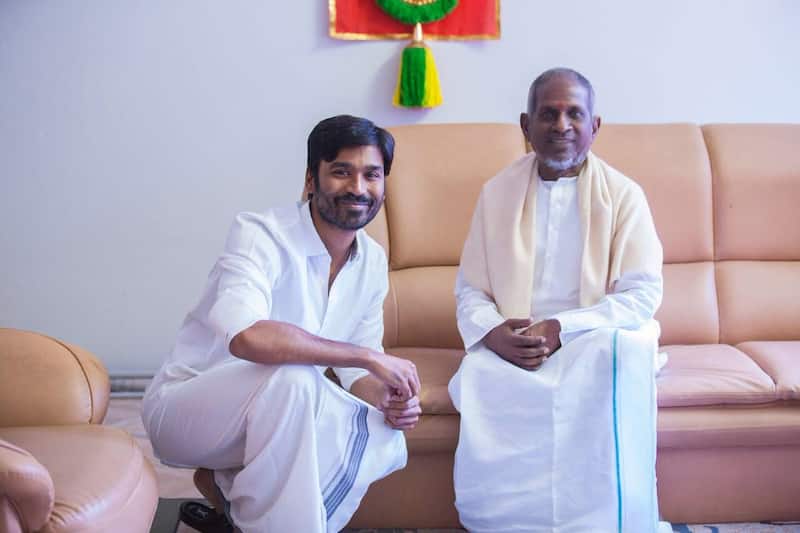 Dhanush is currently shooting for Maari 2, the sequel to his 2015 film. Recently a celebrity paid visit to the sets. He is no ordinary celebrity, he is the maestro of music across the world. His music has touched hearts across generations for eons! It's no wonder, Dhanush was super excited that Ilaiyaraaja was on the sets. But that's not where the good news ends. Turns out, the master musician has sung a song for this film. Here's what Dhanush had to say about the experience - So happy to announce that the maestro isaignani ilayaraja sir sang a song today for #maari2. What a delightful divine experience. We feel so blessed and super thrilled. @thisisysr @directormbalaji. For Dhanush, who croons a song or two in his films, this must have been a super experience. Also Read: Sai Pallavi to star opposite Dhanush in Maari 2! Also Read - Nayanthara, Sai Pallavi and more South Indian actresses with most lustrous hair; check their beauty secrets

Maari 2 will also star Sai Pallavi. This is the first time, Dhanush and Sai Pallavi are teaming up. Fnas are super excited because Sai Pallavi has proved time and again, that she is quite the performer. In fact, each of her films have gone to become super hits. With Dhanush and Pallavi teaming up, we can't wait to find out what this talented duo will have in store for us. Malayalam actor Tovino Thomas will play the lead antagonist. Also Read: Anirudh Ravichander will not compose music for Dhanush’s Maari 2 Also Read - Pushpa star Allu Arjun's extravagant home to Prabhas' picturesque farmhouse: Cost of lavish homes of South Indian stars will leave you stunned

The first part starred Kajal Aggarwal opposite Dhanush. The film went on to become a super hit depsite negative reviews. The Tamil actor played a fearless don with a garish taste for flower printed shirts and glares. In fact, Dhanush had even confessed that his role in Maari was one of his favourites - “My favourite is a Tamil film, Maari, that I did a couple of years ago. “I played a notorious don, who beats up everybody and bosses them around. However, there was certain silliness and playfulness about him. We all have some notions about gangsters, but this film broke all such stereotypes. I wore shirts with flower patterns and John Lennon sunglasses.” stated the actor while speaking with BT. Also Read - Salman Khan to Hrithik Roshan: Celebs make a style statement in lungis