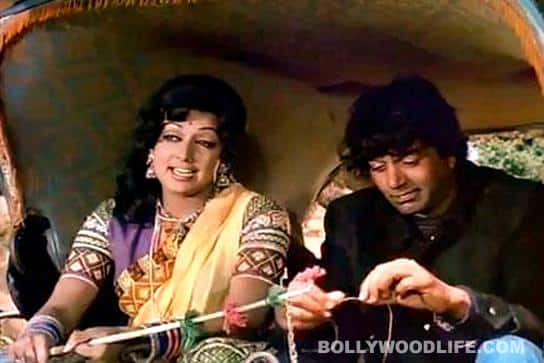 Why, after so many years, am I so in Bollywood’s thrall? It’s the stories, really. The ones you never see turned into films

Last week, a journalist asked me why, after nearly 20 years, I was still so enamoured of Bollywood. What was so compelling about the Hindi film industry? It’s the films, of course, but it’s also the outsized personalities, epic egos and the sheer, beguiling insanity of the place. Bollywood has the best stories—and I’m not talking about the ones on screen. Here are a few tales that I love to tell again and again. Also Read - Kangana Ranaut questions Saif Ali Khan's statement on distortion of historical facts - here's what she said

When Sholay was being shot in 1974-75, the Hema Malini-Dharmendra romance was slowly blossoming into a full-blown affair. The shoot was somewhat complicated because Sanjeev Kumar, also a suitor, was part of the cast. Unlike Dharmendra, he was single and therefore far more eligible. But Dharmendra was besotted and he wore his heart on his sleeve. When he and Hema shot romantic scenes, he paid the light boys to make mistakes so that he could embrace her again and again. Dharmendra and the light boys had a perfectly worked out code language: when he pulled his ear, the light boys would make a mistake—mess up the trolley movement or make a reflector fall—but when he touched his nose, they finished the shot. The fee was Rs 100 per retake. On a good day, the light boys made Rs 2,000. Also Read - Tanhaji The Unsung Warrior: Twitter terms Saif Ali Khan as second Rahul Gandhi after he criticises his own film over historical distortion

Sholay co-writer Javed Akhtar is a great raconteur—at one party, he whispered to me: “Aaiye, baith ke kisi ki buraiyyaan karte hain (Come, let’s sit and criticise someone).” Here’s a favourite Javed saab story: some years ago, he was waiting at the airport to pick up his brother when a man walked up to him and exclaimed: “Arre Gulzar saab, aap yahaan kya kar rahe hain (Ah, Gulzar saab, what are you here for)?” To which, Javed Akhtar, keeping a perfectly straight face, replied: “Main Javed saab ko receive karne aya hoon. Woh jab bhi kahin se laut te hain, main unko pick up karne haazir ho jata hoon (I’m here to receive Javed saab; whenever he returns from some trip, I turn up to pick him up).” Also Read - Anurag Kashyap: My idea of creating violence is to put the viewer off it, where it disturbs them

Javed saab has stiff competition from Shah Rukh Khan, who is also a tireless storyteller (fittingly, he traces his family to the Qissa Khawani Bazaar in Peshawar, the street of storytellers). One of the funniest stories he ever told me was about a bearded, arty-type director who narrated the following script to him: Shah Rukh plays a man who is unable to marry the woman he loves and becomes a Scarface-style mafia don. She marries a policeman. At some point, the cop chases the don and shoots him, but somehow the don ends up, wounded, on a train with his ex-love. He is thirsty. She is pregnant. There is no water. So she does the only thing left to do: take out her breast and offer him her milk, after which, and I quote Shah Rukh here, “Somehow their relationship changes to that of a brother and sister”.

Shah Rukh said that when he told the director that he found the scene odd, the director was very upset and accused Shah Rukh of having dirty thoughts!

This last story may or may not be true, but it’s delicious. Almost a decade ago, when mafia threats, shootouts and extortion calls were commonplace in Bollywood, a D-Company gangster rang Raj Kumar Santoshi. He wanted the director to make a film for him. Santoshi reluctantly agreed. But Santoshi isn’t exactly a budget-sensitive filmmaker (recall that bloated stinker China Gate?). First, he asked the gangster to send several lakh for script development. Then, he requested money for set design, and soon after, even more to start recording the songs. The gangster had invested Rs 20-30 lakh even before a single shot had been canned. The reverse extortion worked magic. The next time Santoshi rang him to discuss the film, the gangster refused to take the call.

Does any other world offer this? Which is why I am still here, taking notes.