However, with the average reviews received for the movie, it remains to be seen how Naam Shabana manages to work around the weekend. 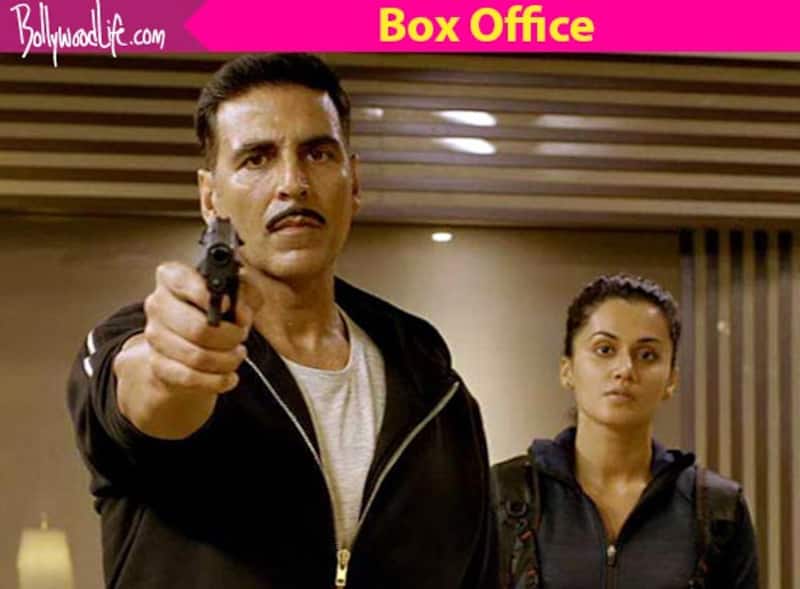 Naam Shabana, the major Bollywood release this Friday, is the spin-off as well as prequel to 2015 superhit movie, Baby. Taapsee Pannu, who had a small but important role in Baby, is the lead here as the movie shows her progress from a serious college student to being a part of the Baby team. Though Akshay Kumar is not the lead this time, he will be having an extended cameo. But the promotions have quite disregarded the fact, and the promotions have ridden on Akshay's awesome star power. This has also helped the movie get off to a very decent start at the box office too. Also Read - Akshay Kumar responds to a man complaining about his film Bell Bottom having certain 'things against Pakistan'; says, 'Don't get so...'

Eminent trade analyst Taran Adarsh had tweeted about the day one collection of the movie, and it looks like the Taapsee Pannu starrer has got off to a good footing, collecting Rs 5.12 crores at the box office. Taran Adarsh had mentioned that the movie benefitted from evening shows. However, as expected, it was not enough to break the day 1 collection of Baby, which had grossed over Rs 9 crores on the first day. Also Read - Shah Rukh Khan, Aamir Khan, Salman Khan and more biggest superstars of Bollywood and their first salaries

However, with the average reviews received for the movie, it remains to be seen how Naam Shabana manages to work around the weekend. With last week's release, Phillauri not performing well over the week and Poorna catering to niche audience, Naam Shabana does having much of a competition per se. So hopefully, we can see the movie better its collections over the weekend. Also Read - Kareena Kapoor Khan to Aishwarya Rai Bachchan: Bollywood actors who were labelled as MOST arrogant