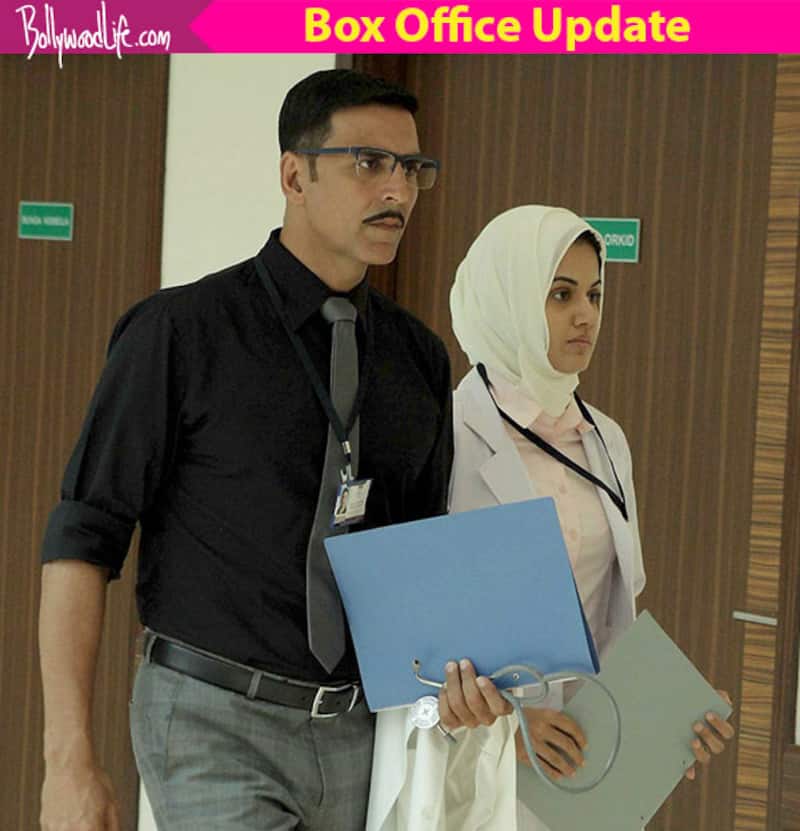 Akshay Kumar and Taapsee Pannu's Naam Shabana just couldn't live upto the expectations. Despite having a hit film behind in Baby and a superstar like Akshay in the milieu, the film failed to make any difference at the box office. In seven days, it could earn only Rs 27.81 crore. Taran Adarsh shared the figures saying, "#NaamShabana Fri 5.12 cr, Sat 6.37 cr, Sun 7.27 cr, Mon 2.54 cr, Tue 2.50 cr, Wed 1.80 cr, Thu 1.58 cr. Total: ₹ 27.18 cr. India biz." As you can see, the film just couldn't recover from the dip it saw post Sunday and earned a lot lesser than expect.

Taran Adarsh too talked about how Naam Shabana failed to make a mark at the box office. He writes, "#NaamShabana has not been able to make a mark... Riding on high expectations, the biz grew over weekend, but was low on weekdays..." So what didn't work for it? We feel it's critics' thumbs down to the film made things difficult for the film at the box office. Bollywoodlife’s film critic Sreeju Sudhakaran gave it a 2 and a half stars saying, “Naam Shabana is like two movies rolled into one. While the first half shows how Shabana gets into the secret service program, the second half focuses on the mission in Malaysia. This could not have been a bad thing if the second half hadn’t completely alienated the events of the first half, and even ignoring to some extent, Shabana herself. Akshay Kumar, who was supposed to be just a cameo, gets to do a lot more than ‘bahut door se aaya hoon, kuch toh karne do." Also Read - Trending Entertainment News Today: Shehnaaz Gill breaks silence on sudden exit from Salman Khan's film; Taapsee Pannu's scuffle with paparazzi and more

The Quint in its 2.5 stars review said, “When Pannu is sent all the way to foreign land to interrogate a woman, she asks Akshay Kumar’s character why he couldn’t do it himself. He says, “Kya main aapko zabardasti kerta achha lagta?” For a film that claims to chart a new course on gender equality it surely knows how to preserve stereotypes! At one point, right after making mincemeat of criminals, she suddenly freezes and must be rescued by Akshay Kumar, who drags her confused self out of ground zero. This makes all her “toughness” seem more robotic than organic. It’s just very odd. As is her instant parlour-curled hair right after vigorous combat. Like really?” Also Read - Taapsee Pannu gets into a heated argument with paparazzi for arriving 'late' at Dobaaraa event: 'Mujhse tameez se baat kijiye'

We wonder what will become of this film now.