Here's what the audience has to say about Taapsee Pannu and Akshay Kumar's Naam Shabana.... 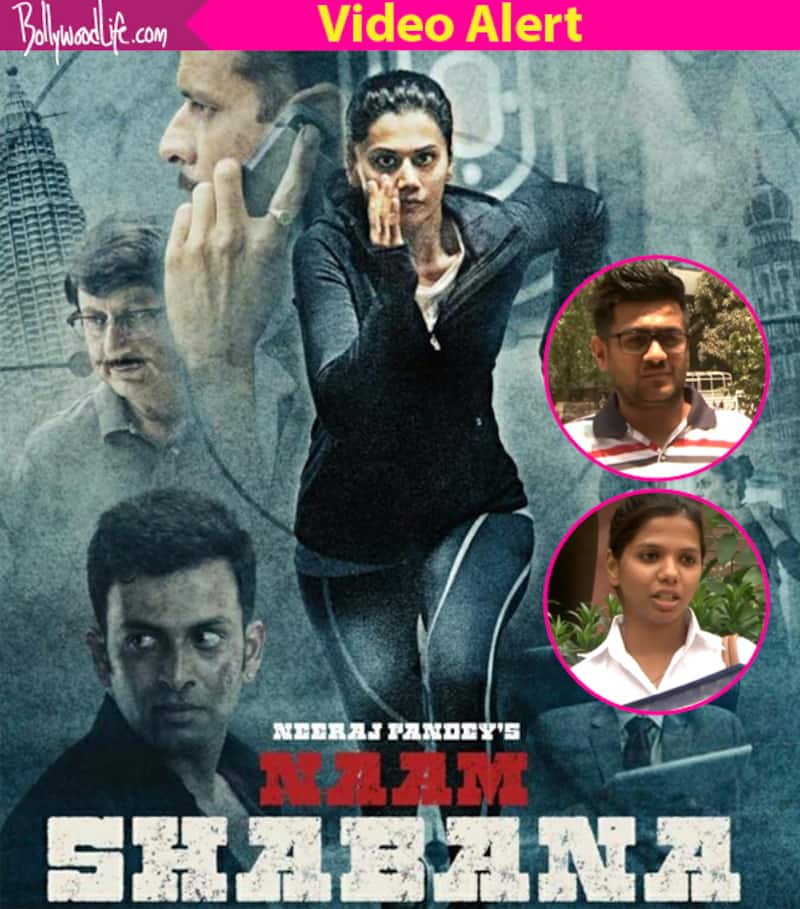 Taapsee Pannu, Akshay Kumar and Manoj Bajpayee's Naam Shabana has released and looks like the audience can't stop gushing about it. Though the film started off with an average occupancy of just 10-15 per cent across India, whoever has seen the film has praised it. Movie-goers have liked the story as well as the performances delivered by the star cast. In fact, several people have also gone on to call it a SUPERB film! Also Read - Taapsee Pannu to Kareena Kapoor Khan; celebs who insulted the paparazzi and indulged in heated arguments with them

For those of you who haven't seen the film, Naam Shabana is a prequel and a spin-off to Baby (2015). It is the back-story of intelligence agent, Shabana Khan (Taapsee Pannu) and how she loses her boyfriend, fights for justice, gets recruited in a spy agency and goes on her first undercover mission. Akshay Kumar also makes a small yet important appearance in the movie. ALSO READ - Taapsee Pannu and Akshay Kumar's Naam Shabana has a poor start; registers an occupancy of 15 per cent Also Read - Dunki: Taapsee Pannu on pictures from the sets being leaked; REVEALS Shah Rukh Khan, Rajkumar Hirani’s shocking reaction

But even while the audience has been praising the movie, the critics haven't really liked the movie. Our reviewer, Sreeju Sudhakaran mentioned, "Watch Naam Shabana purely for Taapsee Pannu’s fine performance and Akshay Kumar’s enjoyable cameo, and also if you loved Baby too much. Just don’t go into theatre expecting another quality stuff like Baby, even if the movie forces us to draw comparisons." If that wasn't bad enough, popular film critic Anupama Chopra called Naam Shabana ill-logical. As she revealed in her video review, "Naam Shabana is convoluted, ill-logical and despite all the twists and turns, it is flat-out tedious." ALSO READ - Naam Shabana movie review: The Baby spin-off works only thanks to Taapsee Pannu and Akshay Kumar Also Read - Trending Entertainment News Today: Shehnaaz Gill breaks silence on sudden exit from Salman Khan's film; Taapsee Pannu's scuffle with paparazzi and more

With such reviews, the film has obviously started off on a disappointing note at the box office. However, with the word-of-mouth publicity building around the movie, we expect it to see a growth over the weekend. Till then, check out the public review in the video above and stay tuned to BollywoodLife as we get you all the latest updates about Naam Shabana right here...