Naam Shabana movie review: The Baby spin-off works only thanks to Taapsee Pannu and Akshay Kumar

Naam Shabana is one of the rare movies where the second half fares better than the first. 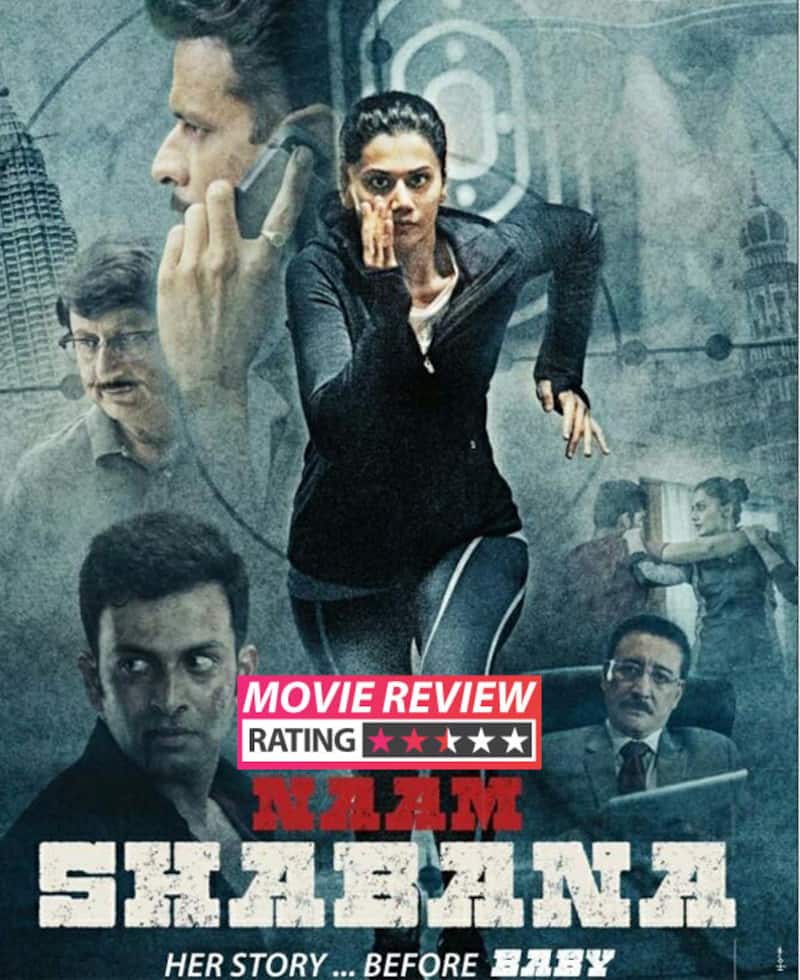 The concept of spinoffs is a novel one in Bollywood which the makers of Baby are trying with Naam Shabana. Taapsee Pannu is the main lead in the movie, while Baby's original lead Akshay Kumar is seen in an extended cameo. Naam Shabana is directed by Shivam Nair, while Baby director Neeraj Pandey has penned the screenplay and serves as a creative consultant. Here's our review of Naam Shabana… Also Read - Shah Rukh Khan, Disha Patani, Ranveer Singh and more: Bollywood actors and their lesser-known siblings

The movie begins three years before the events of Baby, setting the plot around 2011. Indian secret service suffers humiliation when they are unable to catch a dreaded arms dealer, Mikhail, who kills two of their agents. The action moves to Mumbai, where we find Shabana (Taapsee Pannu), a Commerce student who is also a Kudo champion. She is being tracked by this secret agency for some time without her knowledge. One fateful night, during a late night ride with her boyfriend, a group of hooligans accost them and her boyfriend is killed in the process. When Shabana doesn't find justice for the murder in law, she receives a call from Ranveer (Manoj Bajpayee), one of the senior officers in the secret service. He helps her take revenge on the main killer, while inducting her in his team. Once her vendetta saga is over, she is trained to become a secret agent, and then given her first official mission and that involves assisting Ajay Singh Rajput (Akshay Kumar) to eliminate Mikhail. Also Read - Kartik Aaryan has an epic reply when called 'a replacement star'; it'll win non-fans over

The concept of having prequels/spinoffs is alien to Bollywood, and the makers need to be lauded for taking a risky path and offering something new to the audience. Baby was one of the most loved movies in 2015, and Taapsee's track, even though it was a small one, was one of its best parts. We had this curiosity to see more of her character in action, so we welcomed the idea of her having a solo movie. It also helps that Taapsee is a fine actress and she holds the film, well most of it, on her slender but strong shoulders. Of course, she shines in the action sequences, but there is also a scene where she retells her dark past to her boyfriend, where we get to see her emotional side and the actress has nailed it. Akshay Kumar continues his fine form, nailing the role with his dry humour and terrific body language. The dialogues given to both Kumar and Bajpayee are witty and aim to please the frontbenchers (though one dialogue of Manoj Bajpayee deriding our sportsmen could have been avoided). Naam Shabana is one of the rare movies where the second half fares better than the first. There are far more engaging scenes, especially towards the latter part of the movie. The hand to hand action combat is done well, though it needed a little more conviction. The Baby references also work well, most of the times, especially when Anupam Kher makes his entry.

Naam Shabana is like two movies rolled into one. While the first half shows how Shabana gets into the secret service program, the second half focuses on the mission in Malaysia. This could not have been a bad thing if the second half hadn't completely alienated the events of the first half, and even ignoring to some extent, Shabana herself. Akshay Kumar, who was supposed to be just a cameo, gets to do a lot more than 'bahut door se aaya hoon, kuch toh karne do.' In fact, his presence actually overstays its welcome, distracting the audience from the actual protagonist. Which begs us to ask, why send a rookie like Shabana on such an important mission, when Rajput was enough. Shabana and Rajput's partnership is not fleshed out well. This leads to our next - why was Ranveer and his team using their resources to stalk Shabana so much, that it becomes creepy? She is not even that extraordinary in the first place, except that she has the thirst to kill, if the need be. If I was in Shabana's place, I would not even have entertained Ranveer's calls no matter how important info he had. And I would have checked my bathroom for any secret cameras. And also, why was India's secret service helping a candidate in her revenge killing that they even sent their best officer to help her? They never even bothered to stop her boyfriend from getting killed, when they could have. The screenplay is filled with such loopholes, that we wonder whether it is really written by Neeraj Pandey. Poor Prithviraj is wasted in a badly-written role, that only gives him one scene to shine. Manoj Bajpayee gets sidelined in the second half, after having an overbearing presence in the first. The songs are plain average and a complete hindrance to the narrative, while the editing needed to be much crisper.

Watch Naam Shabana purely for Taapsee Pannu's fine performance and Akshay Kumar's enjoyable cameo, and also if you loved Baby too much. Just don't go into theatre expecting another quality stuff like Baby, even if the movie forces us to draw comparisons.