Nadigar Sangam members have requested the media not to cover their silent protests for Jallikattu. 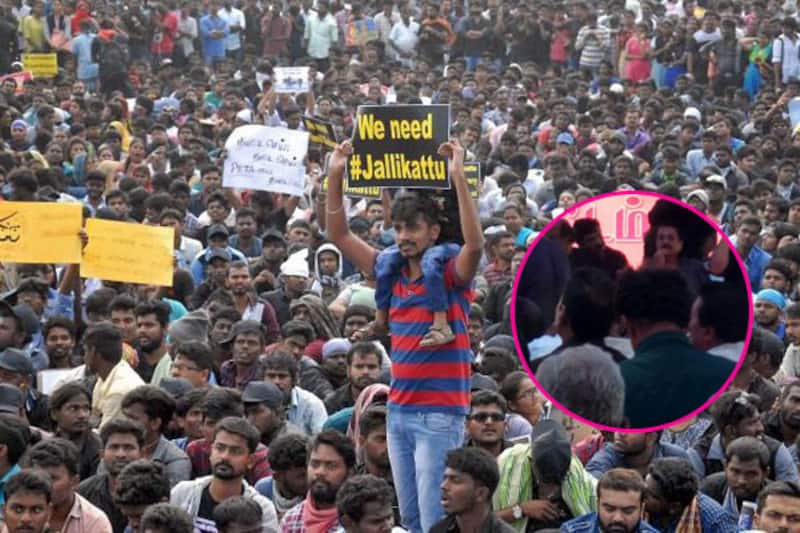 While the youngsters of Tamil Nadu have been staging a silent yet impassioned protest against the ban on Jallikattu since Monday, celebs of Kollwoods joined in today. It was part of the day long fast organised by Nadigar Sangam ( South Indian Artists Association). Ajith Kumar, Dhanush, Rajinikanth, Suriya, Jiiva, Shalini, Sathayaraj, Jayam Ravi, Trisha, Karthi, Vishal and the head of the Nadigar Sangam, Nasser were present on the grounds to show their support. But as per leading reports, the South artists body kept the gates shut to stop the media from entering, They requested the media not to cover their protest as they didn't want the limelight to shift from the protestors to the celebs. Here's what Nasser had to say, as per a leading daily, "A symbol of the age-old Tamil culture is under threat. Students and youth have taken it upon themselves the task of rescuing the sport. They have attracted children and women to the protests. The South Indian Artistes Association wholeheartedly supports the protests. We are holding a silent protest to show solidarity. The actors are not going to make any statements. We will stand by and watch the real heroes - the youth - continue the protest." Simbu and Ilayathalapathy were absent from this silent protest. Also Read; Rajinikanth, Ajith, Dhanush join protest against Jallikattu ban being held in Chennai Also Read - Trending South News Today: Resul Pookutty takes a dig at SS Rajamouli's RRR, Rajinikanth lauds R Madhavan's Rocketry: The Nambi Effect and more

Even celebs from other industries have expressed their support. Mahesh Babu took to Twitter to voice his support for the protestors of Tamil Nadu.Pawan Klayan believes this ban 'is an attack on Dravadidan culture and its integrity.' Tamil unions have also lent support to the pro-Jallikattu protests. Cinema Halls have been shut today until 6 in the evening. Also Read - Uorfi Javed, Mandar Chandwadkar, Shah Rukh Khan and more celebs who became victims of death hoaxes

The Supreme Court upheld the ban on this ancient sport last year based on a petition filed by PETA, The protestors are now contesting this ban and will stay put, until the ban is lifted. Tamilians believe this sport is symbolic of their tradition and culture and assert that it is not a cruel sport, as it is made to seem. Also Read - Trending South News Today: RRR beats Top Gun Maverick and The Batman, Mahesh Babu trolled by his own fans and more