Nani introduces baby Arjun with this pic and it's 'AWW'DORABLE!

Nani introduces his son Arjun to the world and it's too cute for words. 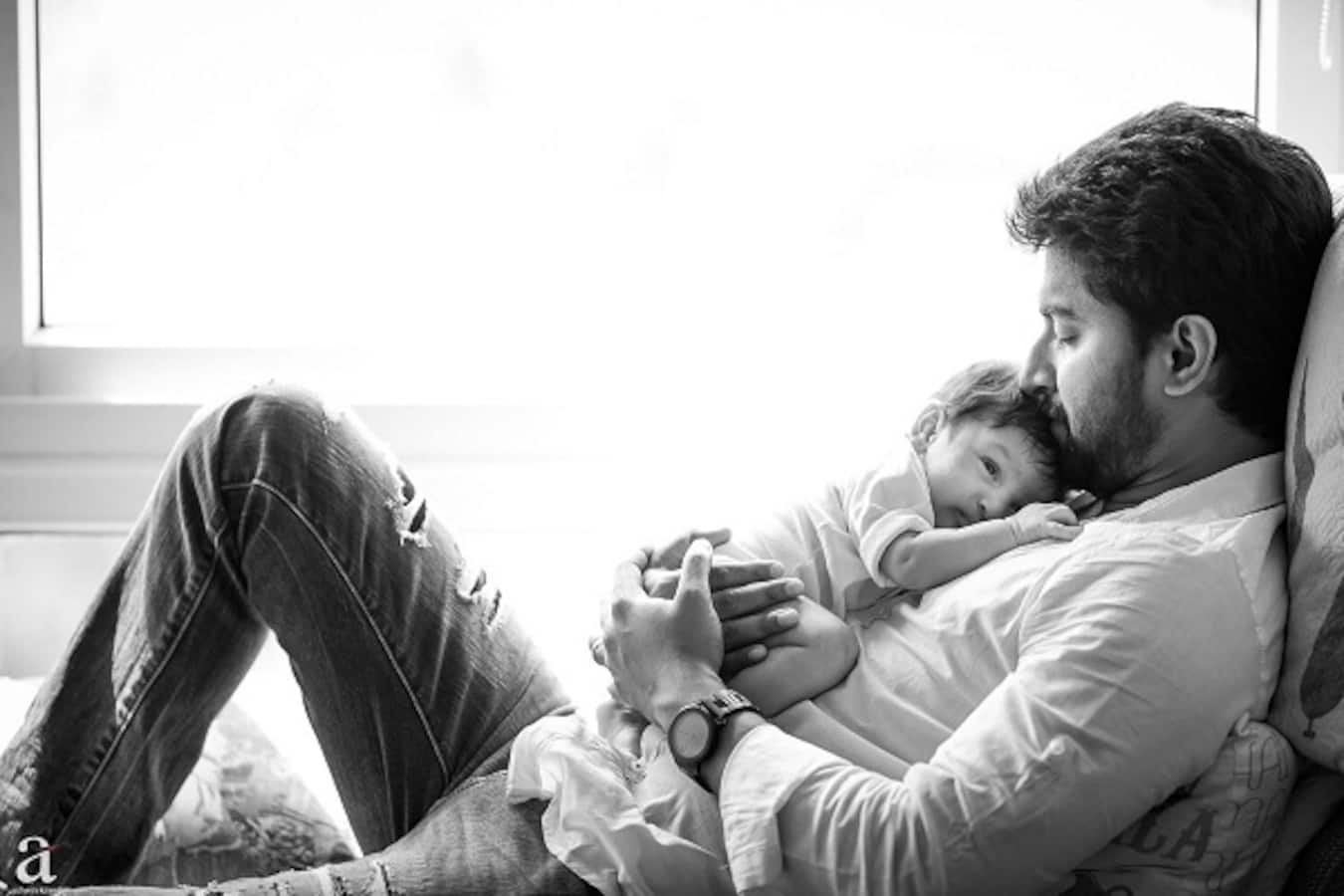 Two months ago, Nani was blessed with a baby boy on the auspicious occasion of Ugadi. Considering, it was the couple's first child together, it called for a grand celebration. It was in 2012, the couple got married. Now here's the best part - Nani has taken to social media to introduce his 2.0 version who he calls Arjun to the world! The pic of the father-son duo is too cute for words! 'Say Hi to everyone Arjun :) #Nani2point0' says the proud father. Also Read - Nani 30: Mrunal Thakur teams up with Nani for the first time ever in Telugu film; here’s everything you need to know about the new movie

The actor was last seen in Nenu Local. The film also starred Keerthy Suresh. The movie opened to decent reviews. He had three releases in 2016 - Krishna Gaadi Veera Prema Gaadha, Gentleman, Majnu all of which fared decently at the box office. He is now shooting for Ninnu Kori. The film stars Nivetha Thomas. The duo are etaming up again after Gentleman. At the launch of Ninnu Kori, Nani expressed his excitement over the project - “I am fortunate to get good scripts continuously. After Nenu Local when Siva narrated me the script, I felt that this is the right film for me and immediately agreed to do this film. This movie will be an entertainer with an interesting point. I love this team and I am very happy to work with Siva, Kona Venkat, Karthik Ghattamaneni, Gopi Sunder and Nivetha Thomas. I am working for the first time with Aadi Pinisetty. This will be another success for me." stated the actor at the launch of the movie as per reports on Indian Express. Also Read - Kundali Bhagya upcoming twist: Prithvi to re-enter Preeta and Arjun's lives; create havoc with his evil plan

Say Hi to everyone Arjun :)#Nani2point0pic.twitter.com/dJZfio5890

Nani first started off as an assistant director and then went on to become of the most popular Telugu actors. Reports suggest, this actor boasts of six consecutive hits in a span of two years. Very few have managed this commendable feat. Also Read - Liger star Vijay Deverakonda trolled for calling himself a 'self-made star'; here's a list of other Tollywood actors who made it in the industry on their own