Narendra Modi learns the tricks of trade from Rajinikanth! 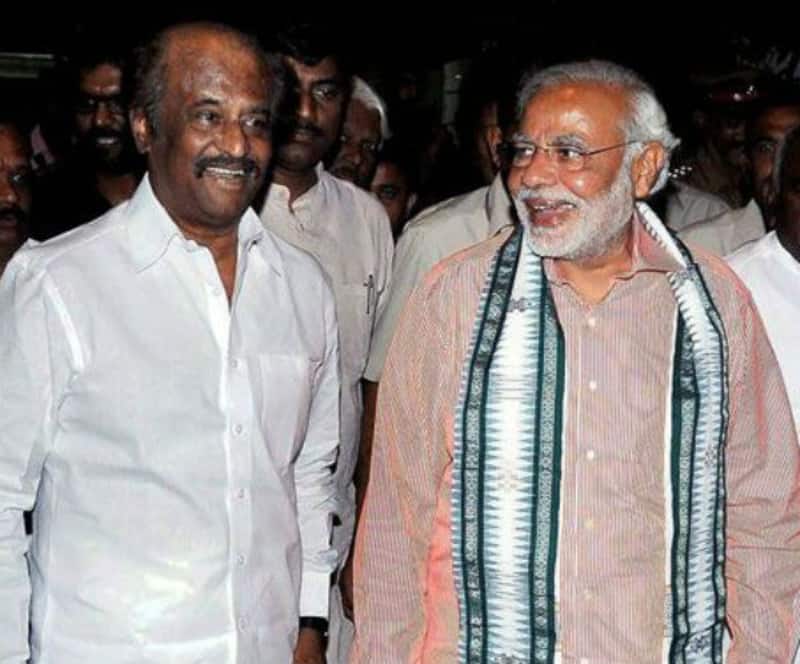 Narendra Modi and Rajinikanth come together yet again! This time not for a cup of chat and chit-chat, but a hilarious animated video. If Kochadaiiyaan is scoring well at the box office, we're sure this video will also be a blockbuster with two of the most talked men in action. For years, Rajinikanth jokes have ruled the internet. The Rajinikanth gags had captivated the imagination of the masses and the day was not far when Rajini sir would have to prove his super powers to the world and rubbish the jokes. Well, after Narendra Modi's stupendous victory, one can say that the Thalaiva has proved his might and even transferred some of his powers to NaMo. Also Read - Kamal Haasan heaps praises on Rishab Shetty after watching Kantara; gets inspired by the storytelling

We all know how Modi met Rajinikanth at his home in Chennai before the elections. It was considered to be a political discussion between the two but the duo put the speculations to the rest stating it was just a friendly meeting. Apparently, Modi met Rajinikanth for his blessings and Rajini in return taught him some tricks of the trade of the super hero business to help Modi win elections. Atleast that's what this fun video doing rounds in the internet suggests. Also Read - Trending South News Today: Teary-eyed Mahesh Babu bids a final adieu to father and Superstar Krishna, Ponniyin Selvan 2 release date revealed and more

An interesting animation video designed by So Sorry! team of Aajtak has taken the social networking sites by a storm. The cartoon shows Rajini in action teaching and training Modi to be a super hero. The video shows Modi flying around the world replicating Rajinikanth's famous antiques like his unique style of wearing goggles and his gum popping stunts. We also see a NaMo sporting a superman costume and flexing his muscles in an intense training regime designed by the Thalaiva. With the famous Vetri Kodi Kattu song playing in the background, Modi treads on Rajini's footsteps and Rajini's acts from Chandramukhi and Padaiyappa. Also Read - Kantara star Rishab Shetty to Samantha Ruth Prabhu: South Indian actors who did odd jobs before hitting gold in the film industry

With Modi set to sit on PM's chair, one cannot ignore the role of Rajinikanth on his historic victory. We hope that friendship between Thalaiva and NaMo remains strong over years, transforming India into world super power with their very own super powers.