Nargis Fakhri and Uday Chopra love story: A peek into their relationship from 2012 to 2016!

Here's a timeline of their on and off relationship that came to an end recently. Read on...

Nargis Fakhri and Uday Chopra's sudden breakup was a big shock. Although we aren't surprised to hear about another breakup in tinsel town, we are upset over the fact that this time Nargis and Uday called it off. Well, to be more technical, it was Uday who called it off and that too on Whatsapp, as we exclusively broke the news earlier. It is quite disheartening to learn about this news as only recently did Nargis open up publicly and shed light on her relationship with the Yash Raj honcho. Yes, the rather controversial interview which involved pubic hair and genital talks, also spoke vastly of her relationship with him. Also Read - Azhar actress Prachi Desai: No point denying nepotism, it’s there and probably going to be there

The reasons cited by our source said that it was her career oriented nature that made Uday call it off. The duo were about to get married before he ended this two year long relationship. Unable to bear with this heartache, Nargis had a nervous breakdown and instantly flew off to New York amidst promotions of Azhar, Housefull 3 and shooting of Ravi Jadhav's Banjo. The actress' spokesperson however, denied reports citing health issues being the reason behind Nargis' sudden exit from the country. We now take a look at 6 highlights of their relationship. Also Read - Armaan Malik deletes all his Instagram posts with a cryptic note, and we wonder what’s happening?

# Nargis and Uday's Twitter handles were what grasped our attention initially as all they had were some really hilarious liners shot at each other. In fact, we too found out that something was cooking between them thanks to their Twitter chats. Also Read - Aamir Khan's Dangal, Sonam Kapoor's Neerja and Sushant Singh Rajput's MS Dhoni - The Untold Story - which is the best biopic of 2016? Vote now

# When Uday came for Madras Cafe's screening in 2013 to support his lady love Nargis and couldn't keep his hands off the diva. 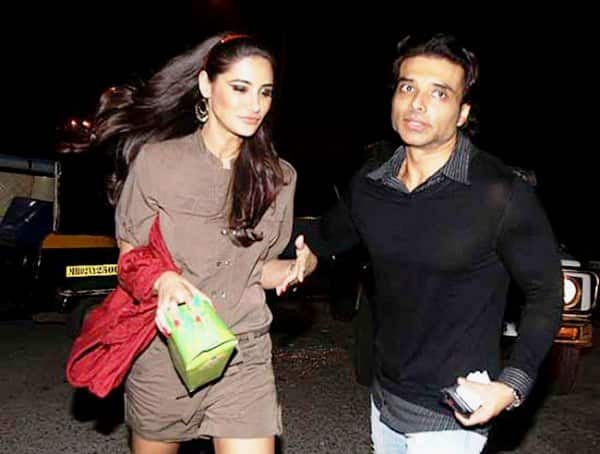 # Of course, the famous beach picture of the duo's Maldives vacation in 2014 that cleared all our doubts about their relationship. While Nargis donned a sexy black bikini, Uday was spotted shirtless. This picture further fueled the buzz. # The Diwali party in 2014 where the British beauty looked stunning in ethnic avatar while Uday too was all smiles next to her. Not only did they look cute together but confirmed their relationship status too. 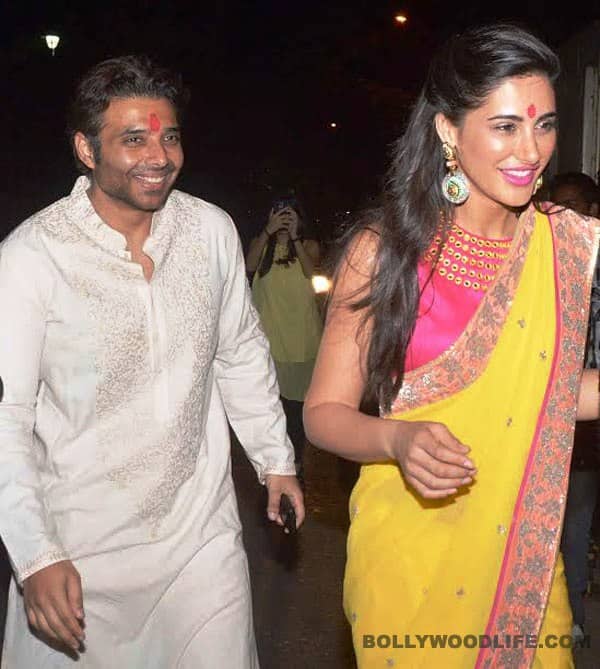 # Their constant Twitter banter and PDA is something that never went amiss from our gaze. From his cheesy one liners to her responses for the same, it was really entertaining. Even this year, the couple had a rather entertaining V-Day wish for each other consisting of sweating love!

On Valentine's Day, I even sweat hearts for you... @NargisFakhri pic.twitter.com/BcUo0qaPqa

# Soon, during Azhar interviews, Nargis went all out in proclaiming her love for boyfriend and soon to be husband Uday. In fact, she even gave out more information than asked for as she spoke about why she wouldn't ever leave the Yash Raj scion.

Sadly, this relationship too has come to an end. However, we still hope for them to reconcile so what are your thoughts on this? Tell us in the comments section below!