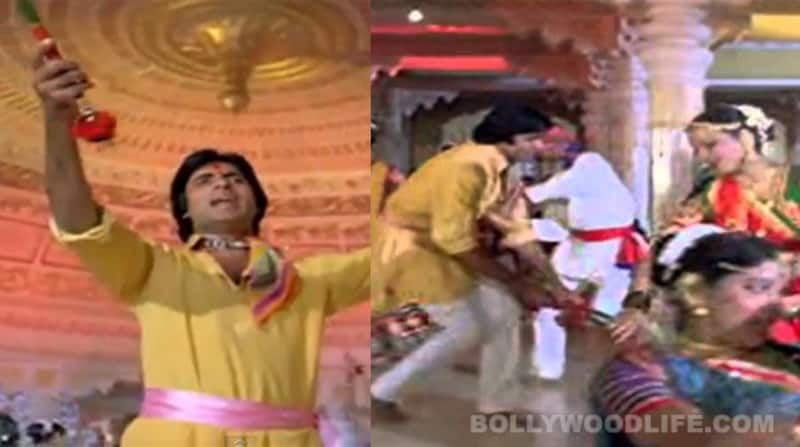 Sabse bada tera naam is classic garba and dandiya number from the film 1979 hit film Suhaag which starred Amitabh Bachchan and Rekha in the lead. Sung by Mohammed Rafi and Asha Bhosle, this song has a spiritual touch to it and is dedicated to Sherawali Maa. Though the film released around three decades back, this spiritual song is still popular and is played during Navratri celebrations. The music of this song is composed by Laxikant-Pyarelal and lyrics have been written by Anand Bakshi. In the video, you see Amitabh singing praises of Sherawali Maa and the actor does it with so much conviction that you can feel his bhakti and devotion for real. Also Read - Goodbye: Here’s why Rashmika Mandanna didn’t choose a typical masala film as her Bollywood debut [Exclusive]