On Navya Naveli Nanda's podcast, her grandmother Jaya Bachchan had said that she doesn't have a problem with her granddaughter having a child out of wedlock. Navya has now addressed Jaya's statement. 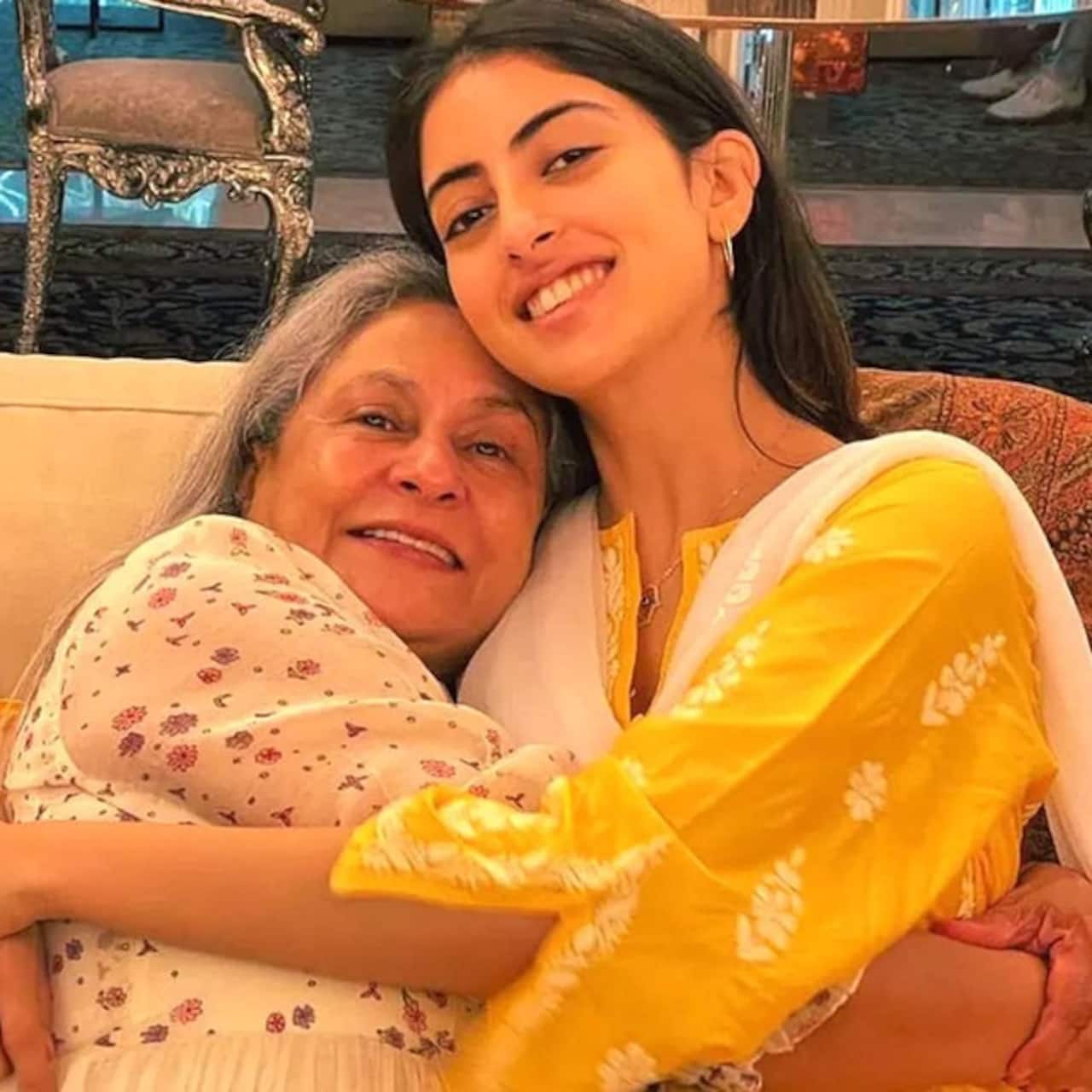 On Navya Naveli Nanda's podcast, her grandmother Jaya Bachchan had recently said that she doesn't have a problem with her granddaughter having a child out of wedlock. She also said that physical attraction is very important adding that relationships can't last on love and adjustment. Navya has now addressed Jaya's comments saying that the whole point of her podcast is to create a safe place for women to talk to about them about anything and everything. Also Read - Ranbir Kapoor-Alia Bhatt join Kareena Kapoor Khan, Saif Ali Khan and others for a fam jam; Navya Naveli Nanda is all smiles with Kapoor clan [View Pics]

In her new interview, Navya said that they have got an episode where they talk about women health and hygiene. She feels that when you create an environment where you can talk openly about relationships and friendships without any judgements and don't feel uncomfortable. "Conversation was easy and I stepped outside my comfort zone," she added. Also Read - Aaryan Khan, Suhana Khan, Janhvi Kapoor and more: Bollywood star kids who are ruling the headlines for their alleged love affairs

"I think that when you are putting yourself out there, you have to understand that something that you are sharing with the world, your opinions, people may agree, people may disagree, but I think that the purity and motivation behind this podcast have really nice fun intelligent conversations," Navya told NDTV. Also Read - Suhana Khan and Agastya Nanda dating: Is The Archies stars' relationship for real or is there something else?

During the podcast, Jaya had said that it is important for people to experiment with their relationships so that they find themselves if they are compatible enough to share their lives with each other. She added that in their times, they couldn't experiment but today's generation does.

The veteran actress then went on to say that if you had a physical relationship and you still feel that their relationship is not working out, one should be okay with it. Giving one advice to the younger generation, Jaya said that one should marry their best friend whom you can discuss and say that I would like to have a child with you because I like you and let's get married. She added that even if Navya has a child without a marriage, she doesn't have a problem.